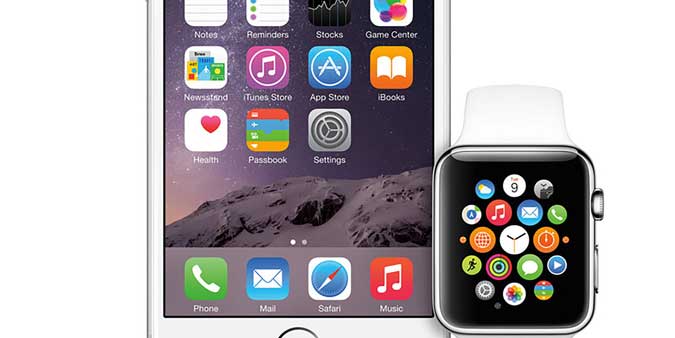 The most impressive thing about Apple’s iPhone 6 launch event was not the hardware, software or the company’s fantastic ecosystem. It wasn’t Apple Heath or even Apple Pay. It was Apple’s clear and well-executed strategy.

While the Street was not impressed with any of it (as evidenced by the downward movement in share price), analysts may have missed a subtle (but important) point. Apple didn’t name the new payment system “iPay” and it didn’t name the new watch “iWatch.” It replaced the “i” for Internet with the aspirational brand identifier “Apple.”

Apple clearly has no interest in the several billion people who don’t own smart devices. It doesn’t care if you can’t afford its products and services. Apple is catering to its affluent, self-identifying audience in a demonstrable way. Need proof? An iPhone 6 Plus with 128 GB of storage, an Apple Watch and a 2 year phone plan should set you back approximately $4,500-$5,000 USD. $500-$1,050 for the iPhone, case and tax depending upon whether you get a subsidized phone or buy it retail; $2,400 for the phone/data plan; approx. $500-$750 for the Apple Watch and a cool band… depending upon how it prices Apple Watches, you might spend much more.

Several million people have the money and the desire to make this commitment. And make it they will. As for the billions of people who just don’t have the money? They are of no concern. Apple is laser-focused on a fashion-conscious, moneyed aristocracy that is perfectly segmented to serve up to developers, advertisers and its business partners.

Apple has differentiated itself from all other hardware manufacturers; not only are its margins incredible, its data gathering and consumer targeting is awe-inspiring.

Will Apple be the first trillion-dollar market cap company? Maybe, but to get there, it’s going to need to make hardware and software that people really want. Do you want an Apple Watch? Do you want Apple Pay? Do you want to quantify your life Apple-style? There is no “need” in Apple’s vocabulary. It is a luxury goods company, so you have to “want” its products.

Will you “want” an Apple Watch or an iPhone 6? Let’s review.

Reading comments about the Apple Watch from horology, design and fashion experts, I am reminded of a favorite supposition: “If, on that fateful night, a rookie captain was piloting the Titanic, it would still be floating today.” While being a subject matter expert in horology, design or fashion accessories probably gives one standing to pass meaningful judgment on timepieces, it does not guarantee the validity of opinions regarding the misnamed Apple Watch.

While eponymous and descriptive, the name Apple Watch does the device a disservice. The first wristwatch was purpose built to tell time. According to the New York Times:

“The watchmaker Girard-Perregaux supplied what may be the first examples to the German Imperial Navy in 1880, after an officer reportedly complained that operating a pocket watch was difficult when timing a bombardment.”

The Apple Watch is not a pocket watch strapped to your wrist. It was not designed to tell time any more than the iPhone was designed to make calls.

What exactly is an Apple Watch? No one – not even Apple – knows. It may be a gateway to health and wellness, sports and fitness, quantified self or even location-based self-authenticated personal navigation. It may be none of the above. It may be a platform for app developers, or just a failed attempt at a user interface. As of today, the Apple Watch could be anything… and that’s the point.

When the iPad debuted, I was completely convinced it would fail. It had limited storage, didn’t run programs, didn’t have a USB port, etc. I viewed the iPad through my computer/laptop lens. Through that lens, it failed by every measure. I could not have been surer of myself and I could not have been more wrong.

I don’t think there’s a big market for digital watches that need relatively expensive companion smartphones to function. But, as I said, I don’t think the Apple Watch is a digital watch. The Apple Watch looks like a great first attempt at a new interface in a connected world. It will require new approaches to UI and UX, and it will need at least one “killer app” to make it a “must have” device.

It’s possible that there is no killer app and that the entire idea is flawed. But I think we should keep an open mind. Exploring Apple Watch will be fun and, if you do come up with a use case that inspires consumers, good things will happen.

iPhone 6 and iPhone 6 Plus

I’d love to tell you how great these devices are and do some hardcore fanboy gushing about Apple. But I can’t. The new iPhones are iterative and that’s all they can be. If you like a big screen, you’re in luck. If you want a slightly better camera, a little more RAM, faster WiFi, a slightly better processor and some new bells and whistles… Apple heard you. If you’re looking for the next coming of the lord in a phone… you will have to look elsewhere; these are just big iPhones.

As it turns out, almost everyone I know is going to order one, and the people who aren’t going to order one want one, too. As I have often said, “If you want an iPhone, nothing else will do.” If your contract is up and you’re an iPhone person, get one. If your contract is not up, pay retail… you’ll love it. If you’re an Android person (and you know who you are), there’s no reason to switch. If you own a Samsung Galaxy S5 or an HTC One M8 or an LG G3 and are happy, you can completely ignore the iPhone 6.

We’re going to have several sessions about wearables, mobile payment systems, mobile health, quantified self and even smartphones at our 7th Annual Media Technology Summit on October 23 at the Sheraton Times Square. Come join us. BTW, if you’ve read this far, email me for a discount code – you deserve it!