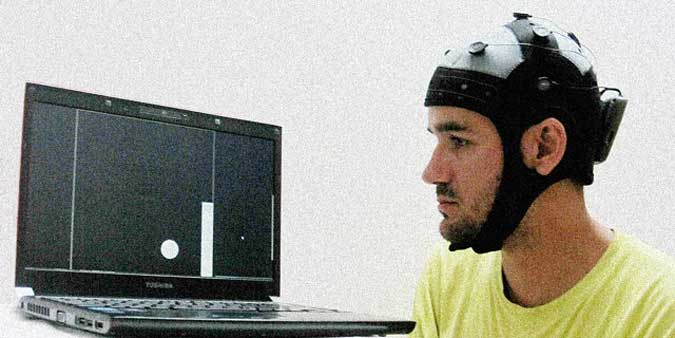 Decades from now, maybe we’ll forget about smartphones and start communicating via electronic telepathy. In a new experiment, scientists were able to show that one person could communicate to another–thousands of miles away–without typing or talking. The technology is rudimentary at the moment and a little more complicated than someone simply reading another’s thoughts. In the experiment, one person donned a wireless EEG helmet and thought of a word. A computer translated the word into code, and emailed it to a robot next to the other person; that person saw flashes of light corresponding to the word, which they reported back to the researcher. Obviously, the whole process isn’t exactly a practical replacement for texting yet. But the researchers say they believe people will eventually be able to communicate fluently through an evolved version of the technology.