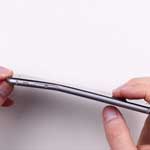 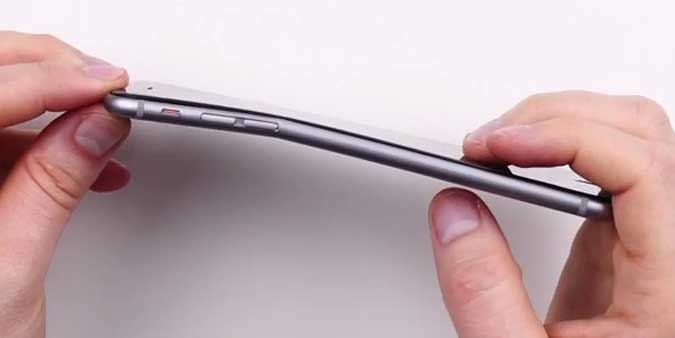 Last week, the Internet erupted with photos of bent iPhone 6s, and a very-viral video of a guy creasing an iPhone 6 Plus with his bare hands. It seemed like a serious concern, yet everything about the uproar was highly unscientific. We don’t like unscientific, so we promised then that we would use our lab equipment to find out just how delicate the iPhone 6 and 6 Plus really are. We also promised to run the same tests on comparable smart phones. We’ve done that now, and our tests show that both iPhones seem tougher than the Internet fracas implies. To stress test these phones, we used what’s called a “three-point flexural test,” in which the phone is supported at two points on either end, then force is applied at a third point on the top—you can see the testing for yourself in our video. We applied and measured the force using a high-precision Instron compression test machine. Along with the iPhone 6 and 6 Plus, we tested the LG G3, Samsung Galaxy Note 3, and HTC One (M8), and for those wondering about their old iPhones, we tested the iPhone 5 as well.

PreviousApple is Working on a 'Shellshock' Fix (Though Most Users Are Not at Risk) NextReport: Windows 9 Will Be a Free Download for Windows 8 Users