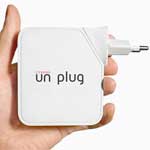 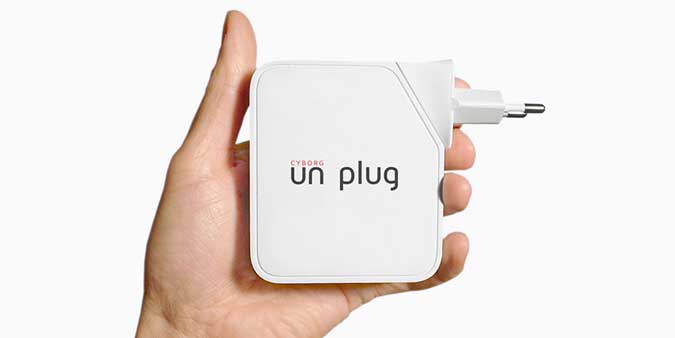 Earlier this summer, Berlin-based artist and coder Julian Oliver released Glasshole.sh, a simple and free piece of software designed to detect Google Glass and boot it from any local Wi-Fi network. That DIY idea, says Oliver, was so popular among Glass’s critics that he’s now offering his cyborg-foiling hack to the masses in a much more polished form: an easy-to-use commercial product selling for less than $100. Later this month, Oliver says he’ll start taking pre-orders for Cyborg Unplug, a gadget no bigger than a laptop charger that plugs into a wall and patrols the local Wi-Fi network for connected Google Glass devices, along with other potential surveillance gadgets like Google Dropcams, Wi-Fi-enabled drone copters, and certain wireless microphones. When it detects one of those devices, it can be programmed to flash an alert with an LED light, play a sound through connected speakers, and even ping the Cyborg Unplug owner’s smartphone through an Android app.