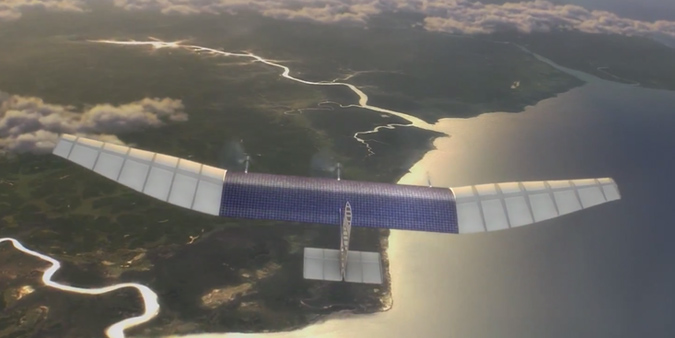 Yael Maguire, engineering director at Facebook Connectivity Lab, doesn’t like to use the word “drones” when it comes to “beaming” Internet to the developing world. He prefers “planes.” But whatever you want to call them, Facebook and Internet.org are looking to the skies in order to get the last 15% of the world’s population, who aren’t connected, online. At the 2014 Social Good Summit on Monday, Maguire gave more details on the Connectivity Lab’s plans, first revealed in March, in a conversation with Mashable CEO Pete Cashmore. “In order for us to fly these planes — unmanned planes that have to fly for months, or perhaps years at a time — we actually have to fly above the weather, above all airspace,” Maguire said. “That’s between 60,000 and 90,000 feet. Routinely, planes don’t fly there, and certainly not drones.” Beyond altitude constraints, the planes have to be solar-powered, since there’s no fuel that can allow the planes to fly for such long periods of time.

PreviousReport: Amazon is Devices to Easily Fill Your Connected Home NextStudy: Apple's Touch ID is Still Vulnerable to Be Hacked