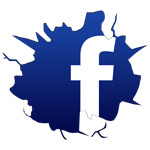 Facebook is increasing its focus on video content after it announced that it will introduce play counts which show how many times a specific video has been watched on the service. The feature is due to come to users this week, and is coupled with news that more auto-playing videos will appear in your News Feed. The social network says that video views on its site grew by more than 50 percent between May and July this year, with more than 65 percent of content consumed from mobile devices. With that in mind, Facebook is testing a new feature on mobile that serves up suggested (“related”) videos when a user has finished viewing video content. Anecdotally, we’ve noticed increasing amounts of video content in our News Feeds, and that’s something that Facebook says is becoming an important part of its service.