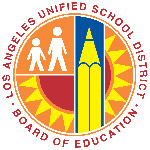 L.A. schools Supt. John Deasy suspended future use of a contract with Apple on Monday that was to provide iPads to all students in the nation’s second-largest school system amid mounting scrutiny of the $1-billion-plus effort. The suspension comes days after disclosures that the superintendent and his top deputy had especially close ties to executives of Apple, maker of the iPad, and Pearson, the company that is providing the curriculum on the devices. And an internal report that examined the technology effort showed major problems with the process and the implementation. “Moving forward, we will no longer utilize our current contract with Apple Inc.,” Deasy wrote in a memo sent to the Board of Education on Monday.