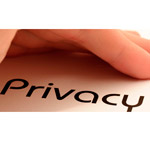 Amid widespread consumer anxiety about risks to privacy, here’s some disheartening news: A new report from a prominent intergovernmental group found that mobile apps are failing to provide users with basic privacy protections. The report, based on a review of 1,211 different apps over the course of a week in May, was conducted by the Global Privacy Enforcement Network, a coalition of privacy officials from 19 countries, including the U.S. Federal Trade Commission. This is the second time government officials have reviewed app privacy on an international scale. The officials found that 60% of apps raised privacy concerns, based on three criteria: They did not disclose how they used personal information; they required that the user give up an excessive amount of personal data as a condition of downloading the app; and their privacy policies were rendered in type too small to be read on a phone’s screen.