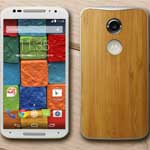 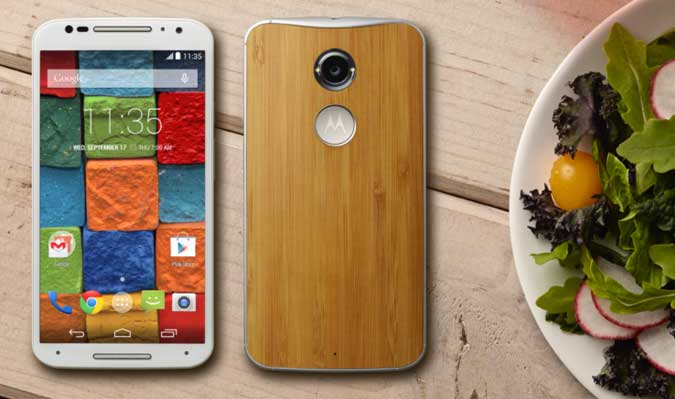 Motorola announced Sunday that the next-generation Moto X smartphone and Moto Hint Bluetooth earpiece will be available for preorder on Tuesday. In addition to an AT&T version with a $100 carrier-subsidized price, the handset maker will also make available for preorder an off-contract Moto X with an unlocked SIM card for $500. The Hint, a wireless earbud that allows remote control of a smartphone, will be offered for $150. The Motorola Turbo Charger, which can charge the latest Moto handsets in 15 minutes, will also be offered for preorder on Tuesday for $35. Motorola did not indicate when consumers could expect the devices to ship, but a Motorola spokeswoman told CNET that specific shipping dates will be listed with customers’ shopping carts. The company also said that the Moto 360 will be back in stock on Tuesday but only in limited quantities.