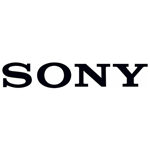 Sony has just revised its annual earnings forecast with the addition of a major 180 billion yen (roughly $1.7 billion) “goodwill impairment charge.” This relates to Sony’s Mobile Communications (MC) business, where the company says it had overestimated revenues from smartphones and tablets and has now decided to alter its strategy and accept the loss. As a result, Sony now anticipates overall losses for the fiscal year ending next March to be over $2.1 billion. Sony has been in rebuilding mode for a number of years now, looking to narrow down its focus around Kaz Hirai’s One Sony strategy and become a more cohesive and agile company. Central to these efforts has been Sony’s emphasis on mobile devices: the Xperia range of Android smartphones has kept the company’s revenues going even as it was divesting itself of iconic manufacturing divisions like the VAIO laptop line.