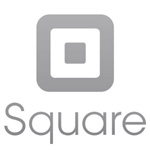 Over the past year, it’s become a lot easier to buy bitcoin, thanks to services such as Coinbase. And thanks to retailers such as Overstock.com and TigerDirect, it’s now a lot easier to to spend them online. But there’s still one big pothole in bitcoin’s bumpy road to mainstream adoption: Your local coffee shop. That’s because most cash register software still doesn’t support the world’s most popular digital currency. But the situation is about to change, according to Square CEO Jack Dorsey. He says that Square is building a register that will allow companies to accept bitcoin as well as Apple’s new contactless payment system, Apple Pay. “We’re building a register so that sellers can accept a credit card, so they can accept cash, so they can accept a cheque, so they can accept Bitcoin and so they can accept any form of payment that comes across the counter including future ones and burgeoning ones like Apple Pay,” Dorsey told the CBC this week.

PreviousWSJ: Facebook Set to Unveil New Advertising Platform NextSteam is Getting a Complete and Massive Overhaul