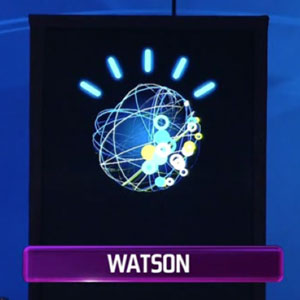 IBM’s Watson natural language query/cognitive computing prodigy was a huge PR coup for Big Blue. Three years ago, Watson defeated Jeopardy champ Ken Jennings on national TV and beat other challengers like a drum on a subsequent victory tour. (Ask Gigaom’s own Stacey Higginbotham about that sometime.) IBM rode that wave for years to show that despite its woes, it can still do really hard stuff. IBM wants Watson to be a $10 billion business by 2023. But, unfortunately for IBM, there is “not a lot of commercial application to playing Jeopardy,” Mike Rhodin, IBM SVP for Watson, acknowledged at Emtech 2014 at MIT on Tuesday. IBM invested untold millions in Watson, so it’s now time for Watson to, in the tortured words of another Emtech presenter, become “a market-based solution.” It needs to earn its keep. IBM has been moving down that road, making Watson more accessible to outside developers via APIs and launching a new Watson division early this year.