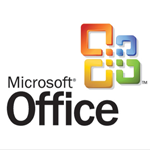 Microsoft is busy preparing a “Windows Technical Preview” for later this month, but the software maker is also privately testing an “Office Technical Preview” for the next version of its popular Office suite. Sources familiar with Microsoft’s Office plans tell The Verge that the company has been distributing copies of a future version of Office to partners and testers recently, providing an early look at new features. While testing is in the early stages, we understand Microsoft is adding the “Tell Me” helper found in its Office Online apps to the desktop versions. Tell Me sits at the top of documents as a type of help and search tool. It’s similar in function to Clippy, providing a quick way to discover features and ask questions without digging into the vast help documentation found in Office. There’s no animated character like Clippy, just a simple bulb icon to indicate its presence in documents.

PreviousApple is Creating a New Digital Music Format, According to Bono NextIf You're on iOS 8, Apple Won't Hand Your Data Over to Police