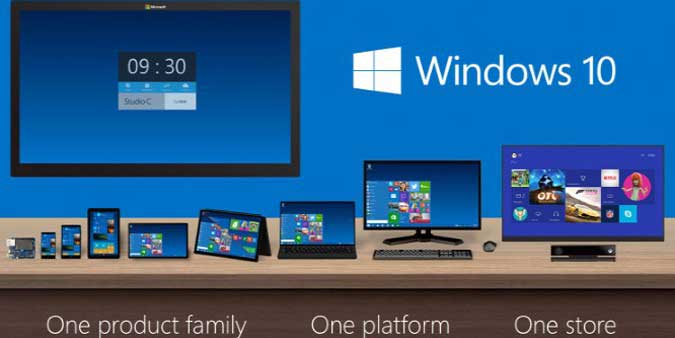 Microsoft just announced the newest version of Windows. It’s called Windows 10. Yes, Microsoft has decided to skip a digit in search of the perfect name. More importantly, Windows 10 will be a single operating system that finally spans all of Microsoft’s Windows powered devices, from desktops and laptops all the way through to tablets and phones. “Windows 10 will be our most comprehensive platform ever,” says Windows boss Terry Myerson. We’re learning about the new operating system right now at a San Francisco event, and Microsoft revealed the name first, so expect us to fill in details in real-time over the hour to come. First up: Microsoft says it’s aiming at the enterprise PC customers first, not regular device users. The company’s calling it its most managable operating system ever, which is probably not a phrase that makes you drool! “I’m not going to spend much time on fanciful end-user features,” said Microsoft’s Joe Belfiore as he fired up a demo.