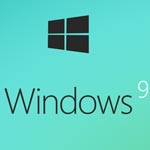 Multiple Windows 9 reports have suggested that Microsoft is considering releasing the upcoming platform as a free download to certain existing Windows users. Some said that Windows 8 will get Windows 9 free of charge, while others claimed the company is also considering some sort of special offers for existing Windows XP users. A report from Indonesian online publication Detik said earlier this week that President of Microsoft Indonesia Andreas Diantoro has confirmed this particular Windows 9 feature. According to Diantoro, the Windows 9 upgrade will be available free of charge to all existing Windows 8 users once it’s released. Apparently, users will be able to easily install the Windows 9 update after downloading it from Microsoft, which is how Apple’s OS X updates have been rolled out to Macs for a few years now. For what it’s worth, some of the recent Windows 9 leaks did say that Microsoft already has a tool in place that will allow users to easily perform software updates.

PreviousConsumer Reports: The iPhone 6 is Not as Bendy as the Internet Says NextAT&T's Newest Offer Doubles Your Data on Shared Phone Plans