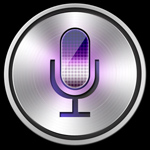 Siri, Apple’s voice-powered virtual assistant, is pretty musically inclined. She’s been able to manipulate your music library for quite some time, letting you play specific tracks, albums, and genres with a simple command. Now with iOS 8, her musical powers have expanded even further. For those with downloaded music on their iOS device, you can use Siri to rate songs in your music collection. While you’re listening to a song, just access Siri via the home button and tell her “Rate this song four stars,” for example. Boom, done. (This does pause the song while you interact with Siri, but only for a moment.) Rating your music can be useful for organizing your music library, and for creating smart playlists. If you don’t have much music downloaded on your phone, Siri has another feature you may find useful. In iOS 8, Siri can tell you what song is currently playing.

PreviousStudy: Google's Chromecast is the Most Popular 'Connected Device' NextSamsung, Smartphones and a Look at the Future