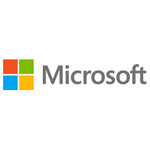 When Microsoft encourages its engineers to think outside the box, the results aren’t always dead-ends like the Kin. In fact, the company’s research division is now showing off an amazing thin transparent film called FlexSense that can sense deformations and allow us to interact with tablets and eReaders in fascinating new ways. Relying on thin sensors printed directly onto the plastic’s surface, the shape, movement, and deformation of the film can be detected and translated to software without the need for cameras or any kind of external tracking. Microsoft’s researchers envision the FlexSense film being used alongside existing apps for new methods of interaction. For example, when photo-editing on a tablet, peeling back the film could automatically remove the effects of a filter, revealing the original image. And for hand-drawn animation the film could be used as a digital version of onion skin, letting an animator trace an image underneath, and easily flip back and forth between frames.