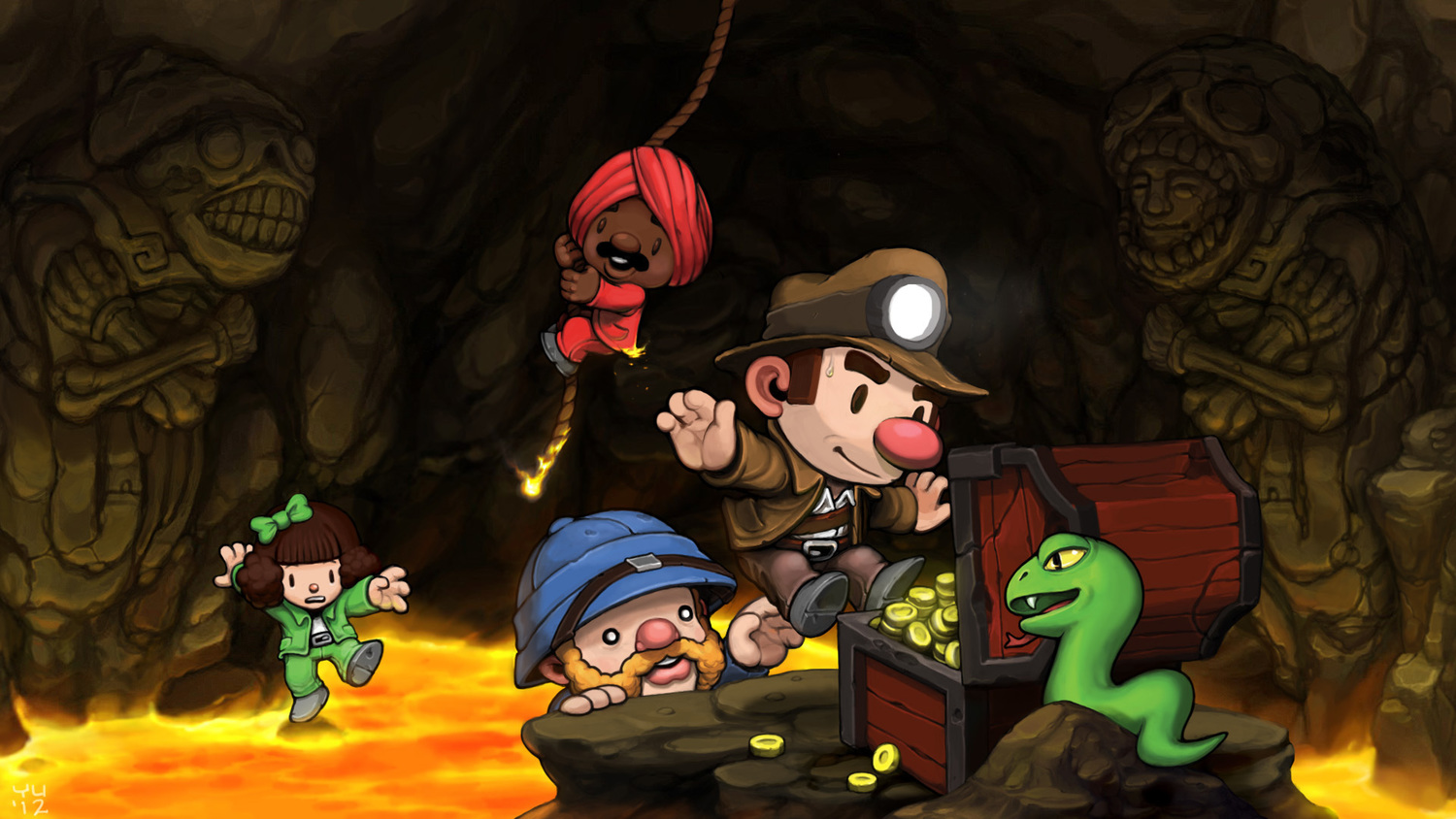 Spelunky finally makes its way into the caves of the PlayStation 4 this week.

In spite of all this, Spelunky’s PS4 launch is probably my most anticipated game this side of Super Smash Bros. Wii U (hey, November 21!). Why? One reason: Twitch streaming.

You see, Spelunky is a brutally difficult game. That’s the point. I didn’t beat the game the first time until I had died well over 1,000 times. (And I only beat it “the easy way” that first time. It would take more than a year for me to beat the game the proper way.) The game is designed to break your spirits. It’s the sort of game that can kill you in a thousand different ways, making you shout at your TV about the injustice of it all.

That means it’s also the sort of game that you message a friend about, saying, “YOU’LL NEVER BELIEVE HOW I JUST DIED” because you made it past Olmec and into Hell, only to be killed by a snake from an urn you didn’t need to smash. And because it’s the type of game that makes you want to share just how unfair it is with your friends, it’s the perfect fit for the PlayStation 4’s live broadcast feature. And therein lies my excitement.

(Note: I know some of that paragraph is gibberish to most of you, but if it sounds interesting and you want to learn more, Polygon put together a comprehensive intro and write-up about a crazy thing that happened in Spelunky last year.)

Spelunky is the perfect game to stream. For normal people, runs are generally quick. That means people can pop in and catch a few tries to beat the game without watching for too long. The game is also easy to understand – which makes watching it as addictive as playing it. It’s a game I’ll be going back to, time and time again, even though I’ve beaten it and it drives me bonkers.

It’s the most next-gen game I own, even though it’s very much last-gen. Funny how that works, huh?

(If you want to see me struggle and die, I stream here from time to time.)