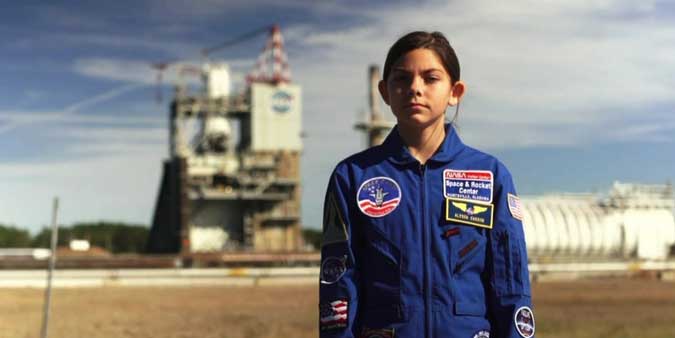 When I was 13, I just wanted to be 14. Alyssa Carson, however, seems to be made of stuff that is sterner and more imaginative than most humans. She positively insists that she will be the first person on Mars. You might think this the quaint dreaming of an impressionable teen. But Carson told the BBC that she’s been training “for nine years so far.” Yes, when she was 4, Alyssa Carson wanted to be the first person on Mars. “As I get older and I continue to do more things, the resume will just eventually get longer,” she said. What 13-year-old talks like this? “I absolutely think Alyssa will be on Mars. There’s not a doubt in my mind,” said her dad Bert. NASA’s Paul Foreman told the BBC that it takes Alyssa seriously. Who wouldn’t, given her determination? This is scary. This is scarier than Sandra Bullock in “Gravity.”