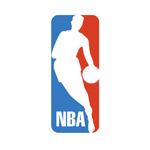 ESPN is going to pay a bunch of money to show pro basketball games on TV. But it is also going to show pro basketball games to people over the Web, without requiring them to pay for ESPN on TV. How’s it going to do that? It may not be quite sure yet. After the Wall Street Journal broke the news that ESPN and the NBA have reached a new rights deal, I’ve talked a few people familiar with the pact, which is supposed to be announced tomorrow. And it sounds like some of the details about ESPN’s plans to sell NBA games over the Web, directly to consumers, haven’t been worked out yet. Since the service most likely won’t appear for two years, it’s got a little time to work it out. That said, the basic idea seems pretty clear to me: ESPN has no interest in trying to compete with itself. It’s going to keep showing a package of NBA games to its pay TV subscribers. And it will sell a different set of games — likely “out of market” games — to hardcore NBA fans on the Web.

Read the full story at re/code. Read the original report at The Wall Street Journal.