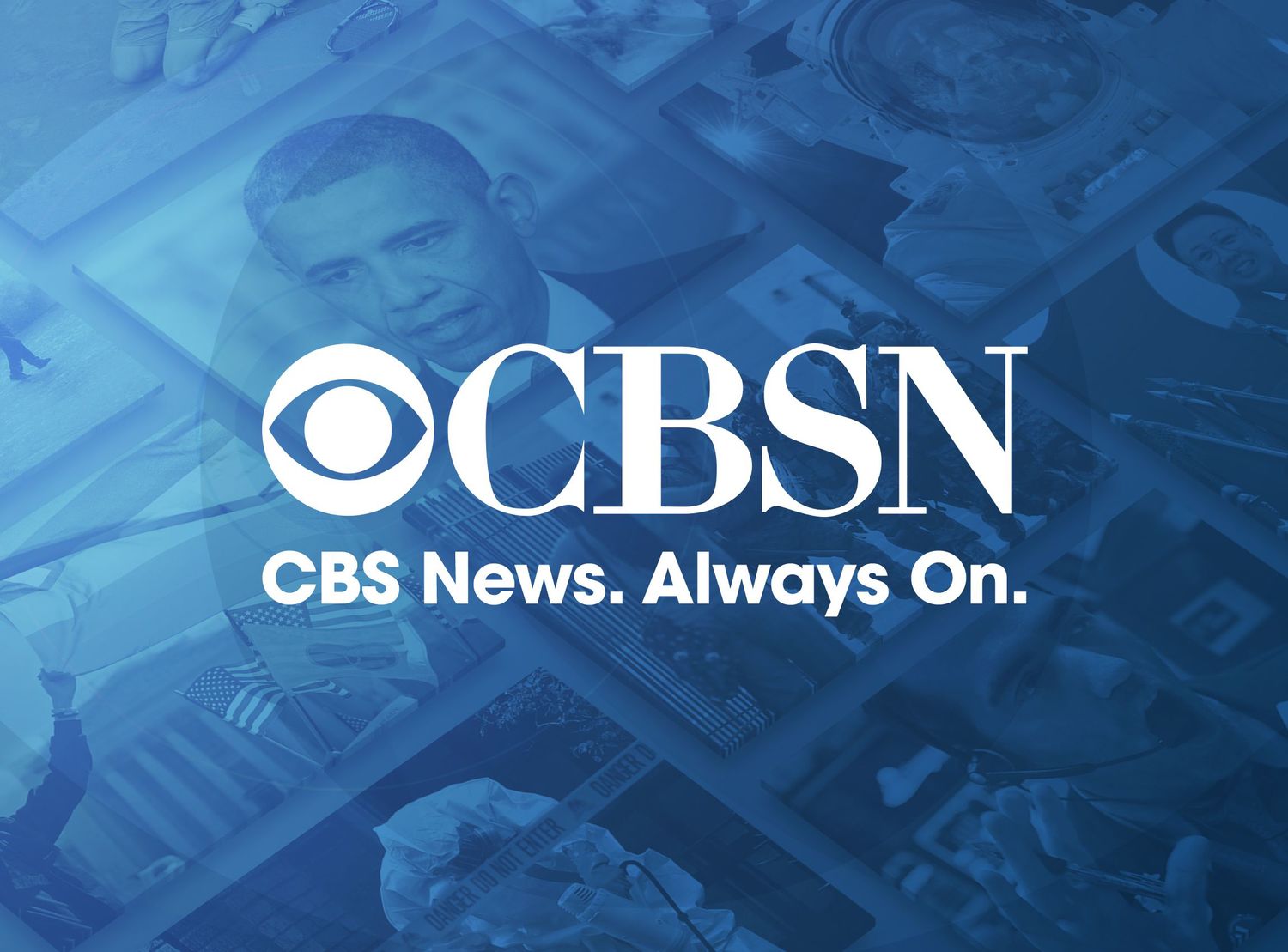 “CBSN is an important example of how CBS is able to leverage the unique strengths, talent and competitive advantages of its businesses to create exciting, highly competitive new services that meet evolving audience preferences for content consumption,” said Leslie Moonves, President and CEO, CBS Corporation in the corporate press release. “There’s a tremendous opportunity on these platforms for a true round-the-clock newscast. We’re confident this service will appeal to both traditional news consumers and a whole new set of viewers.”

CBSN will be available on CBSNews.com and its mobile website, key connected TV devices including Amazon Fire TV, Roku players and Roku TV, and others, as well as the newly launched CBS News app for Windows 8/8.1 and Windows Phone 8/8.1. CBSN will also be available on the CBS News apps for Android and other leading platforms before the end of the year.

“CBSN demonstrates our continued advancement in the digital space, as we extend to new platforms and a wider audience,” said Jim Lanzone, President and CEO, CBS Interactive. “We are developing original content exclusively for online, connected platforms in a true interactive format that viewers can control, allowing them to lean back or lean in to the segments and stories that interest them.”

Yes, It Really Has Ads 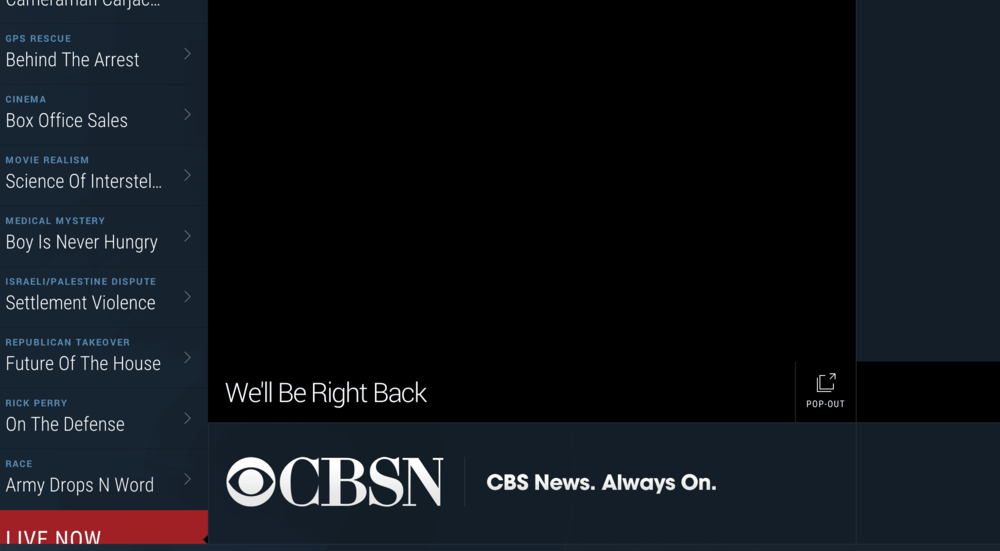 < p id="yui_3_17_2_1_1415383541950_34095">The first thing I saw on CBSN was a black screen with a lower third that read, “We’ll be right back.” This was followed by a 30-second ad for Microsoft’s Cloud. Then, I saw a newsreader behind an anchor desk reading a story about something that did not feel like breaking or important news. I saw a link to an item about the upcoming Star Wars movie in a big column of stories on the left side of the screen, so I double-clicked it. Bad idea: I was rewarded with two competing stories and had to close my browser window. I tried again and was additionally rewarded with the same unskippable 30-second commercial for Microsoft’s Cloud. I saw the short piece about Star Wars – not really news, ugh! Then, wait for it… an additional play of the Microsoft Cloud spot… all 30 seconds of it. 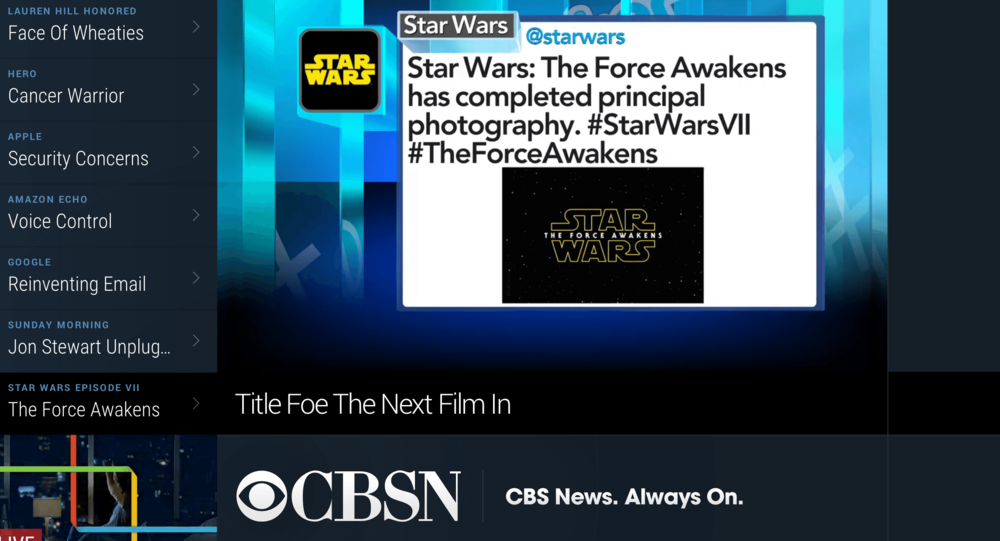 Even so… I’m Excited and You Should Be Too!

It’s day one, and I’m just having a little fun with my friends at CBS News. Everyone should take note of today’s date. It’s an important day in history for Television the platform (not the art form).

All the production glitches and on-screen typos and technical issues will be taken care of soon enough. What will continue to evolve is a world-class news service for a connected world. There are several compelling ways to consume news online. Text has a place, as do graphics and audio, but video content has the power to inform, enlighten and entertain in a particularly emotionally satisfying way.

Congratulations to Leslie Moonves and his team at CBS for their serious investment in the evolution of televised news.