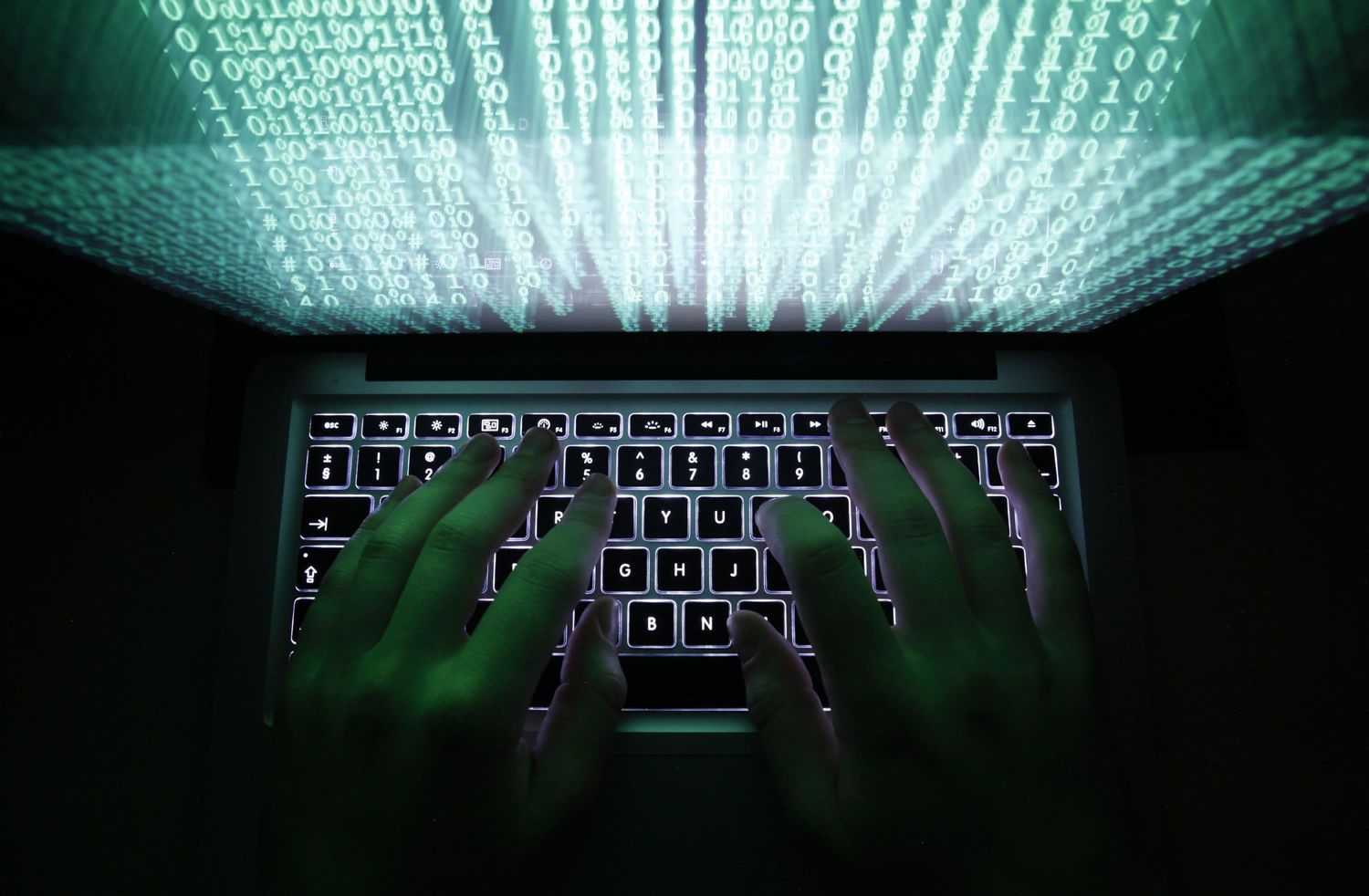 According to the wikiality of the Interweb (in other words, according to hundreds of sources reposting the same message, but without actual verification), a hacker group known as “The Guardians of Peace” has communicated the following:

We will clearly show it to you at the very time and places “The Interview” be shown, including the premiere, how bitter fate those who seek fun in terror should be doomed to.

Soon all the world will see what an awful movie Sony Pictures Entertainment has made.

The world will be full of fear.

We recommend you to keep yourself distant from the places at that time.

(If your house is nearby, you’d better leave.)

Whatever comes in the coming days is called by the greed of Sony Pictures Entertainment.

All the world will denounce the SONY.

These words may go down in history as the seminal message of the apocalypse. It is very possible that this is the beginning of a post-government, post-religion, post-rule-of-law age… the Age of Hackers.  BTW: I predicted this attack in my April 2009 article entitled, Metamerica: Evolving The Governance Of A Digital Democracy.  It begins:

Dateline New York: April 3, 2015 — The White House issued a statement today urging people to stay calm. The Federal Data Depository Corporation is now saying that people will have access to some of their data as early as next week. “Health records are job one,” said the HHS director in a joint statement. “We have back-ups for everyone’s dicom files and most of everyone’s MRI’s and about 100 million x-ray files on near-line storage. It will just take time to reload the data.” The FCC issued a similar statement promising that the 4 million hours of user uploaded content stored in the cloud since 2009 and the 26 million hours of professionally produced on-demand content may be available by the end of the year. Sadly there is no word on when the Microsoft Office Cloud or the Adobe CS10 Cloud will be back online. And, to the delight of most citizens, the IRS has lost almost every tax return for the past four years. There is one bit of good news, Verizon’s LTE network can support VoIP calls, so at least some of the 165 million households and businesses without voice communication will have a work-around in the next few weeks.

I called this more than five years ago and, while the Sony Hack is not the same order of magnitude, we still have a few months to go before my imaginary deadline.

How Did We Get Here?

First, the tools to do this kind of hacking have been around for quite some time. In June 2012, Kaspersky Lab discovered Worm.Win32.Flame – the world’s first super-cyber weapon, which it named “Flame.” What made Flame a super-cyber weapon? Kaspersky Lab says it was highly sophisticated and malicious with complexity and functionality exceeding all other cyber weapons known to that date. They think it may have been deployed as early as 2010.

According to the New York Times, back in October 2012, “Defense Secretary Leon E. Panetta warned that the United States was facing the possibility of a ‘cyber-Pearl Harbor’ and was increasingly vulnerable to foreign computer hackers who could dismantle the nation’s power grid, transportation system, financial networks and government.” Of course Congress was too busy dealing with other domestic issues to take this seriously.

However, even if they had heeded the Defense Secretary’s words, they would have misunderstood the threat. His metaphor was poorly chosen. He was suggesting that we could solve a 21st century problem with a 20th century solution. That’s simply not possible.

The attack on Pearl Harbor was a physical act accompanied by a typewritten physical declaration of war (delivered by hand) against the United States of America by the sovereign Government of Japan. This declaration and the established national borders drew clear, unambiguous battle lines. It was the USA vs. The Empire of Japan in a fight to submission. There would be a winner and a loser. The war would be fought and it would end.

The attack on Sony is an ongoing digital act, accompanied by an untraceable emailed declaration of terror against a major multi-national corporation. There are no established borders and no battle lines. It is Sony vs. the Hackers in a fight to submission. There is a winner (the Hackers) and a loser (Sony). This is not a war… or is it?

Some people are calling the attack on Sony an act of cyber-terrorism (which it clearly is). Some are calling it cyber-bullying, albeit by the best, most powerful cyber-bullies we have encountered to date. But this actually may be a new kind of warfare, empowered by our addiction to, and our accelerating reliance on, technology.

This first publicly visible super-cyber-weapon deployment on a corporation was ostensibly motivated by the desire to stop Sony from releasing a movie entitled “The Interview.” First Amendment specialists have told me that while it doesn’t cross the line, people who wanted to live up to the spirit of the First Amendment would not release a movie (comedy or otherwise) that depicted the killing of a sitting Head of State. It could be interpreted as the moral equivalent of “screaming fire in a crowded theater.”

On the other hand, I believe that it is the duty of every American to preserve, protect and defend the Constitution of the United States. For me, the First Amendment is sacred. America is one of the very few places on Earth where you can say what you want to say without worrying about what the Government might do to you. (Importantly, the First Amendment does not protect you from anyone else trying to silence you, nor from lawsuits or the wrath of your friends, neighbors or even hackers… it just says the Government can’t throw you in jail for saying something it doesn’t approve of.)

A straw man says, “If Sony is a proxy for the First Amendment, then this cyber-attack is a declaration of war against the United States and Sony (as a proxy for America) should not have surrendered. We, all of us, should have stood up to our oppressors and made them understand the no one tells America what to do!”

Except, that’s not what’s actually happening here. The hackers are not targeting America; they are targeting Sony. The company is only a proxy for America, and a weak proxy at that.

Which begs for the question: “What if this was not about freedom of speech, but simply about freedom?” Here is where I get scared. For centuries, we have used monarchs, heads-of-state, religion, political systems to control each other. Any or all of these methods of control seem feeble when compared to the ability of motivated hackers to do harm. Power outages, ravaged accounting or medical records, manipulation of streetlights, launching of missiles… the list is practically endless. A world where people cannot tell the difference between a credible threat and a poorly worded email is a frightening world indeed.

I grew up during the Cold War and my vision of a post-apocalyptic world lies somewhere between Mad Max and Terminator.  But that’s not how it’s going to go.  As the hackers take over, the old adage, “The pen is mightier than the sword,” will take on a new meaning. People will simply live in fear. Fear of having their private lives exposed, fear of losing their fortunes, fear of basically everything. In a digital world, everything you do, touch, see and feel is vulnerable to digital manipulation. The world around us will still be beautiful, but we will all be imprisoned by our reliance on technology.

Can You Get Off the Grid?

Yes. If you use cash, don’t have a credit card, never browse the Internet, only use pre-paid cell phones, don’t have a driver’s license, etc. It’s not a realistic lifestyle for anyone.

Will This Ever End?

Not without a complete revision of our technological infrastructure. The Internet was not built to be secure. The attack surfaces of most major corporations and governments are so vast that motivated hackers will always find a way in.

Nothing prepared me for a peaceful displacement of governments. I have to admit, I didn’t think this one all the way through. Take 50 of the Fortune 500 corporations and Sony-ize them. Take 10 of the biggest world banks and do the same… when a threatening email arrives, will you take it seriously?

A Bold Bright Future Ahead…

Absolutely! This is an arms race and on any given day the good guys will be ahead of the bad guys and vice versa. The good news is that as we transition into an almost fully connected world where each of us is represented by a consortia of data gathered by a plethora of devices, we will learn to deal with the constant threat. After all, most of us lock our doors when we leave the house. Door locks have a digital equivalent; we just have to teach everyone to use them.