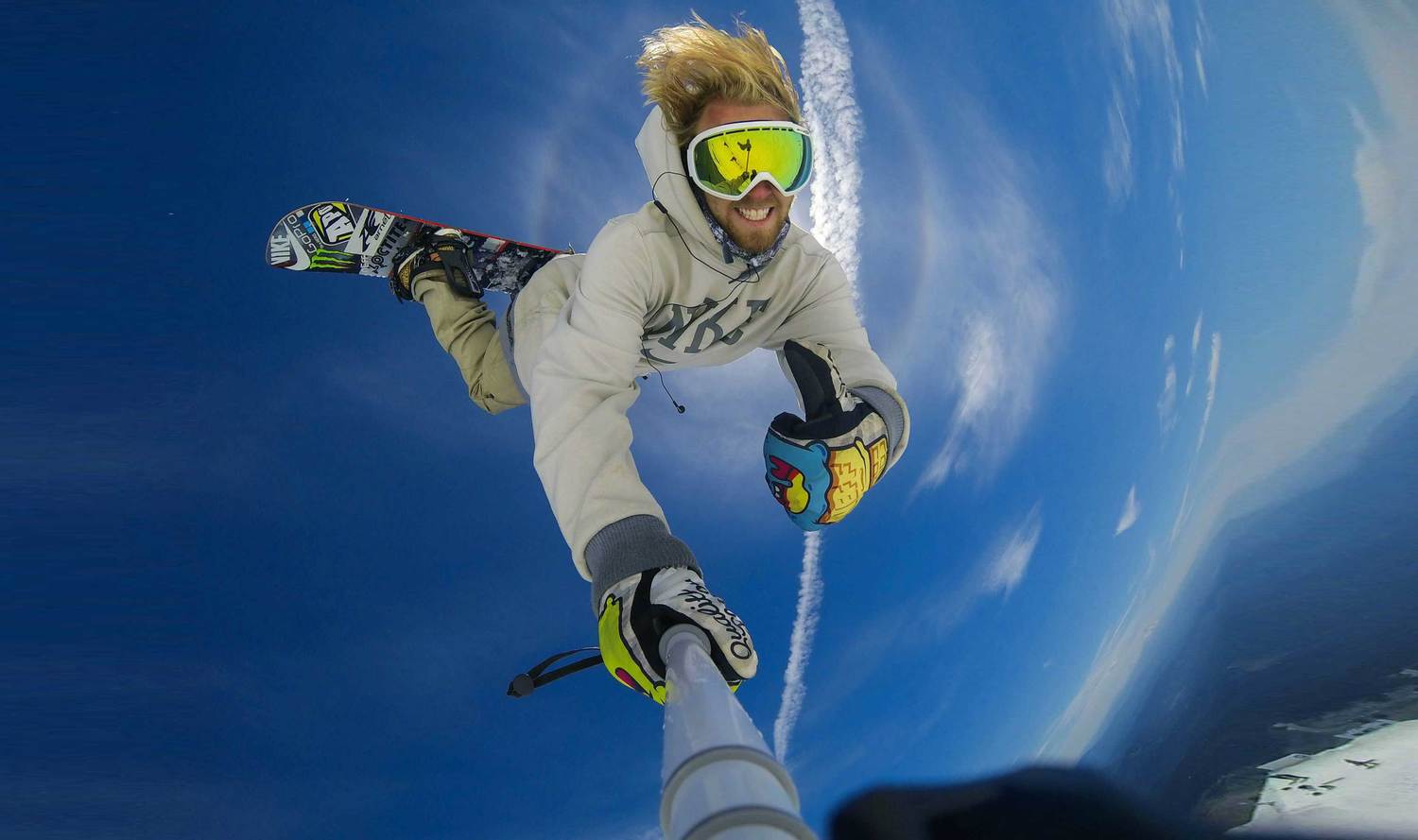 If you just want to memorialize your cab 1080 double cork, or are planning to parachute out of a capsule from the edge of space this holiday season, you’re probably in the market for an action cam. GoPro is the category leader, but there are strong challengers. Let’s take a quick look at the features and benefits of some best sellers. 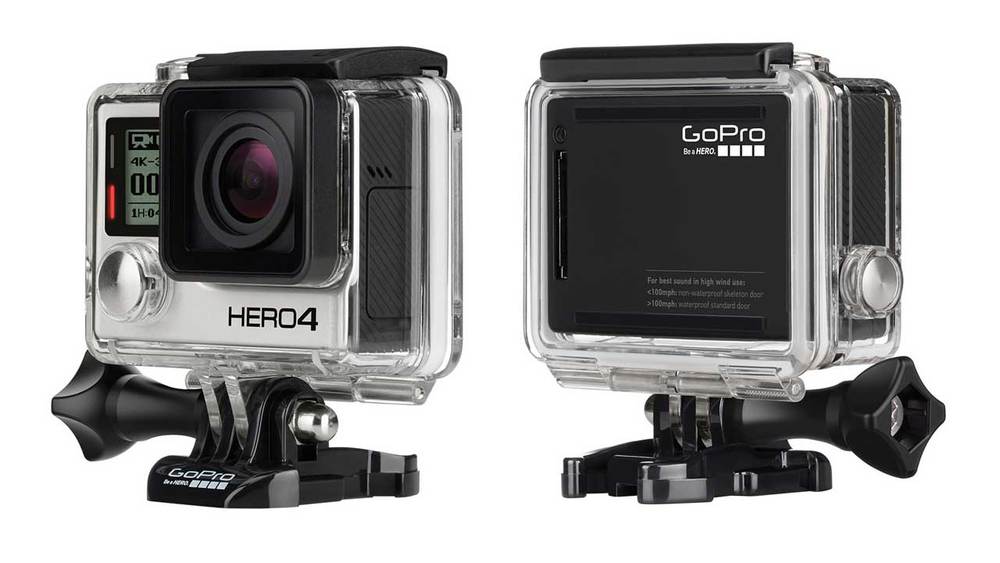 The first question you have to ask: Is the GoPro worth it? Yes. Even at $500, it’s worth it. GoPro is “the” name in action cameras, and for good reason – GoPro invented the category.

All GoPros shoot at a minimum resolution of 1080p, and the top-of-the-line GoPro (the $499 HERO4 Black) shoots in 4K. Truth be told, if you don’t have 4K playback capability, you don’t need the HERO4 Black — unless, you simply want to capture your images in the very highest quality for posterity.

For an awesome gift, either of GoPro’s less expensive cameras, the $399 HERO4 Silver or the $129 entry-level model, are absolutely fine. The $399 HERO4 Silver has a built-in touch display, which for some reason no other GoPro has. The rest of GoPro’s cameras require you to look at pictures in the companion app.

GoPro sells several specialized camera mounts so you can attach the camera to almost anything and shoot almost anywhere. Its cameras let you create pictures and videos you never could have made before: low-angle, high-angle, on your helmet, on your shoulder, on your back, on Putin’s runaway tiger… wherever you want to shoot, you can get the shot with a GoPro.

Bottom line: GoPro is a killer brand with great products. There are big-time differences between its $129 entry-level model and the $499 HERO4 Black, so check the specs. 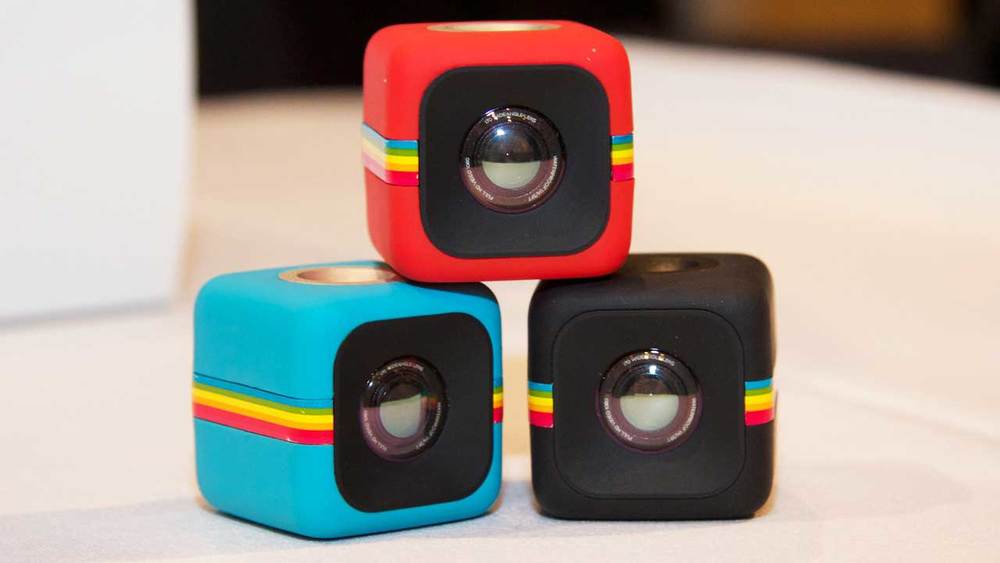 Like many action cameras, the Polaroid Cube is a knock-off of the GoPro. However, for $99 bucks you can buy a bunch of them and put them in all kinds of places. The Cube makes a great gift for kids. It is also a bit more economical than the GoPro if you want to buy a bunch of them for multi-cam setups.

The camera has a magnetic bottom plate, so it sticks to just about any metallic surface. The camera is tiny – it’s only about an inch-and-a-half on each side – so you can stick it anywhere and everywhere.

The Cube shoots 1080p videos, which will look amazing on your 2K, high-definition flatscreen.

Lastly, the Cube isn’t waterproof… it’s water-resistant. Which means you can get it wet, but you can’t bring it in the pool with you. There is a waterproof case available for purchase.

Bottom line: The Cube is a cool little device, but you get what you pay for. It has a solid camera, but the benefit of the low price disappears when you add the case – then it’s a choice between the Cube and the lowest priced GoPro. 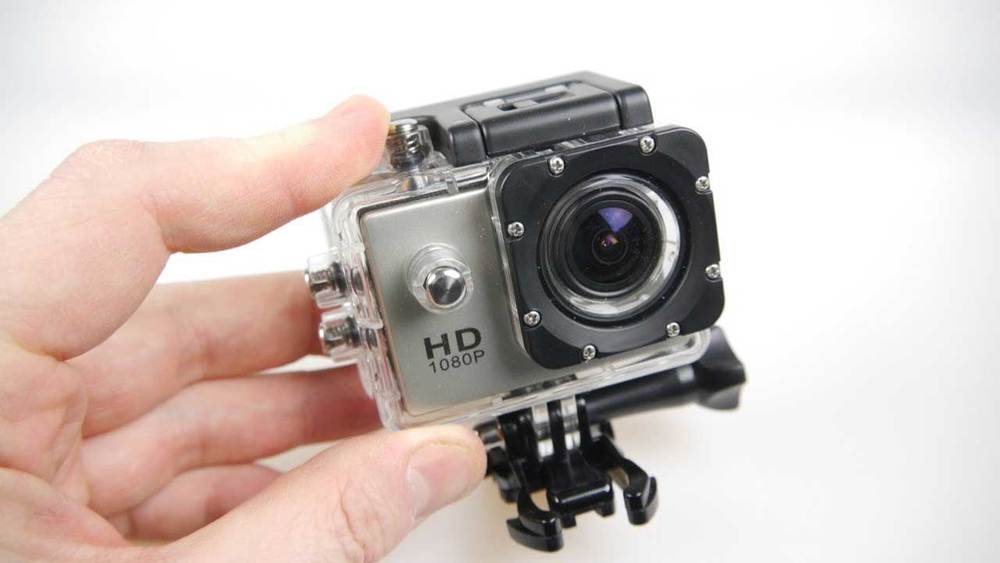 The SJ4000 has a 1.5” LCD screen on its back to help compose your shots and review your pictures. The camera shoots in 1080p, is water-resistant, and even doubles as a webcam when you plug it into your computer. Best of all, it has a removable battery! You know how much I love removable batteries!!!

Bottom line: This is camera to buy if you want to own a GoPro but don’t want to pay for a GoPro or don’t care about having the name brand product. With its removable battery and a low MSRP, it’s a great deal. 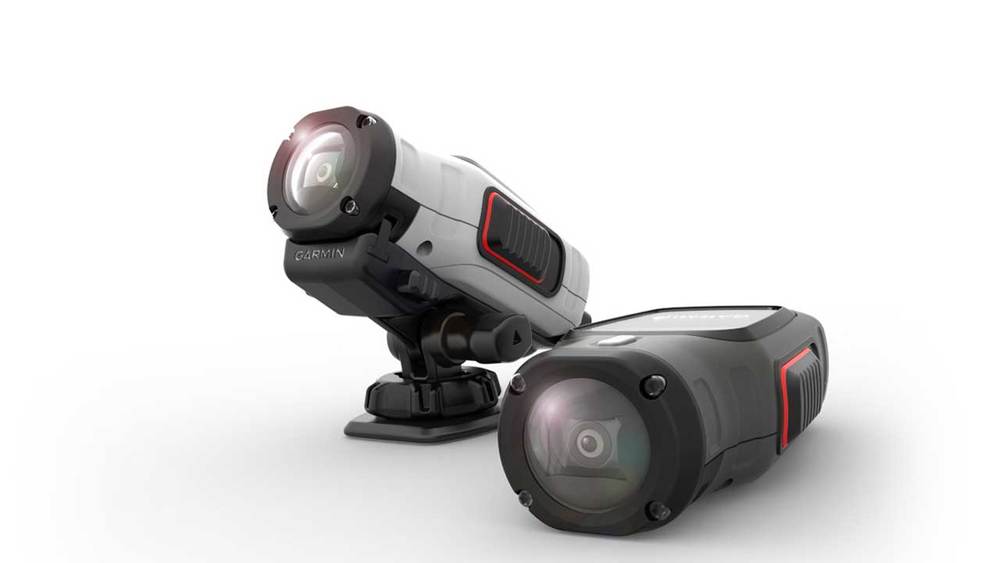 When I think action cams, I don’t automatically think Garmin. But this little powerhouse not only shoots in full 1080p, it has a GPS chip and WiFi. The 1.4″ LCD screen is a big deal and all in, this camera is a good value.

Bottom Line: At first glance, the $399 price looks steep. But, you can find this camera online at reputable dealers for approximately $250. And, at $250, this is a no brainer. 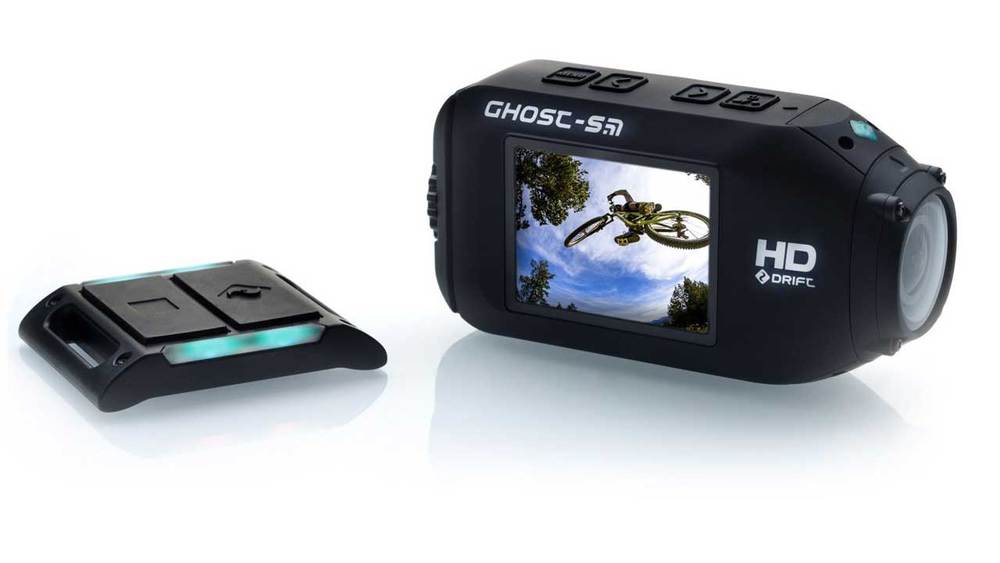 Another pretty impressive action cam is the Drift Ghost-S. With 3.5 hours of recording time, you can use this camera quite differently than other action cams. It’s got a nice 2″ Gorilla Glass LCD Screen, a rotatable lens, and it shoots in 1080p.

Bottom Line: This is a prosumer camera, but beginners will benefit from the great features. The 12MP stills are better than you’d expect and I really like the 2″ LCD.

When GoPro went public, a lot of people said, “Isn’t everyone going to knock off this camera?” That’s exactly what’s happening. Whether you look at the Polaroid Cube, the SJ4000 or any other camera on the market, they’re all jockeying for a slice of GoPro’s action camera pie.

But GoPro has become more than just a camera manufacturer; GoPro has become a media company. Not only is GoPro the most popular action video camera in the world, the company has literally created the action cam culture. That said, there are some excellent choices from quality manufacturers available. The best part, you get to make awesome, outrageous, remarkable, astounding, crazy, professional-looking, mind-boggling video with action cams that truly go where no cameras have gone before.