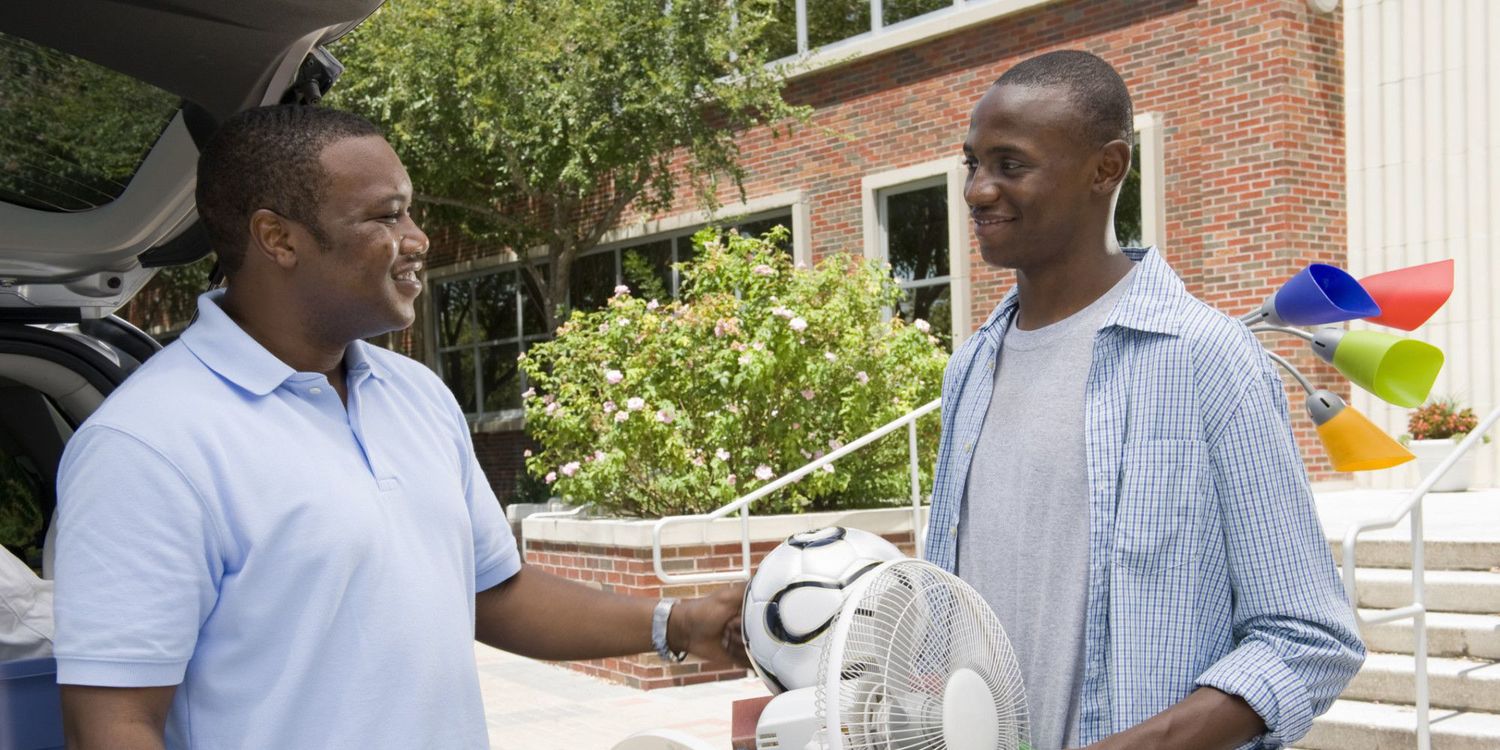 Many who look at the habits and beliefs of 18-24s often make numerous claims about how young adults are different to previous generations. Yet if we look at the core values that 18-24s regard as the most important, outwardly they can look remarkably close to what many of us might view as the key values that are important to us all:

In case you’re wondering, that quintessential materialistic symbol of the American Dream, owning your home, comes in at number 6 with 60% of 18-24s agreeing.

You might also be quizzical at No. 4 on the list and why young adults so urgently feel the need to create envy. But that’s easy to explain. If you can create envy among your peers, then you have created the most potent symbol in youth culture, social currency. Having something new to talk about or be a rallying point among your social group is the key reason why everything from fashion to music, and from the latest blockbuster movie, to the most recent social media app is a driving cultural force among young adults. When Oscar Wilde wittily penned, “There is only one thing in life worse than being talked about, and that is not being talked about,” appropriately, it was in his novel about the pursuit of eternal youth, The Picture of Dorian Gray.

Major Shifts in Personal Values in the Last 4 Years

Perhaps what is surprising about today’s 18-24s is how their values are moving so quickly, it can be a trap for the unwary. We can see these shifts in the map below which indexes the attitudinal changes in four years, between 2013 and 2009, with women 18-24 on the vertical axis and men 18-24 on the horizontal axis: 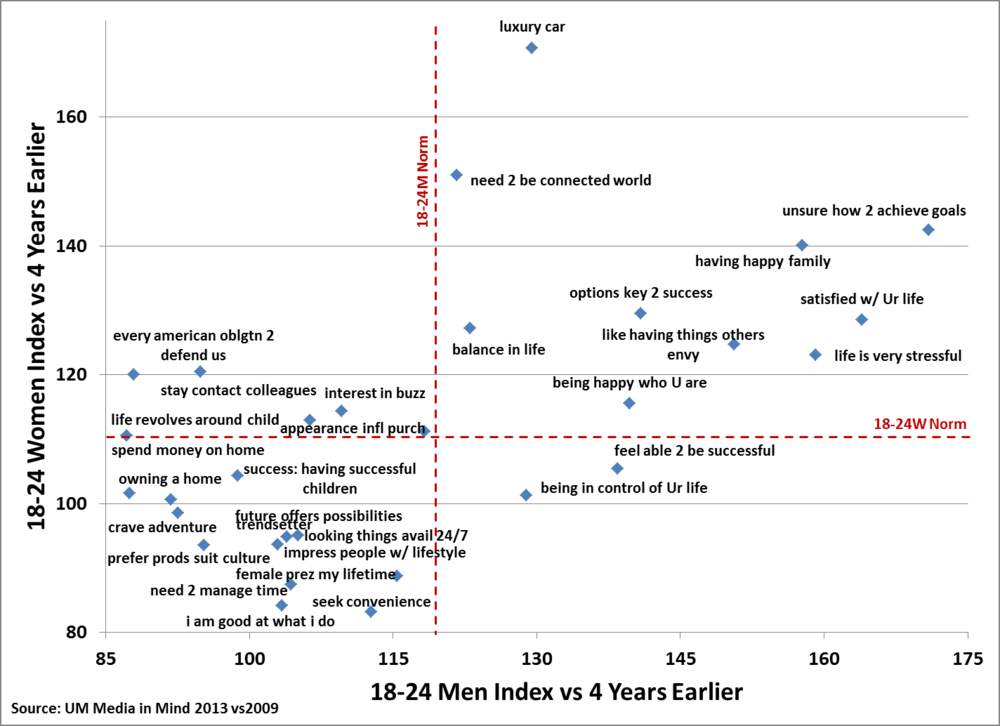 In just four years, among 18-24s, there’s been a big shift in the 30 key personal values UM tracks via its survey, Media in Mind. The average shift has been a lift of least +15% for both genders. The values that have jumped up so positively tend to be driven by the top five values we saw earlier such as Having a happy family or Being happy with who you are. However alongside these enduring utopian values, as shown in the map’s upper right-hand quadrant which represents an upward shift for both men and women, we see comparable increases in insecurity typified by the statements, Life is very stressful and I’m Unsure how to achieve my goals in life.

The uneasy and volatile cocktail of seeking utopia blended with feelings of insecurity is nothing new for younger generations. What is new is the magnitude of it. Both Life is stressful and Unsure how to achieve my goals in life are principally driven by 18-24 men and each has moved up by +60% to +70% in just four years! It is well-known that younger adults are more stressed than the rest of the population and young women are generally more stressed than men, but what’s now happening is that men seem to be catching up.

The everyday factors underpinning stress are known to us all: work, money, relationships and family. The anxieties young adults additionally cite include: dating, peer group acceptance and related areas such as social media stress and educational attainment and its potential debt. Men’s educational attainment relative to women appears to be emerging as a key stress point. Strikingly, young women are now +33% more likely than their male counterparts to have a college degree!

To be clear, college completion rates are at record levels for both genders. However, while men are enrolling in college in greater numbers than ever before, less than two-thirds of them are graduating with a bachelor’s degree.

Returning to the map, one other noticeable characteristic for either gender is that remarkably few attitudinal statements have slipped below the 100 index, where 100 represents the benchmark norm of four years ago. Some attitudes have just increased much more palpably than others. It reflects 18-24s aspirations to do more. This is not a generation lacking in their yearnings. But equally, unaccomplished yearnings too often lead to frustration and disappointment.

Not the Disappointment Some Think They Ought To Be

In mid-2014, The Economist published an overview of youth across the World where its opening gambit was: “Today’s young people are held to be alienated, unhappy, violent failures. They are proving to be anything but.”

Some pundits worry about younger adults’ declining marriage rates, and many in the trade media understandably fret over the short-term weakening in their live TV viewing. But the desire to marry hasn’t really shifted, only the desire to do it in the right circumstances. Total screen viewing among the wider demographic of 18-34s is increasing not declining and more stable among 18-24s. While these are important behavioral shifts, they should not be confused with secular attitudinal changes. Such behavioral movements simply reflect the response by 18-24s to take advantage of the best of what life has to offer them today. I would contend that, in many ways, the younger generation is very much like the rest of US, only more so!

Nineteenth Century Victorians used to quip “Youth is wasted on the young.” Clearly, they hadn’t met the current generation.