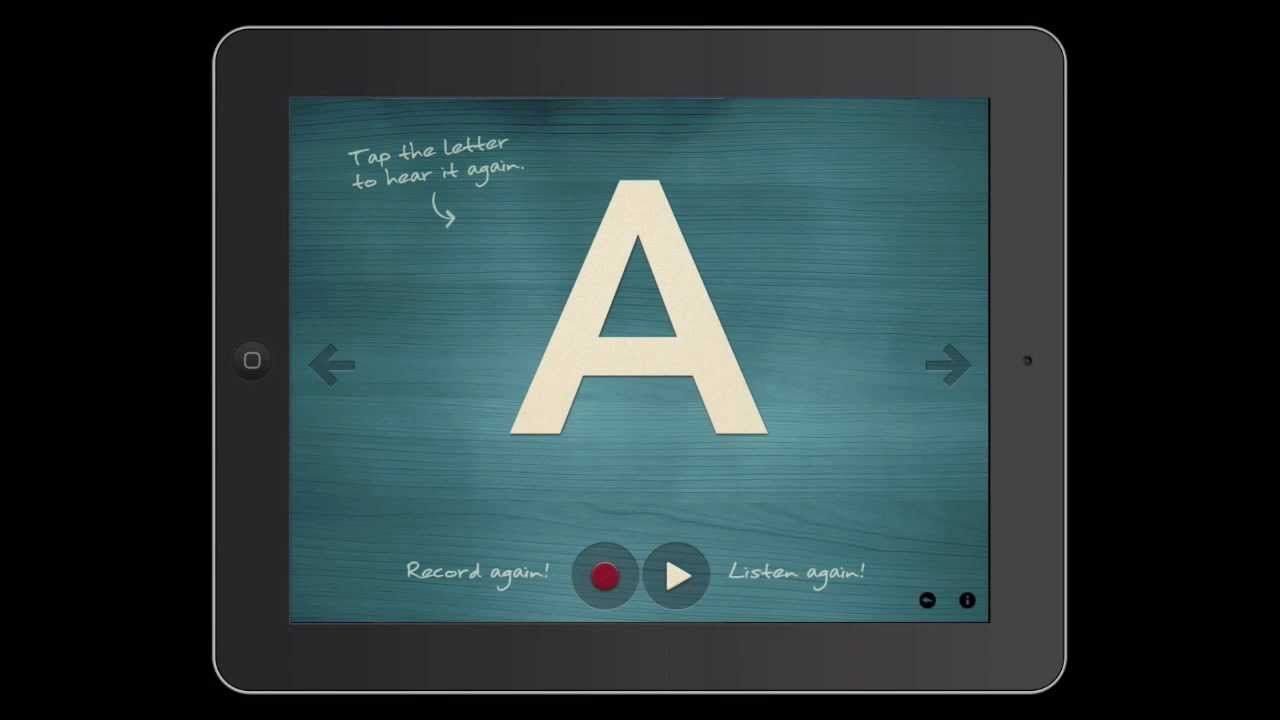 Here are the best of the best iPhone and iPad apps for education that challenge students and expertly use the iOS platform, listed by the age groups: Preschool and Kindergarten, Elementary School, Middle School, and High School. In addition, we included five organizational apps that benefit students and teachers.

Editor’s Note: appoLearning expert Monica Burns contributed to the app selections made for this article.

PRESCHOOL AND KINDERGARTEN (Ages 5 and under)

Intro to Letters, by Montessorium is a wonderful app for early learners, as they are given a variety of ways to interact with different letters and letter sounds. This app allows kids to record their own voice sounding out letters and asks them to engage with the alphabet by tracing letters as they learn letter names and trace phonograms as they learn letter sounds. A distinction is made between lowercase and uppercase letters and children can connect the two in the flashcard portion of this app.

Curious About Me lets children interact with the characters from the Curious George series. They can build their own storybook movie by snapping pictures and providing information about themselves. It’s a great app for engaging young children with characters from this classic series as they explore storytelling tools.

The 2014 update to the popular Learn With Homer literacy app for children ages 3-8 allowed users to access all of Learn With Homer’s content through a subscription service instead of downloading individual pieces of content. Members can add four children to their account when they sign up for the monthly or yearly package. In addition to unlimited content, their new Pigeon Post feature lets family members interact with children by sending messages through Learn With Homer.

Leonard by Ink Robin is a whimsical app in which kids can access an interactive storybook to listen to or read independently. As they read through the story, kids can tap the screen, move objects and see the characters change as they swipe from side to side. The engaging narration will grab and hold your child’s attention as they work their way through each page.

Hat Monkey is an engaging, interactive picture book for preschool students. It has a simple interface with a silly main character that will make users young and old smile. This app includes activities built in to each page so children can give the monkey a high five, send it text messages, and find it as it hides around a room.

My Very Hungry Caterpillar by Eric Carle is a classic children’s story that reads well on the iPad. It permits youngsters to take care of their own virtual caterpillar pet and unlock surprises. Kids will love how this app, which is also available for iPhone, gives them an opportunity to interact with a beloved storybook in a completely special way.

Nighty Night! HD is beautifully illustrated and will definitely capture your preschooler’s attention. It has whimsical music and animation that optimizes the large, high-quality screen of the iPad. Your youngsters will love how the iPad can turn into a storybook with a quick tap on the screen. There are interactive animals and the option for the book to be read aloud on autoplay.

The best part of Toontastic Jr. Kung Fu Panda is its StoryShare feature. Children can connect with a user on another device that also owns this app, then create the story together using their two devices, adding dialogue and moving their characters in each scene. When they are deciding what to do next, there is even a walkie talkie feature that lets them speak to their friend or family member using the iPad microphone. A double authentication system lets parents enter the email address of the person with whom their child wants to connect.

Most brain training applications are targeted to lifelong learners. Enter Fit Brains for Kids: Sparky’s Adventures, developed by Dr. Paul Nussbaum, as the answer to giving preschoolers a chance to participate in similar mental workouts. Exercises are led by Sparky, a cartoon firefly that cheers on your youngster as they tackle matching, sorting, hidden objects, shape sizes, and more.

Primary school students and preschoolers will absolutely love Fun with Colors – Learn Color Names and Draw. This kid-friendly app promotes discovery learning and gives kids a chance to interact with colors in a variety of ways. Children can draw their own pictures and see the colors they choose move about the screen, or they can match colors to different animals and objects.

With this playful app your kids can free paint on different backgrounds including virtual coloring book pages or design their own bugs using stencils. Bug Art also includes a few games where children will fly like a butterfly and race beetles across their screen. The high quality graphics and vibrant interface are truly impressive.

Similar to the traditional wood block shape sorting games, the Busy Shapes iPad app asks students to sort different shapes by dropping them in the corresponding outlines on the screen. They need to move squares into square shaped holes and hexagons into the correct place on their screen. As a bonus, Busy Shapes monitors each student’s progress and gives feedback to parents.

Stephen Danos is the Associate Editor for appoLearning.com and Appolicious. He has contributed to articles published on TechCrunch, The Chicago Sun Times, The Chicago Tribune, and elsewhere. He received his BA in English from the University of Iowa and MFA in Creative Writing from Columbia College Chicago. He is the author of two poetry chapbooks, Playhouse State (H_NGM_N Books, 2012) and Gravitational (The New Megaphone, forthcoming).

Stephen Danos is the Associate Editor for appoLearning.com and Appolicious. He has contributed to articles published on TechCrunch, The Chicago Sun Times, The Chicago Tribune, and elsewhere. He received his BA in English from the University of Iowa and MFA in Creative Writing from Columbia College Chicago. He is the author of two poetry chapbooks, Playhouse State (H_NGM_N Books, 2012) and Gravitational (The New Megaphone, forthcoming).

PreviousA Raw Look At What Starting A Business Really Looks Like NextBOLD – How to Go Big, Create Wealth & Impact the World