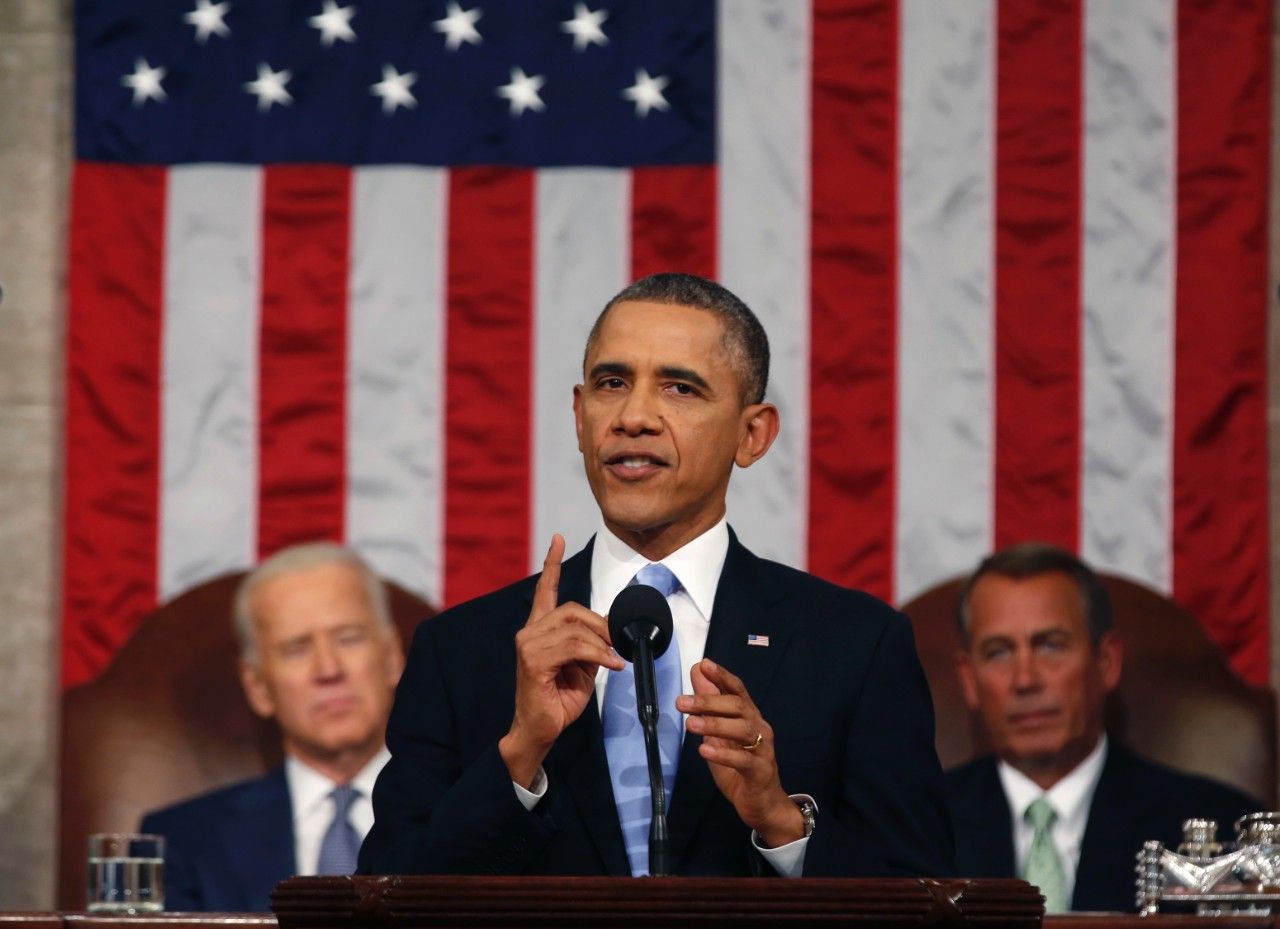 My friends who like to discuss politics and my colleagues who like to write about politics have made it clear to me that President Obama’s State of the Union Address was precisely what they expected. My Blue State friends loved it, my Red State friends hated it, and nothing I write here will, or should, change anyone’s political worldview. However, if you can put your political ideology aside for a few minutes, we can think through the following issues together as American citizens.

During his State of the Union address the President of the United States made several specific references to the state of our technology, starting with the thesis, “21st century businesses need 21st century infrastructure — modern ports, stronger bridges, faster trains and the fastest internet.” And while I cannot tell how current or proposed federal technology policy might help us achieve “21st century infrastructure” for every business in America, I’m certainly interested in hearing how it might be done.

I was happy that the President gave some attention to science, R&D, medical technology, space exploration and a version of Net Neutrality: “I intend to protect a free and open internet, extend its reach to every classroom, and every community, and help folks build the fastest networks, so that the next generation of digital innovators and entrepreneurs have the platform to keep reshaping our world.”

The problem is that no one can agree on how this might be achieved. The subject was covered at length in the President’s pre-SOTU writings. I wrote about the Administration’s ideas for “Fast and Affordable Broadband for Everyone” last week. This is a multifaceted issue with opposing fiscal and social agendas… we are unlikely to see it resolved during this Administration.

President Obama said, “No foreign nation, no hacker, should be able to shut down our networks, steal our trade secrets, or invade the privacy of American families, especially our kids. We are making sure our government integrates intelligence to combat cyber threats, just as we have done to combat terrorism. And tonight, I urge this Congress to finally pass the legislation we need to better meet the evolving threat of cyber-attacks, combat identity theft, and protect our children’s information. If we don’t act, we’ll leave our nation and our economy vulnerable. If we do, we can continue to protect the technologies that have unleashed untold opportunities for people around the globe.”

This is one of the most important issues of our time and, while I applaud the fact that this paragraph made it into the State of the Union Address, there is no legislation proposed, pending or otherwise that addresses the actual threat.

I was expecting the President to clearly articulate how his Administration was going to lead the world to digital safety and prosperity. Instead, what I heard was a call from a Democratic President to an overwhelmingly Republican Congress to pass legislation that, by the way, does not yet (and may never) exist.

Identity theft is not a national security or a government policy issue – it’s a business problem that business will solve. Our children’s information? What is that? Their names and addresses? Medical records? I’m sorry, that’s not a real issue either. Cyber attacks are also not a big deal; they happen to every big company and every big network every day. Businesses will figure out ways to protect themselves – they are fiscally motivated to do so.

On the other hand, military-grade cyber weapons are an issue… these were not mentioned in proper context. Equating the asymmetrical “War on Terrorism” to cyber warfare prevents average people from appropriately assessing the risk. This is not a battle or a gunfight against a person or a country… military-grade cyber weapons are the digital equivalent of chemical weapons. We are fighting digital diseases, not complete organisms. I know the President understands this, I do not know (from the SOTU or US Tech Policy) what he plans to do about it. Trust me: focusing on protecting “children’s information” is not going to safeguard out-of-date municipal networks, or small businesses with big bank balances, from super cyber weapons.

We (you and I) have a job to do. Before our leaders and lawmakers can help us, we have to decide (as a nation) how we want our digital rights protected. The Constitution did not contemplate digital rights for the citizenry, but it was conceived “…to form a more perfect Union, establish Justice, insure domestic Tranquility, provide for the common defense, promote the general Welfare, and secure the Blessings of Liberty to ourselves and our Posterity…”

I know these words by heart. I have been in awe of them since grade school and I am no less so today. Back in 1787, the members of the Constitutional Convention knew we needed a clear vision of how our nation would grow and prosper… a vision of America’s place in the world and how it would evolve from a young experimental republic to a mature democracy. I wonder what they would think of where we are now?

I did not find the President’s homage to technological progress particularly encouraging and, as politically correctly as I can put this, I’m pretty sure the tone of the State of the Union Address did not endear him to many Republicans. Which leaves US Tech Policy about where it was before the State of the Union.

Which is to say, nowhere.

I’m the Managing Director of the Digital Media Group at Landmark|ShellyPalmer, a tech-focused investment banking and advisory firm specializing in M&A, financings, and strategic partnerships. You may also know me as Fox 5 New York’s on-air tech expert and host of Shelly Palmer Digital Living, my national daily radio report. Follow me @shellypalmer or visit shellypalmer.com for more info.