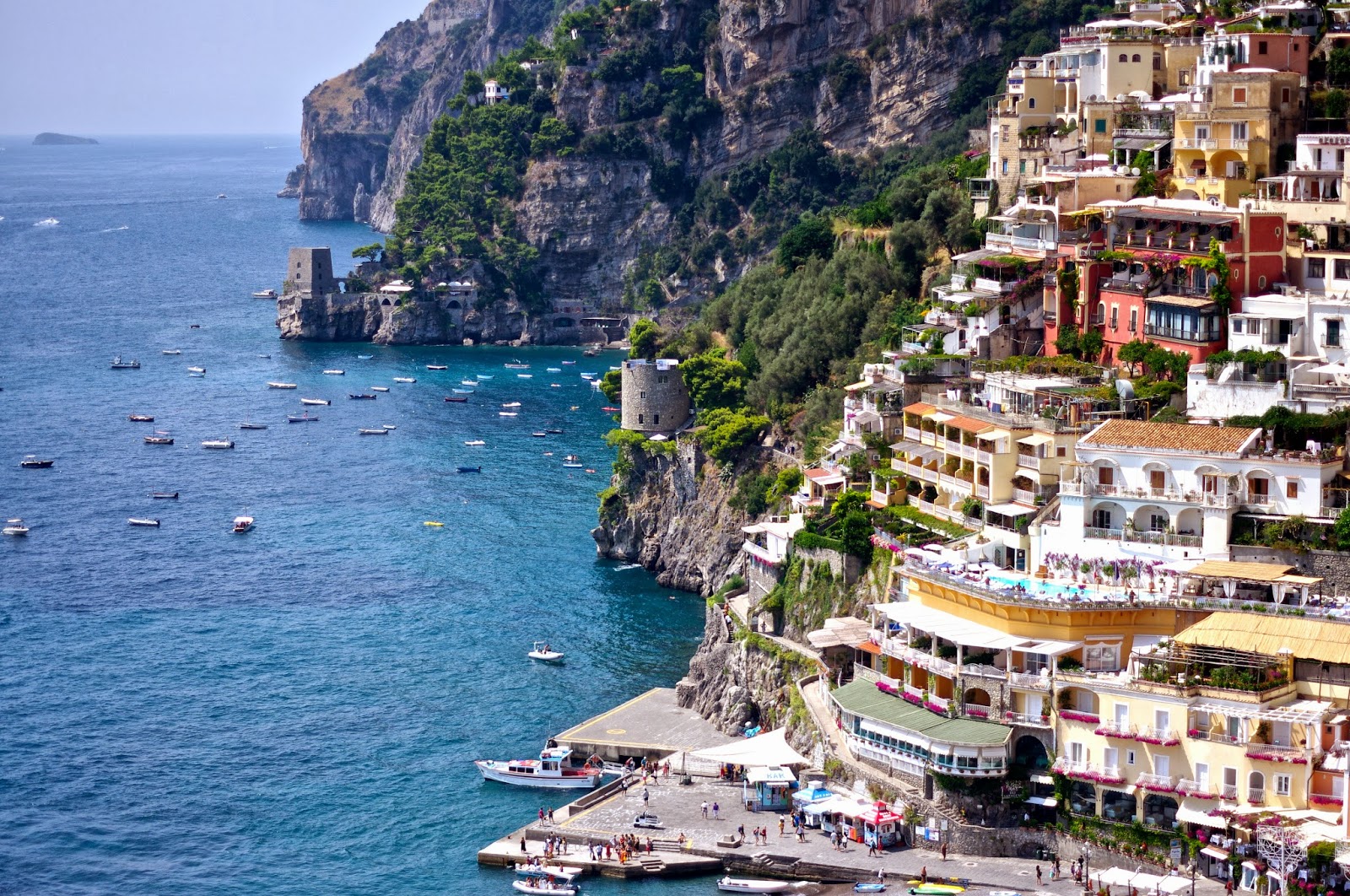 Verizon has always offered very limited options for customers traveling to Europe. Until recently, US$25 per month bought you 100 MB of data, $1.99/minute phone calls, 25-cent outgoing txt messages and 10-cent incoming txt messages (plan prices for minutes and txts varied by country). Every additional 100 MB of data cost an additional US$25. Going overseas was like taking a time machine back to your ’90s phone plan.

Imagine my delight when I logged on to verizonwireless.com and found a new, awesome $40 monthly plan that includes unlimited incoming txts, 100 outgoing txts, 100 minutes of talk and 100 MB of data. Each additional 100 MB of data still costs $25, but the plan is super-workable for anyone taking a weeklong sojourn to Campania (southwestern Italy) or any other European vacation.

Upon arrival in Naples, I received the standard “You’re connected, but you may have to pay” txt message. All good!

Protected by Cloak, I logged on to the airport’s WiFi to get my backlog of emails, post a facebrag and tweet something clever about connectivity in Capri. In an effort to conserve my 100 MB, I had yet to turn on my cellular data.

WiFi at the Capri Palace was awful (facebrag), but most restaurants and cafés in Italy offer acceptable connectivity, so I didn’t notice that my international phone plan was not working for a day or so.

All of that changed when a friend (on the same Verizon phone plan) asked how to call the States on his iPhone 6 (running iOS 8.3). He said, “I tried dialing the area code and the number, I tried 011, 001, 1, 00 … I tried everything!” That was weird. I tried to make a call … nothing. I didn’t get an operator or a robomessage, the phone looked like it was going to connect, then it hung up. It was the same on every Verizon iPhone 6 and 6 plus running iOS 8.3 in the group (seven different phones). People who had an iPhone 4, 4s, 5 or 5s running 8.3 had no problem. The person who had a 6 plus running 8.2 had no problem. His IT department would not let him upgrade to 8.3… good call. However, anyone with an up-to-date iPhone 6 or 6 plus was out of luck.

No calls also meant sporadic txt capabilities and zero data. No combination of settings, no amount of hard resets, no sequence could coax Verizon’s version of Apple’s flagship phone (running the latest software build) to connect with Vodafone IT.

For most of us, this would be a good thing. But while you have to be a special kind of workaholic to even think about connectivity on the Amalfi coast, for this boatload (literally) of Type A business people, it was on the border of maddening.

Dinner that evening was hilarious. As I was trying various sequences of rebooting and resetting my iPhone to get it to connect, various people were anxious to give me advice about how I might accomplish the task.

I listened carefully to each person tell me how to configure my iPhone 6 plus – fun for a while (great fun, actually), but in the end, even with the advice of a self-described octogenarian tech guru whose Italian accent was so thick I thought he was faking it, nothing worked. Well, almost nothing. I did get a txt from Verizon telling me that my regular (Stateside) data plan was 90% used up and I should consider increasing it. Magically, that txt got through.

In practice, my companions and I were all out of luck. There was no customer service number to call; the phones didn’t make calls. Emails to Verizon (sent when the phones were WiFi connected) went unanswered. Txts were useless. Online help was not navigable on any mobile device. The interweb was devoid of technotes on the subject (strange but true). Everyone in the group with an iPhone 6 or 6 plus running iOS 8.3 was condemned to a week of WiFi-only smartphone life.

I learned several valuable lessons this week. First and foremost, iPhones are truly everywhere. I expected most of the people I was traveling with to be iPhone users, but there was not even one Android device in the group. I also expected Android devices to dominate in France and Italy. This was not the case. There is a reason Apple is the most valuable company in the world.

Next, connecting to restaurant and café WiFi every place you go gets old, quickly. Without Cloak or another quality VPN, the security exposure would have been unacceptable.

Not surprisingly, I am totally addicted to my smartphone. I check it more than the 150-times-per-day average, and when it is not connected, I get cold sweats and hot flashes, my arm starts to itch, and I get nervous tremors.

And finally, when you’re traveling in Italy, Verizon’s customer service is seriously suboptimal. I guess I could have spent a few hours on the hotel landline working this out with Verizon, but that’s not how I wanted to spend my vacation.

While I can’t say for sure whether the Verizon/Vodafone IT issue is ongoing or an anomaly, forewarned is forearmed. If you’re traveling to Campania, have an Aperol Spritz on Capri, buy artwork in Positano, eat in Sorrento and skip Amalfi. As for your Verizon iPhone 6 or 6 plus running iOS 8.3, check with Verizon before you leave and get a number to call, or a person to email, because unless you’re on WiFi, it’s imposso!

Note: We had a layover in Paris on our way back to the States. My phone connected instantly. This, as the title says, is a Verizon-in-Italy issue. Is this possibly an Apple iPhone 6 or 6 plus issue and NOT a Verizon issue? Everyone in our group was a Verizon customer so I simply don’t know. That said, it brings up an interesting customer service problem. Who would a customer blame for this? The carrier or Apple? Both? I chose to blame the carrier, but it may not be its fault. Just another fuzzy boundary in our connected world.