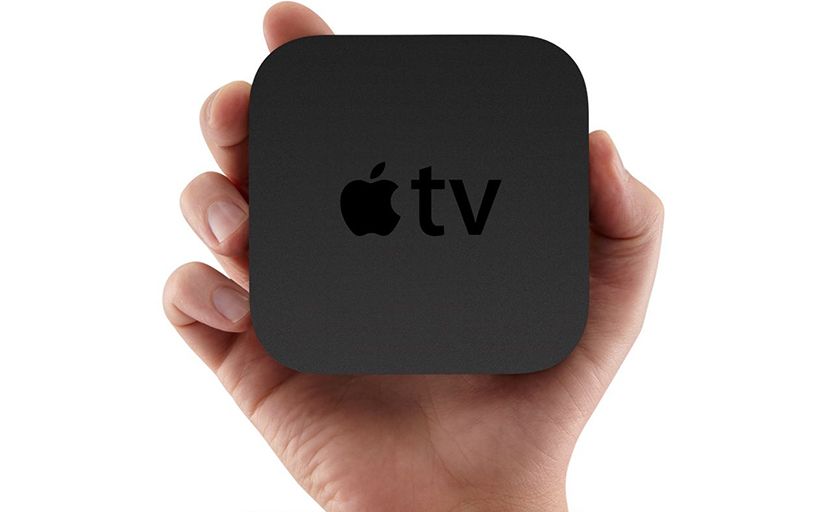 While only rumors can be reported about Apple’s upcoming September 9, 2015 press event (happening on opening day of our Media Tech Summit in Las Vegas—thanks, Apple), it is widely believed that the company will announce the next version of the iPhone 6 (possibly the 6s or a new iPhone 7) and some new Apple TV hardware.

But according to some new, better rumors, Apple will have to delay the announcement of its “live” Apple TV streaming service until sometime in 2016 for two excellent reasons: (1) Apple is having trouble making content deals, and (2) Apple has no idea how much bandwidth it’s going to need to deliver the service.

According to Bloomberg News, “Talks to license programming from TV networks such as those owned by CBS Corp. and 21st Century Fox Inc. are progressing slowly.”

While the difficulty of these negotiations may have surprised Apple, no one in the TV business would have expected anything else. The consensus among those familiar with the negotiations is that Apple was or is mostly looking for premium content at below market prices. Unless something remarkable occurs, or some major TV executives go temporarily insane, this is not going to happen.

Apple will not only have to pay market prices for its television content, it will probably have to pay more – because at, or above, market compensation is the only evolutionarily stable strategy for the TV industry.

A good way to think about this is the predator/prey relationship enjoyed by rabbits and foxes. Most rabbits are faster than foxes. Why? The fox can always go hunting for another dinner; the rabbit does not get that chance. So it will be with the TV industry. Cut a bad deal with Apple TV and death is all but certain.

Wait! Apple TV is not the only game in town, and TV content producers and rightsholders have hundreds of other distribution options. “Death” is hyperbole, and a distribution via Apple TV is just another deal.

It is more likely that the TV industry is doing exactly what it should be doing: treating Apple with healthy respect. Apple is an unemotional destroyer of traditional business models. This deal will have to be substantially on the TV industry’s terms, or TV needs to walk away.

For this brief moment in time, Apple may actually need the TV industry more than the TV industry needs Apple. It has been widely reported, and clear to anyone who follows Apple, that “television programming is a key part of Apple’s strategy to use music, information and entertainment to keep the company and its devices at the center of people’s digital lives.” This is great news for the TV industry as long as it gets well paid and retains or, more importantly, has access to the data generated from user interaction with its content. In a data-driven future, advertisers and marketers will only care about content as a generator of actionable data. Nothing else will matter.

Then there’s Apple’s other major issue. Broadcast infrastructure works great. Broadband infrastructure is a scarce resource. How will Apple assemble an infrastructure capable of delivering emotionally satisfying video streams on par with the three 9’s, and in some cases four 9’s, of service enjoyed by most cable customers? The public Internet was not built for this.

According to Nielsen, the average American watches approximately five hours of television per day. This number varies by age group and demographics, but not the way you think it does. So before you start thinking about what this five-hour number means, visit Nielsen or the TVB and have a look.

What you will learn is that completely new Content Distribution Networks (CDNs) will have to evolve before anyone can replicate the viewership capacity of broadcast networks using broadband technology. This is a nontrivial issue. That said, if Moore’s Law and the Law of Accelerating Returns can be used to help calculate broadband distribution capacity, get ready for some serious streaming content.

So Why the End of Days?

Consumers don’t care where their content comes from or how they get it. To consumers, it’s all just video. On the other hand, we – the television industry – care deeply about how content gets from point A to point B. Commercials are priced very differently when you watch Law & Order: SVU in Primetime on NBC versus the same show in Primetime (or anytime) on TNT. The dollars are even more divergent when you watch the same show on demand (via your cable system) or when you watch on demand via a streaming service. The dollars are wildly different when you purchase a download at the Apple store (or anywhere else, for that matter).

The dual model, advertising plus subscription revenue, is based upon many different, mostly opaque, deals. Importantly, no one really knows how many people are watching any particular piece of content or who they actually are. Current measurement technology can give you a reasonable (albeit archaic) idea, but the business is largely built on turning pretty bad data into action.

When Apple TV really gets going, the system will have exceptional data, and turning it into action will be job one. This will include a dispassionate look at the value of each piece of content against its target. Make the cut, you win – but not big, just a win.

So far, no company has been able to test this theory at scale. Not even YouTube. If this turns out to be true, it will be the end of days for the traditional business model – a model that remunerates future performance on the basis of past performance and a model that, on its best day, guesses at ROI.

In a precious, rare moment, Apple finds itself slightly weaker than any industry-watcher would have ever suspected. It can’t strong-arm the TV industry on rates, and it really doesn’t have an appropriate solution for content distribution at scale.

With excellent negotiations, the TV industry has a chance to evolve into a bigger industry (by viewership) than it ever was. If not, it can at least enjoy this delay to the end of days.