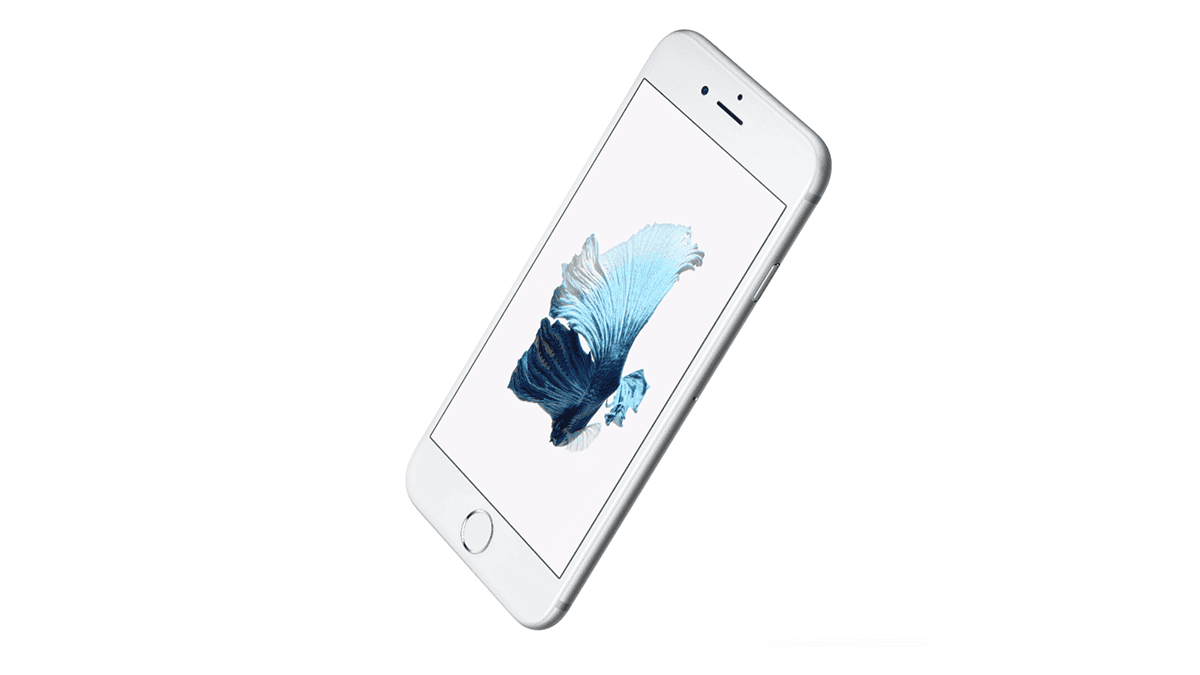 Apple’s iOS 9 (the new iPhone operating system) contains a very special feature that enables third-party app developers to develop Ad Blocking tools. These tools, which have been around for PC-based web browsers for years, are probably better described as “content blocking” because they allow you to block all kinds of noncommercial stuff (also because there is a heated debate as to whether or not ads are “content”). Pundits and students of the commercial advertising business have identified this technological achievement as the beginning of the end of days. Others cite history and say the industry will get past the problem. After all, content blocking is not new; it’s just newly relevant. Right?

There are at least four main types of commercial avoidance: psychological, physical, mechanical and electronic (as outlined in my book Television Disrupted: The Transition from Network to Networked TV, Focal Press, 2008; 2nd Edition, York House Press, 2011). 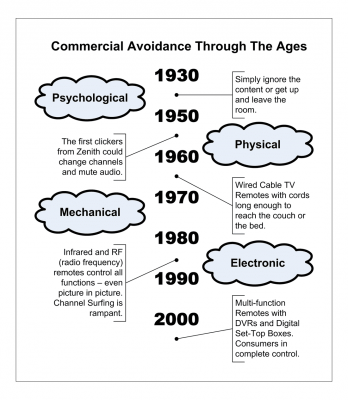 On December 7, 1930, W1XAV Boston did a video simulcast of a CBS radio program, The Fox Trappers. It was a concert sponsored by I. J. Fox Furriers, and the broadcast included what some people call the first television commercial. From that point on, all you had to do to avoid a commercial was to ignore it. Let’s call this psychological avoidance.

A popular commercial avoidance technique also goes back as far as the technology itself – walking away. Let’s call this physical avoidance. Now, physical avoidance is fairly well documented by a large portion of the TV viewing public. We’ve all been trained to use the restroom or grab a snack during commercial breaks.

Pundits often refer to the I Love Lucy Toilet Bowl Syndrome. This is a charming story about the drop in water pressure during the commercial breaks of I Love Lucy back when there were only three networks and any show could enjoy a monstrous rating just by being good. Not quite.

Tim Brooks, who calls himself a “friendly historian,” helped me find a reference to the origination of this urban legend. Back in the early 1950’s, George J. Van Dorp, water commissioner of Toledo, Ohio, created a television rating system based on water pressure. It is well described in a story that was featured in the Mueller Record from April 1954 (pages 20-22). The story references water pressure variations during airings of I Love Lucy, so perhaps this is where it all began.

That said, just before Super Bowl XXII, Harvey Schultz, commissioner of the New York City Department of Environmental Protection, issued a “Bowl Warning” (pun intended). He asked New York City Super Bowl viewers (especially beer drinkers) to please stagger their trips to the bathroom during commercials to reduce strain on the city’s water mains. This was a good-natured joke done to get the commissioner’s name in the news, nothing more.

Believe it or not, there was a television event that actually had an effect on water pressure levels in NYC: the last episode of M*A*S*H. The two-and-a-half-hour episode aired in 1983 and enjoyed a 60 rating (percentage of TV households) and a 77 share (percentage of houses using television). That makes it one of the biggest television audiences in history and, according to the commissioner’s office, both big water mains were affected during the commercial breaks.

From the very beginning, you could psychologically or physically avoid commercial announcements. Wired remote controls appeared in the early 1950s, but consumers didn’t like the bulky cables, so wired remotes really didn’t take. The first practical mechanical avoidance occurred during the Golden Age of Television. In 1955, Zenith introduced the “Zenith Space Command.” It was immediately nicknamed “the clicker” because when you pressed the button it made a distinctive clicking sound as the device generated its ultrasonic signal. (The Zenith Space Command is considered to be the first practical wireless remote control.)

This 1955 ad features the ability to shut off long, annoying commercials while the picture remains on the screen, but this “flashlight-based” technology was not a hit with consumers.

To be fair, the ratio of commercials skipped to commercials watched was not truly felt until battery-operated, electronic remote controls became standard features of television sets and cable boxes in the late 1970s and early 1980s. By 1985, “channel surfing” was the biggest problem facing television, and advertising execs and the industry started to do everything they could to minimize it.

Assaults on the sanctity of the “free programming for advertising exposure” covenant continued with the advent of the VCR and DVR. By 2010, more than 40 percent of TV households had DVRs. Commercial skipping was “the” issue on every advertising executive’s mind. Not because it was more harmful than channel surfing, psychological avoidance or physical avoidance, but simply because it could be better measured.

We can all give great examples of television and radio commercials that moved us, inspired us, entertained us or enlightened us. We can also, if pressed, remember an ad somewhere that called us to action or helped us make a decision about a purchase. But most of the time, we’d rather not be bothered. Irrelevant, average and mediocre advertising (which are pervasive in our culture) are not only interruptive, they are annoying.

If you really want to be annoyed, try to read an article associated with the clickbait headline you just tapped on your phone. It will be so laden with irrelevant “content” you will not actually know where to click to get to the next few sentences. The experience (even on the best mobile optimized sites) is painful in the extreme. This is really bad for advertisers – they are not getting any value at all. It’s bad for consumers – the experience sucks! There is too much friction between the consumer and the “real” content. So the industry is about to get what it deserves – a serious spanking from a company that puts consumer experience first.

Reducing friction is the key to behavior modification. People could always get up to change the TV channel. The electronic remote made it easier, so people did it more often and channel surfing was born. VCRs (video cassette recorders) and DVRs (digital video recorders) offer the exact same functionality: record, playback, fast-forward, rewind, pause, etc. But DVRs are much, much simpler to use and commercial skipping was born.

There has always been content-blocking technology – Apple is just reducing the friction (something it specializes in across all of its businesses). By doing so, it will pave the way for fast and massive consumer adoption. Content blocking will be born and behaviors will change!

As crazy and dangerous as Apple’s Ad Blocking/Content Blocking tools may seem, they are consumer friendly, content marketer friendly and probably brand friendly. That said, there will be losers: publishers and Google – and there will be winners: consumers and Apple. Oh, and Apple is not only going to win, it is going to win huge!