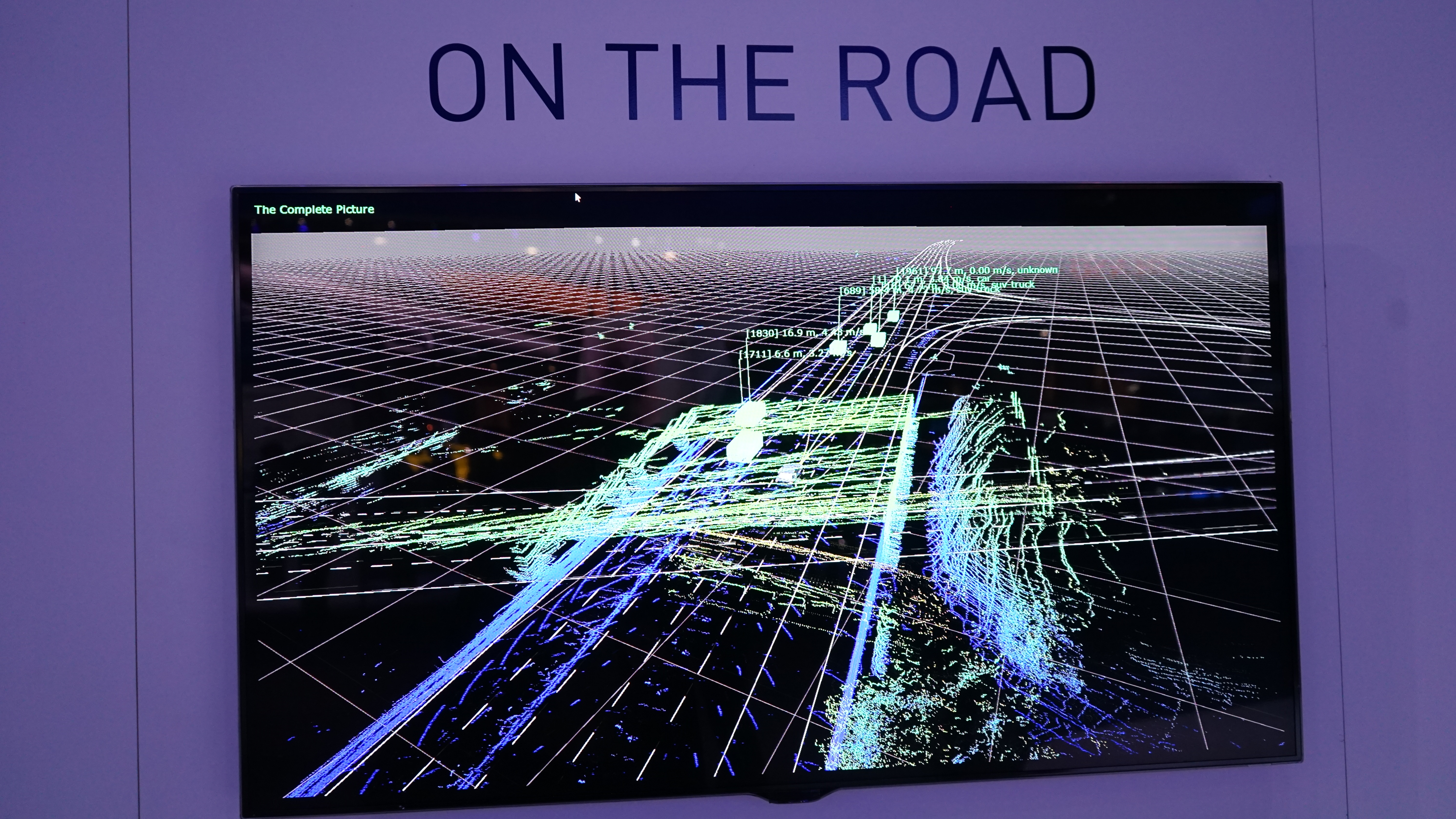 The North Hall of CES 2016 is filled with half-cars. They’re about three dozen demo “cars”  from companies like Audi, Volkswagen, Ford, Mercedes-Benz, Toyota, and more. Each of these chunks of gleaming car-parts and heads-up-display dashboards of the future promise to one day be integrated into autonomous vehicles.  Usually, the North Hall (referred to as the “Car Electronics Show”)  is filled with a cacophony of woofers, tweeters, subwoofers and darn-gigantic-thumpers bringing deafening audio sounds. But this year,  the audio portion seemed sedate, even anemic,  as consumer electronics experts stood with jaws agape at the evidence that autonomous vehicles were coming to a garage near you and sooner than you may think.  So, what’s this got to do with Nvidia, the well-known manufacturer of video boards and gaming peripherals? Because every one of the car companies I listed above is counting on Nvidia and similar companies to manufacture infrastructure electronics:  sensors, chipsets, algorithms, etc.,  that will make autonomous cars affordable to consumers.  At the present time, if you include the cost of the expensive LIDAR and other navigation sensors on the Google car, for example, I’ve been told to buy one you would spend what it costs to buy a Ferrari. Nvidia has been developing an array of systems and technologies designed to be sold to auto manufacturers at a fraction of the cost. They demonstrated a pedestrian detection system live that was very compelling, plus parking assist, emergency braking and more.  They also displayed a system that integrated various driving sensors, when combined with their new chipset, allowed the self-driving car of the future to navigate effortlessly through a sea of traffic.  Other companies joining the fray of providing tools to make self-driving cars a reality include companies like Blackberry and Qualcomm and they had displays at CES as well. Driverless car: I eagerly await you.