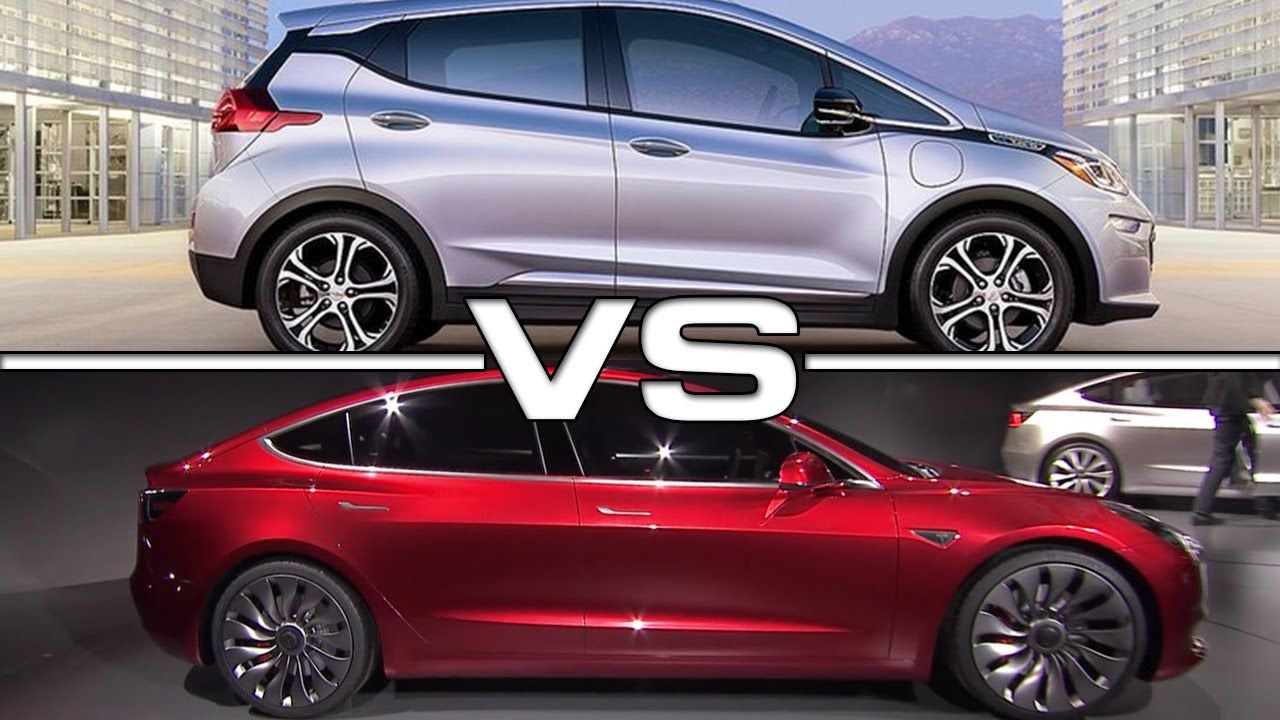 Elon Musk recently announced the Tesla Model 3, a sub-$40k, 5-seat plug-in electric vehicle (PEV) with a ~200-mile range that is well positioned to change the world. It should be available sometime in late 2017. Don’t count on the ship date; Tesla has never shipped any product when promised. That said, as of this writing, the company received over 325,000 deposits ($1,000 each). In fact, there were lines outside many Tesla dealerships evoking images of fanboys lining up to preorder iPhones.

Sometime in late 2016 (a year earlier than Tesla is scheduled to launch the Model 3), GM is going to launch the Chevy Bolt, a sub-$40k, 5-seat PEV with a ~200-mile range that is also well positioned to change the world. As of this writing, GM has received approximately zero deposits to reserve the Bolt. And there’s a reason.

Continuing the smartphone metaphor, GM may equal Samsung or HTC or any Android handset maker, but the answer to this question is not important. That people are asking questions such as, “Is the Chevy Bolt a Tesla killer?” positions Tesla as a company that has transcended the metrics of its industrial-age competitors. Tesla is playing by rules that simply don’t apply to the auto industry writ large, and it and other tech startups such as Google and Apple (car division) and LeEco’s Faraday Future are all going to benefit from Tesla’s tech roots.

People who know the auto industry have no idea why Tesla is valued the way it is. This lack of understanding adds color and context to the tale of two automakers. Tesla is valued partly on its promise, its business model, its culture and its visionary leadership. GM is too, but Wall Street knows much, much more about GM’s capabilities than it knows about Tesla’s.

Is There a PEV in Your Future?

If you’re like 75 percent of Americans, you drive less than 40 miles per day, so a PEV with a ~200-mile range removes the range anxiety barrier. In practice, there are a significant number of American drivers who could use a Bolt or a Model 3 as a primary car, and both make an extraordinary second car or commuter car. Both the Bolt and the Model 3 will net out between $42k and $45k after the end of government subsidies, and including the options you will probably choose (dual motors, extended batteries, etc.). This price range puts both cars in a competitive price range with traditional gas-powered vehicles and hybrids. Several market analysts have said that ~$40k is a magic number that takes PEVs out of the “lifestyle choice” category and puts them in the consideration set for “my next car.”

The Model 3 is sexy. It’s stunning, actually. When you look at it, you want it. I don’t have any way to charge it, but I still want it. It’s cool looking! In fact, the Model 3 is not a PEV at all; it’s a fashion accessory in the tradition of Apple products, not a car in the tradition of Detroit. Elon Musk is the “Tony Stark” of our time. You won’t drive your Tesla; you will wear it, just like you wear your clothes, your jewelry, your hard liquor and your beer. A Tesla will say something about you that you want said.

The Chevy Bolt is utilitarian. It is huge inside. Gets to 60 mph about two seconds slower than the Model 3, but it is still fast. The Bolt may handle better in bad weather because it features front-wheel drive (this is seriously debated by experts). Of course the Bolt also looks like what it is: a hatchback. The thing is, the Chevy is probably a more useful PEV at a better price. Feature for feature, the Chevy Bolt is a technological wonder. It was designed from the ground up as a PEV, and GM put a team of seasoned automotive designers with hundreds of years of driving experience on this project. It is not sexy; it is not “cool.” It does say something about you, but the question is, do you want it said? The car is going to be awesome. But — it won’t be a Tesla.

So which should you buy? That is the greatest question of all! The idea that we are thinking about PEVs as a choice is fantastic. I’ve decided that my first PEV will be a 2020 model year. I’ve already asked my parking garage to prepare for it. There are all kinds of issues getting electricity to where I park my car, but the wheels are in motion.

Your wheels should be in motion too. 2017 is the transitional year. It’s the year America has a real choice. Model 3 or Chevy Bolt? I don’t care – just order one of them!

IMPORTANT NOTE: A number of extremely credible individuals have admonished that I neglected to mention significant problems with PEVs, such as:

The bottom line as told to me by Robert C. Atkinson, Director of Policy Research, Columbia Institute for Tele-Information (CITI), Columbia Business School is, “Buy a Tesla or Bolt because they are good cars, you like their features, etc. — but don’t buy one because you think they are environmentally better.”

PreviousShould You Buy a Tesla Model 3 or a Chevy? Shelly Palmer on Fox NextWhich VR Headset is Right for You?