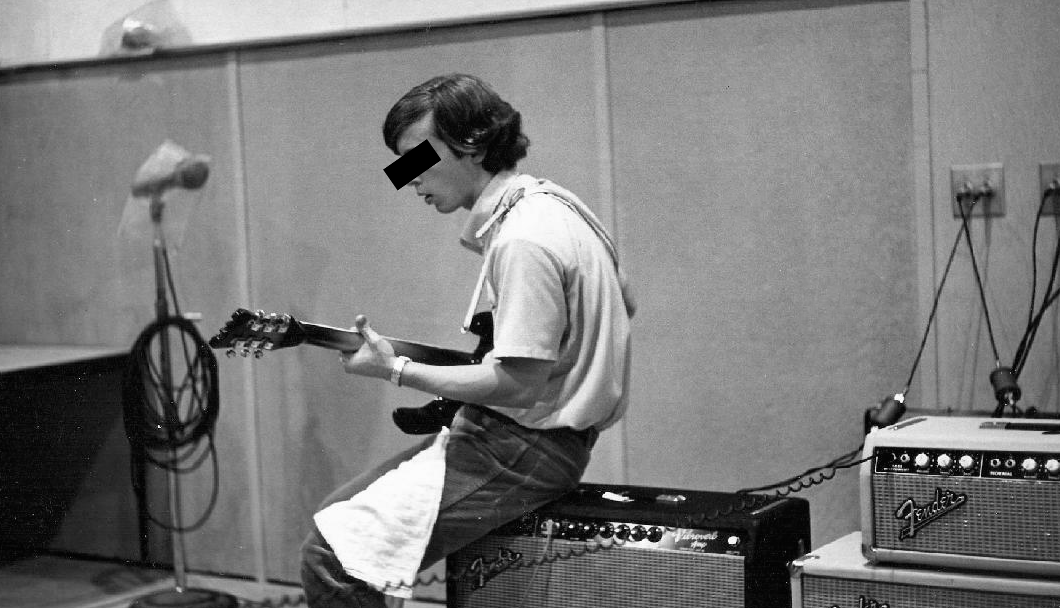 Everyone was tweeting their #firstsevenjobs the other day. As I thought back on my job number 7, I remembered a traumatic lesson in the power of trust and truth. I named it “The Honesty Paradox.”

Job number 7 was my dream job. I was hired as a composer/producer by a legendary jazz musician who owned a prominent commercial music production company. He was famous, his company was famous and I was in heaven. He had a recording studio at his suburban estate and we would spend a few days each week working from there.

One weekend, we were in the control room doing a mix when his wife walked in and announced, “They’re here.” I looked up at my boss and wondered what that meant. Clearly annoyed by the imposition on our time, he told me to go into the studio, put a few chairs around a guitar amplifier and “set the kid up.” I entered the studio to find a young teenager (maybe 14 years old) carrying a guitar case. His tiger mom and tiger dad were gleefully looking at all the equipment and cables. This was going to be interesting.

When everything was ready, my boss and his wife walked in. Tiger Dad reached out to shake my boss’s hand and thanked him profusely for agreeing to evaluate his son’s musical ability.

As far as the kid’s parents were concerned, my boss was going to validate their belief that their son was on his way to a stellar musical career. My boss was famous. He was an award-winning musician, singer, composer, and producer, and he could pick up the phone and put this kid on the map.

What happened next has haunted me since. My boss said, “Whenever you’re ready” and sat down. After fidgeting for a few seconds, the kid started to play “Stairway to Heaven.”

It was an unfortunate performance.

About 10 seconds later, my boss said, “Wow. Thanks for that” and politely asked him to stop.

The parents smiled broadly, expecting to hear what they were longing to hear from one of the most plugged-in producers in the world. Their smiles turned to expressions of astonishment, then horror, then anger as my boss quietly said, “Well, I tell you what. Your son has absolutely no musical talent. None at all. If he wants to play for his own enjoyment, I would highly encourage him to do so. But I can tell you with absolute certainty that he will never be able to play professionally and has no chance at making a living in the music business.” There was excruciating silence as the words hit their mark. Then came the screams, the crying, the begging to let him try again, the insults toward my boss, screams of “How could you!” from my boss’s wife, more screaming from Tiger Mom, curses from Tiger Dad, and then they were gone.

When it was all over, we went back to the control room to finish the mix we had been working on. I was almost too afraid to ask what had just happened, but I really needed to understand it. So I timidly asked him, “Why did you do that?”

He stopped what he was doing, gave me his full attention, and asked, “How long did it take you to realize this kid had no talent?” “I knew before he started,” I said, “while he was tuning his guitar.” “Right,” said my boss. “I didn’t hear him tune up, but if I had, I would not have wasted the time to let him play.”

But I was still confused because I didn’t see the reason for my boss’s behavior toward the hopeful boy and his proud parents. So I asked him, “What possible reason could you have had to destroy this kid’s dreams, instigate the ire of his parents, embarrass your wife and generally act like a jerk?”

His answer was resolute. In his opinion he had done the kid and the family a gigantic favor. I can still clearly hear his voice: “Shelly, this kid has absolutely no musical talent. You know it, I know it and now they know it. Can you imagine what would happen to this kid if I smiled, politely applauded and offered words of praise and encouragement? He would waste the next 10 years of his life taking music lessons and dreaming of an impossible future. What if this kid is the next Jonas Salk or some other great doctor, but he never concentrates on that because he thinks he’s going to be a professional musician? I saved this kid. I really did.”

I understood what he was saying, but I still thought there was no reason for him to have been that harsh. I asked why he didn’t deliver his judgment in a politer way. He looked me straight in the eye and calmly said, “I was honest with them. I was direct. I stated the opinion I was asked to state. I did the right thing, the right way.” His words haunt me to this day.

So, my questions to you is, how would you handle the “Honesty Paradox?” Would you be brutally honest? Would you try to be polite and just thank them for coming? Would you lie with the sin of omission while offering platitudes? Or would you simply lie?

These are choices we all face every day. Save ourselves, save our jobs, save our friendships, tell people what they want to hear. Or respect the trust placed in your experience and knowledge and say what you absolutely believe. The choices are never as simple as I am presenting them – or are they?

Have you dealt with the honesty paradox? If so, I’d love to hear about it. Please share it with me at info@shellypalmer.com.