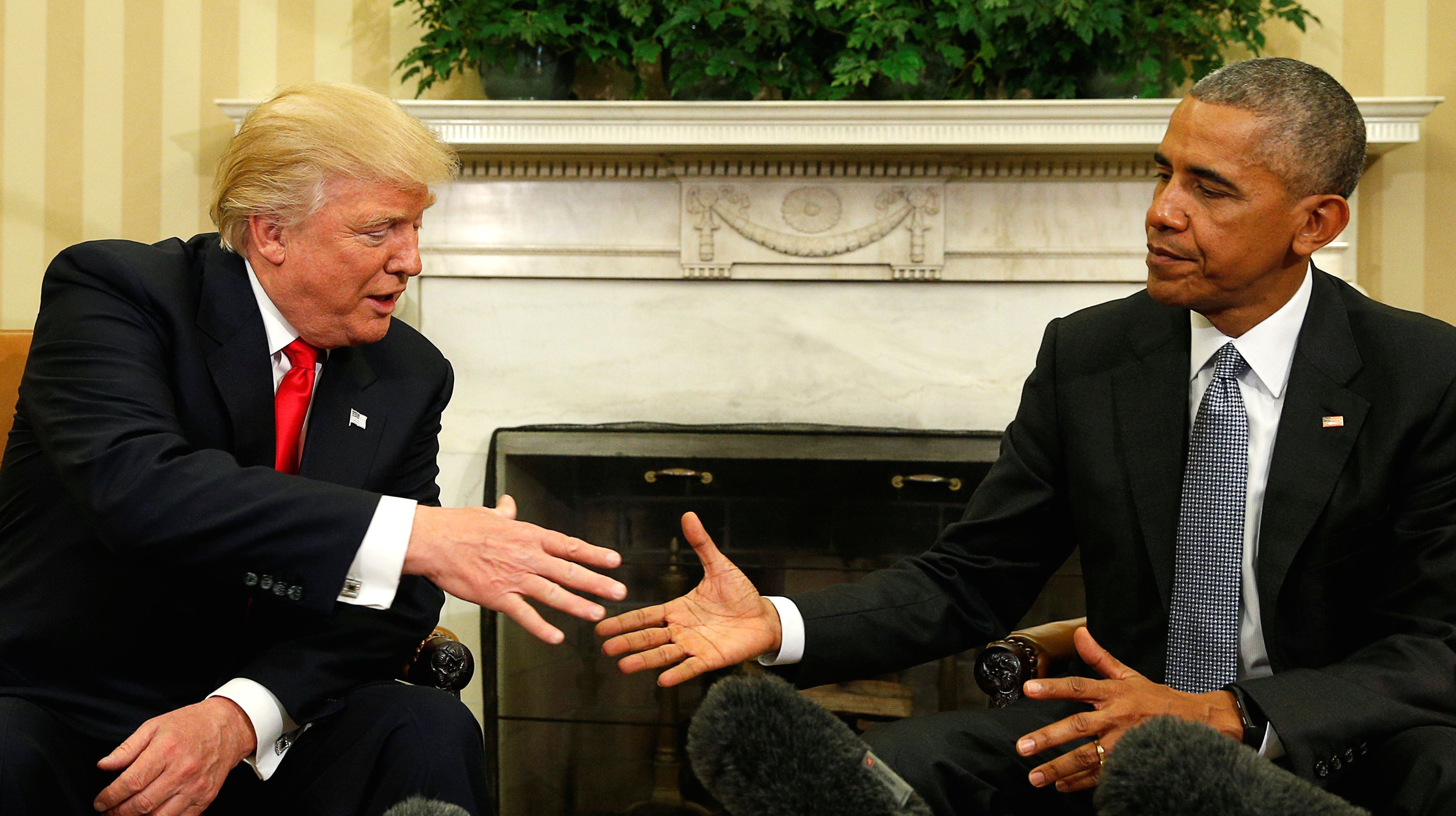 There will be plenty of time to debate how and why the election turned out the way it did. But on January 20, America will show the world why it is unique among nations as we peacefully transfer power from our sitting President to the President-Elect. This singular act has been a cornerstone of our constitutional democracy since George Washington declined to run for a third term.

A few days after the election, I had the honor of hosting the annual Anti-Defamation League Awards Tribute Gala in New York City. The room was filled with people from all walks of life and every economic stratum from both blue and red states. Every conversation, no matter whom you were speaking with, immediately turned to politics.

It might surprise you to learn that there was a heterogeneous mix of political ideologies represented at this event. Generally speaking, Secretary Clinton’s supporters were despondent, angry, scared and more or less in shock as they commiserated. On the other hand, Trump supporters were happy about shaking up Washington and their belief in a potential economic upside.

Perhaps you are wondering how a Trump supporter could be attending a fund-raising event for an institution that exists to combat the divisive rhetoric Mr. Trump used to become President-Elect Trump. The answer is simple. Almost all of them are convinced (rightly or wrongly) that the Constitution will prevent the new President from institutionalizing hate.

Based on President-Elect Trump’s campaign promises, many fear that hate will become institutionalized on inauguration day. Whether or not you believe this to be true, it is critical for you to understand that the fear is real and people are scared.

Some people are scared because during the campaign and after the election the volume and velocity of hate messages dramatically increased, hate messages moved from the fringes to the mainstream, and there has been a dramatic increase in reported hate crimes.

The ADL writes, “We cannot ignore the fact that this campaign brought out many of the worst elements of our society. We saw displays of intolerance that frightened many of us, including levels of anti-Semitism on social media that were simply off-the-charts (see our report here).”

Some people are scared because they are Mexican or Muslim or women or immigrants and they fear for their safety and for the safety of their families, or they simply fear that the civil rights America fought so hard to achieve may be taken away. The fear is real and people are scared.

I have heard so many people generalize that because roughly half of the electorate voted for President-Elect Trump, half of America is stupid, racist, misogynistic, and filled with hate. This is simply not true.

We cannot let America become two nations, under God, divisible, with liberty and justice for some. We need to listen carefully and respectfully to each other and work together to build an America capable of leading the world into a peaceful and prosperous 21st century. There is a lot of work to do, and we are very fortunate to live in a country where we, no matter our position, are allowed to do it!

The Constitution and the Law

Go find your favorite lawyer and ask about the separation of powers, states’ rights and, if you’re so inclined, Bibb v. Navajo Freights Lines (commonly called the Mudflap case). You may be surprised to learn how intricate are the relationships of the Constitution, federal importance, states’ rights, the three branches of government and the people (voters) of America.

While not impossible to imagine, it would be exceptionally hard to institutionalize hate. However, the facts in evidence show that during the past 18 months we have seen hate find a path to normalization. This should cause everyone in America to pause, take a breath and remember that the Constitution begins, “We the People of the United States, in Order to form a more perfect Union, establish Justice, insure domestic Tranquility, provide for the common defence, promote the general Welfare, and secure the Blessings of Liberty to ourselves and our Posterity, do ordain and establish this Constitution for the United States of America.”

You may think your side knows this document by heart and the other side has never read it. This is not true either. Passions are high, because everyone believes they are right and, therefore, the other side must be wrong. There is a better way.

This Has Happened Before

Rather than preach tolerance or pretend that I have the answers or that somehow my worldview is better than yours (or anyone else’s), let me conclude with a paragraph from the Gilder Lehrman Institute of American History’s website that quotes a letter George Washington wrote to Jonathan Trumbull Jr. circa 1799 about why he would not seek a third term as President of the United States.

“The line between Parties,” Washington wrote Trumbull, had become “so clearly drawn” that politicians would “regard neither truth nor decency; attacking every character, without respect to persons – Public or Private, – who happen to differ from themselves in Politics.” Washington wrote that, even if he were willing to run for president again, as a Federalist, “I am thoroughly convinced I should not draw a single vote from the Anti-federal side.” For Washington, the nation’s political parties had soured discourse and created a climate in which, as he predicted in his 1796 farewell address, “unprincipled men will be enabled to subvert the power of the people and to usurp for themselves the reins of government.” Referring to the Democratic-Republicans, Washington wrote, “Let that party set up a broomstick, and call it a true son of Liberty, a Democrat, or give it any other epithet that will suit their purpose, and it will command their votes in toto!”