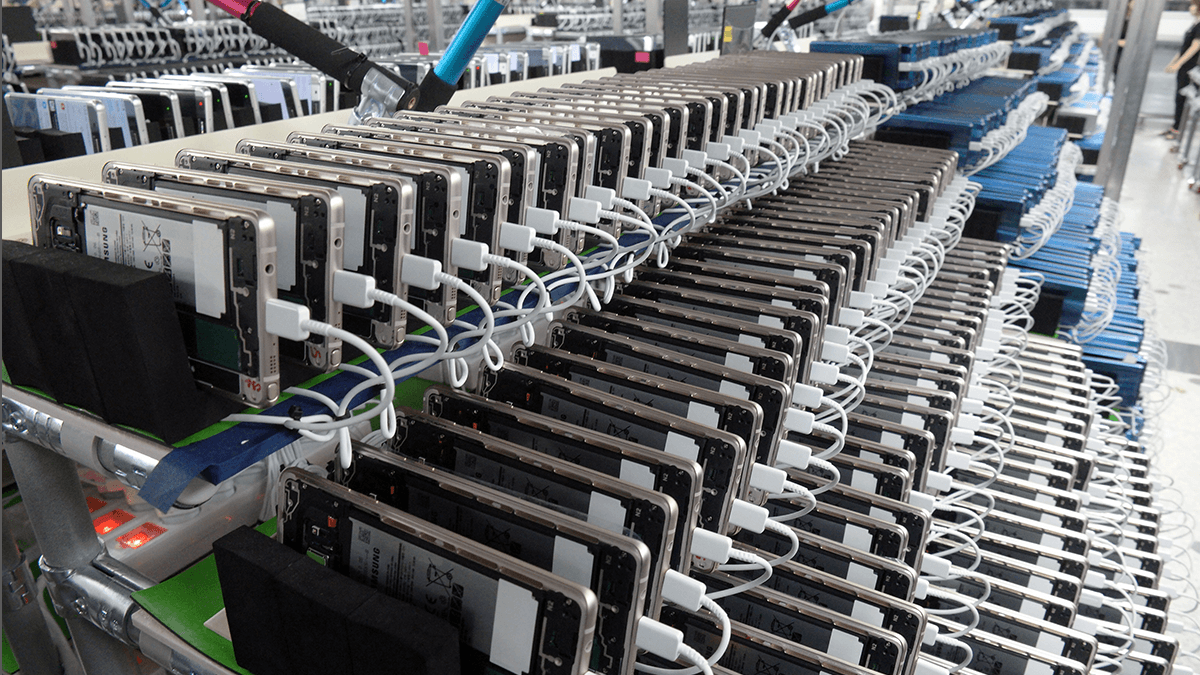 Samsung has released the findings of four extensive investigations it initiated to discover what caused the Note 7 thermal runaway issues (explosions and fires). In short, there was a design flaw with the batteries installed in the original Note 7, there was a manufacturing defect with the replacement batteries (from a second supplier) and there was one more thing, which we shall explore here. It’s a key takeaway from the investigations and it emphasizes a significant managerial flaw that is all too common in innovative organizations.

These days, consumers expect flagship mobile devices to feature super-fast, state-of-the-art processors; thinner, waterproof cases with smaller bezels; bigger, brighter, higher-resolution screens; longer battery life with inductive charging capabilities; and anything else that can help differentiate one high-end product from another. Samsung, Apple and every other mobile manufacturer are locked in a powerful innovation vortex from which there is no escape. Innovate or die! It’s that simple.

So it should surprise no one that Samsung asked its battery suppliers to make a super-small, super-powerful battery that could outlast an iPhone, best other Android-based devices and propel Samsung to the top of the smartphone world.

This required pushing the capabilities of lithium-ion battery technology to its limits, and it relied on a set of manufacturing protocols and processes that had been in place for years. Two trusted battery suppliers that had each delivered literally billions of batteries to specification were asked to push the envelope for the Note 7. What could possibly go wrong?

When it was released in mid-August 2016, the Note 7 was the best handheld device Samsung had ever made. Unfortunately, soon after the release date, there were reports of Note 7s spontaneously exploding or catching fire. Samsung immediately issued a recall for the suspect phones and rushed replacement Note 7s to market. Importantly, the second batch of Note 7s contained batteries designed and built by a different battery supplier (Supplier B).

Almost unbelievably, within days of the replacement Note 7s hitting the market, reports of the replacement phones exploding or catching fire started to surface. These were new Note 7s with new batteries from Supplier B. In response, the FAA banned Samsung Note 7 devices from all airline flights, and Samsung had a public relations nightmare on its hands.

Samsung’s initial responses to the issue are well documented elsewhere, so I won’t recap them here. Suffice it to say, the company went above and beyond to recall and get back every Note 7 it could. And then, management did what good management does: they launched a massive investigation to figure out what went wrong with the goal of preventing it from ever happening again. Which brings us to the present day.

5. Samsung hired TUVRheinland to investigate if there was an obvious flaw or some issue in Samsung’s logistics and assembly that might have caused the devices to fail.

What Samsung Read Between the Lines of These Reports

The technical conclusions of both UL and Exponent cited battery design and manufacturing issues (caused, at least in part, by process) as the main reason for the thermal runaways (explosions and fires). The third investigation, by TUVRheinland, investigated Samsung’s logistical processes, but not its battery design process or other specification protocols. The good news is, Samsung did. 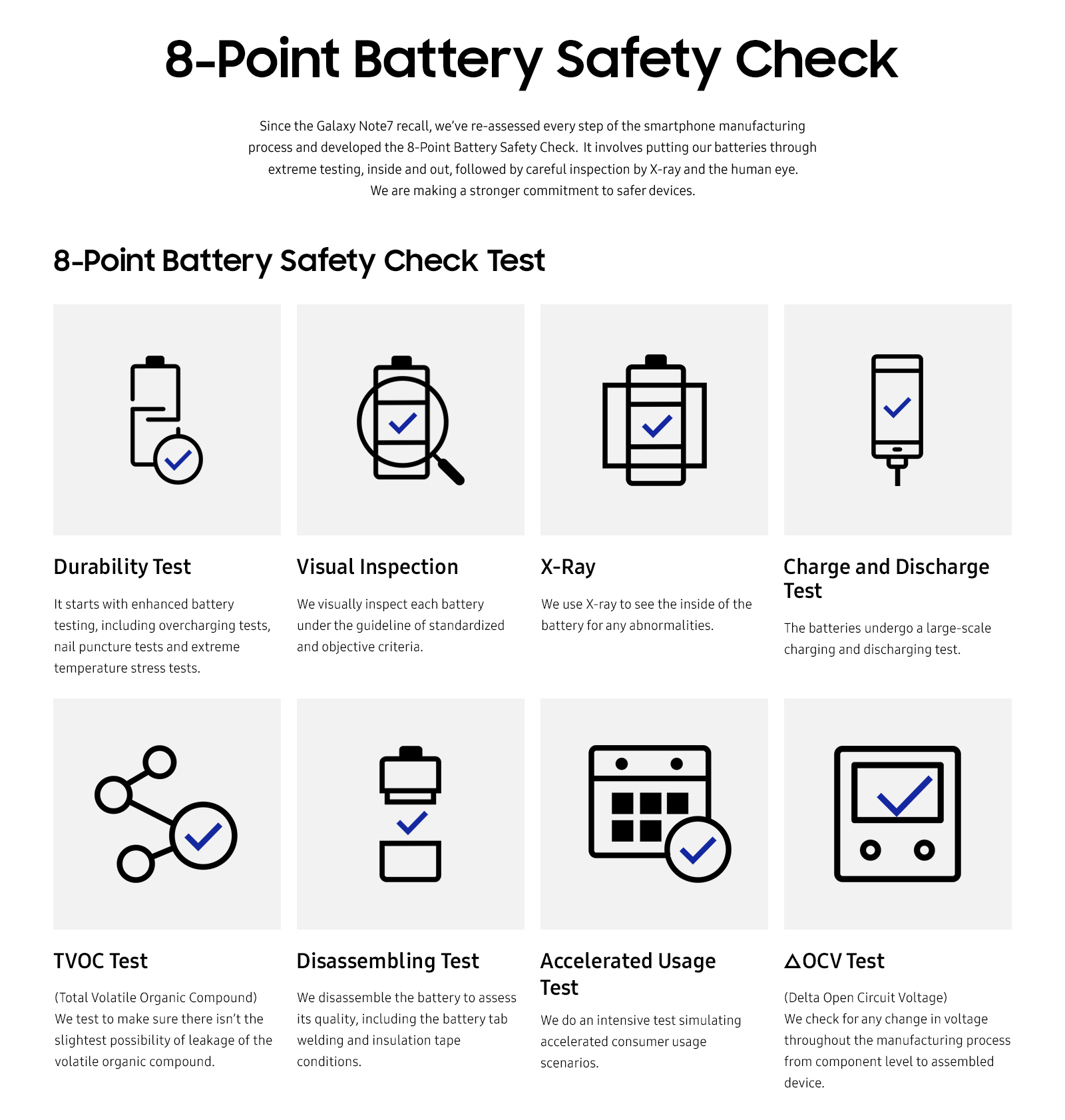 This is the lesson Samsung learned that you can apply to your business. As a result of the investigations, Samsung has developed a comprehensive process for battery design and testing. It goes far beyond what one might expect for a smartphone battery, but extraordinary product innovation demands extraordinary process innovation.

The Process Is the Product

How are component parts specified, ordered, quality controlled, product tested, consumer tested, revised? What systems are in place from ten years ago (when every single supplier was going to not only fight for your business but also fight to keep it) that should be adapted to the way business is done today?

No matter what the product or service, the idea of partnering or outsourcing or vendor managing is more prevalent today than ever before. Was Samsung right to trust a “time tested” process with two different suppliers that had always delivered on time, on budget and to specification? Should Samsung have known there was a risk?

Thanks, Samsung, for showing us how expert management can quickly adapt an organization (even the size of Samsung Mobile Communications Business) to the relentless pace of change while innovating at the highest level. And for reminding us that in every aspect of every business, “the process is the product.”