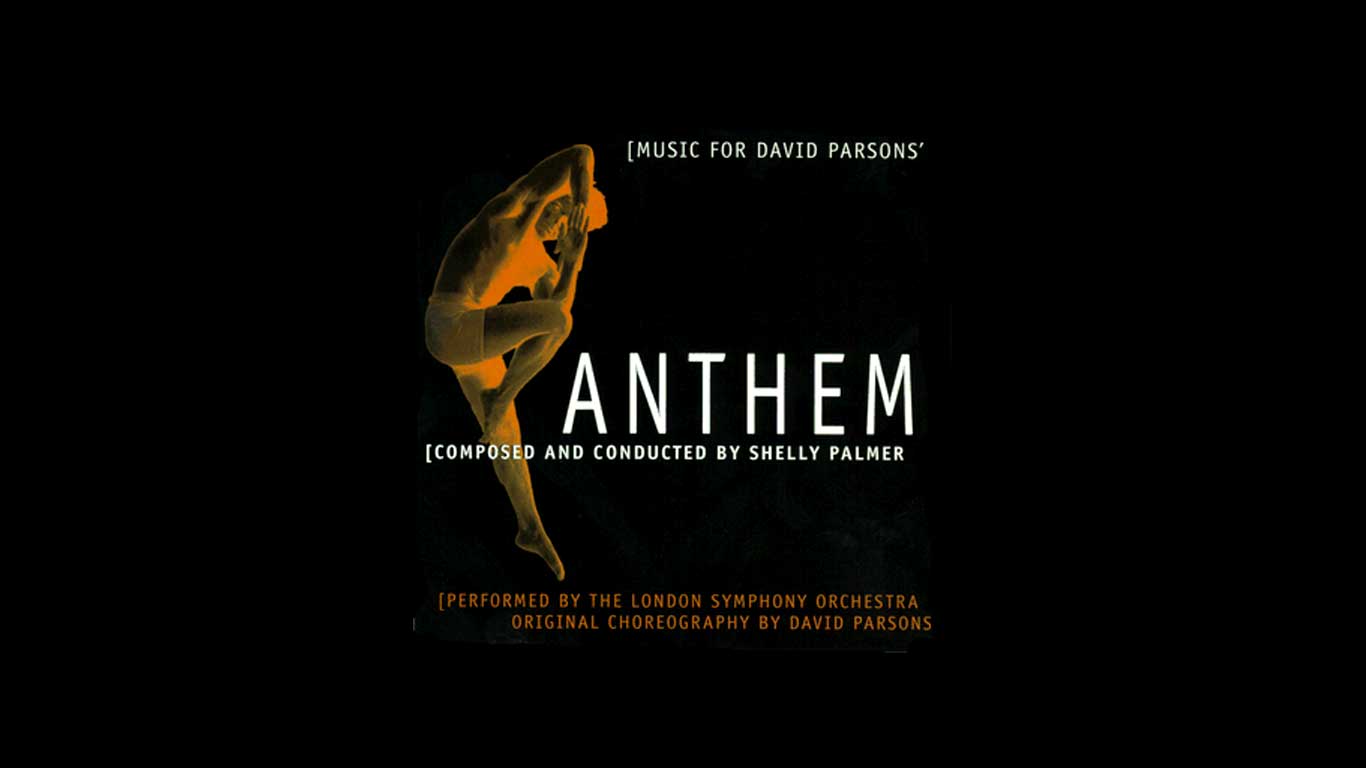 Yesterday was the 20th anniversary of the premiere of “Anthem,” a modern dance I composed for the Parsons Dance Company. It opened at City Center in New York City on May 5, 1998. I conducted the London Symphony Orchestra for the performance.

Most of my current colleagues and clients and even a fair number of friends have no idea of what I used to do for a living. Unless it comes up in conversation, I rarely speak about my first career as a full-time composer/producer of music for advertising, television and radio. My passion is thinking about the future, and it is how I spend most of my time. That said, today is a day to reflect on a wonderful experience and the remarkable people who helped me along the way and to take pride in a personal project that was truly a joy to create.

In 1998, I was at the top of my career as a commercial composer/producer. I was doing original music for a top-rated network show on ABC, Spin City. You could hear my music on dozens of other TV shows and newscasts and dozens of network TV commercials for very big brands. I owned a very healthy creative services and production company with two of the world’s most advanced digital audio and video recording facilities, one in New York and another in Los Angeles.

Like most successful businesses, we had lots of clients, and I was thankful for each and every one of them. But my clients all shared a special attribute: they were experts in their own businesses and music. So, instead of going on a vacation that year, what I really wanted to do was take some time off and write a big orchestral work without any client involvement – an art piece just for me.

I was introduced to David Parsons, the principal dancer and choreographer of his eponymously named dance company, at a party. He wanted to open his upcoming season with a new work that explored the space above the dancers, and he asked if I would consider writing it. I started writing it as he was describing it to me. This was going to be fun!

I wish I could say I remember it like it was yesterday, but walking the red carpet alongside a who’s who guest list went by in a blur. I do remember the talent and dedication of the dancers: Jason McDole, Charissa Barton, Jaime Martinez, Elizabeth Koeppen, Patricia Kenny, Matthew Rodarte, Ruth-Ellen Kroll, and the extraordinary Robert Battle and Mia McSwain who danced the love story. Everything you’ve ever heard about professional dancers being singularly focused is true. They put their hearts and souls into the project. Their energy was infectious.

I also remember the collaboration with award-winning costume designer, William Ivy Long. This was the first time I’d had my music interpreted in fabric. Thinking back on the meeting where he revealed his illustrations makes me smile to this day.

“Anthem” opened to very good, some might say “rave,” reviews. The music was mentioned as the highlight of the piece by more than one critic, and I was elated. (You can listen to “Anthem,” see the reference video of the world premiere, watch some news coverage, and see the album credits at shellypalmer.com.)

Reflecting on the Past

It’s interesting to look back and see my 40-year-old self talking about my goals. I was impressed by how focused I was on musical storytelling at the time. Of course, I had no way of knowing that within a few months, licensing some of my ad-tech and Internet technology patents would profoundly change my career path.

It is quite a gift to have multiple careers to look back on. I don’t miss the craziness of the commercial music business, but in case you are wondering, I practice every day, write music every day, and even take an occasional creative services gig. After all, you can take the boy out of the production business, but you can’t take the production business out of the boy!

Sex with Robots is Almost Here

PreviousApple Earnings and Snapchat's Woes NextWhat Are All These Privacy Notices?