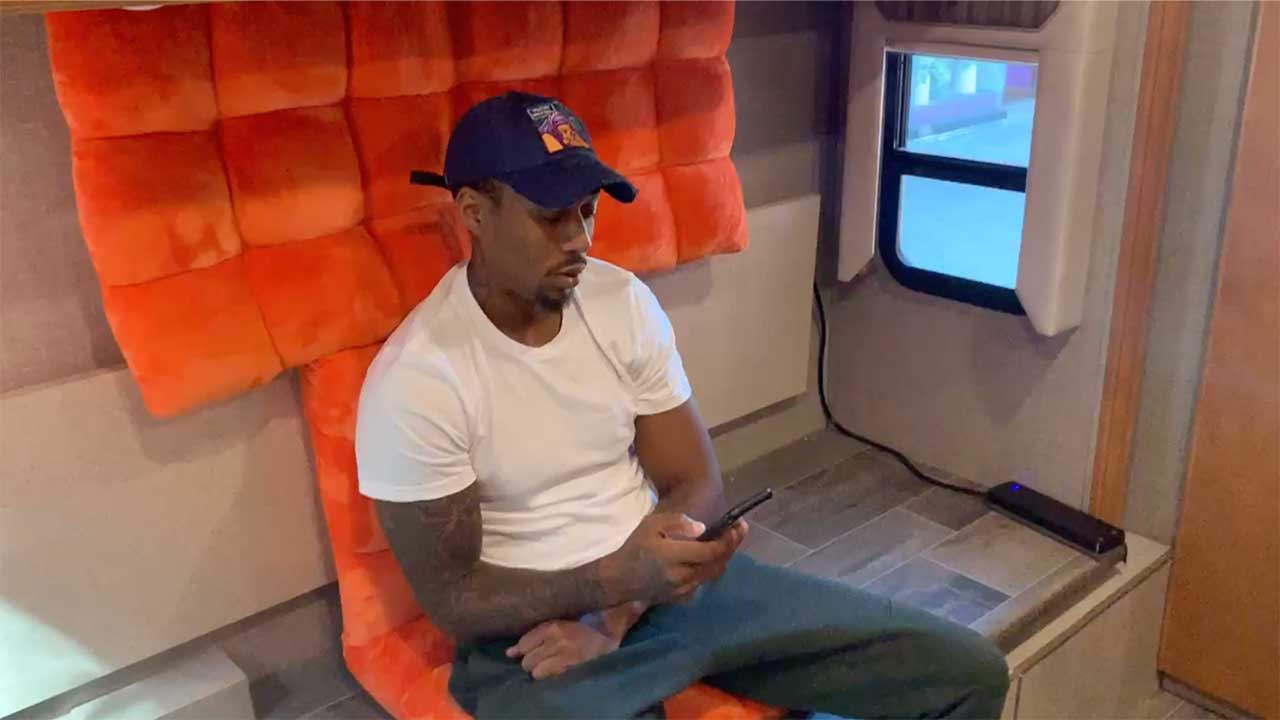 Southeast Queens, NY, is a war zone. There have been over 20 shootings in the past few weeks, and most have gone unnoticed. Not by the victims or their families or the people forced to live their lives in abject fear of being gunned down. The shootings have gone unnoticed mostly by the media and, therefore, by most of us.

I met Delano Martin yesterday. He’s been shot twice, and he spends his days trying to figure out how to stay alive. Before I tell you how Delano and I came to meet, I want you to read one of his poems.

Tossing and turning sweat and tears
Pain, so much pain you can feel it in the air
We look for answers beyond the naked eye
Yet The Supreme power, the unknown, we fear to accept
But the gun? That’s the love who doesn’t talk back
The number one supporter for youth and pain
It’s easy to keep her by your side
She promises only 2 things: death or jail — but brings confidence we will all prevail.
Death is something we all must face
Even in the most pleasurable moments death is so near
Sleep, the cousin of death, rests with us
So, as I open my eyes, I cry with the true understanding of how I was blessed for the next 24
Because a lot of brothers and sisters will see no more.
– By Delano Martin

Art reflects culture. It shows us emotions we instantly recognize and gives us access to the souls of the people who create it. Art cannot be ignored. Delano should not be ignored. There is no hidden meaning in his words, just a simple truth – he may die today.

When I asked him about that, he said, “We’re all gonna die… it’s just about how and when. I’m not scared of death; but I’m scared to die all the time.”

Over the same time period, unaware of how many people were being shot weekly in Southeast Queens, I joined many of my peers and colleagues signing a letter committing to help reduce gun deaths in the United States by 50% by 2030.

Many of us have been very vocal about background checks and common-sense gun legislation. And, to everyone’s credit, there is renewed interest in honest debate about how to make American safer. It is my fervent hope that a compromise can be reached between responsible gun owners and legislators and the gun violence prevention groups who are working so hard to save lives.

But there is absolutely no gun legislation that will change the “facts on the field” for the residents of Southeast Queens. None of the guns used to shoot up this community are purchased legally. Studies by organizations such as the World Bank have long held that gun violence is strongly correlated with both poverty and inequality. These conditions are clearly pandemic where Delano lives.

My road trip to Southeast Queens was at the invitation of Erica Ford, who by any definition is a force of nature. She runs a nonprofit organization called Life Camp, Inc. The work that Life Camp does is unlike anything I’ve ever seen.

Erica and a very small staff of incredibly dedicated and passionate people do everything they can to save people in their neighborhood from being shot. There is nothing theoretical or legislative about the work at Life Camp – the work is 100 percent hands-on, door-to-door, up-close and personal. Life Camp saves lives one at a time.

While I was visiting, Erica received a txt message about a person who was in danger of being shot. The Life Camp team kept excusing themselves to coordinate a rescue. They mediated and moved the person to safety, but there are not enough resources to keep them safe for more than a day or two.

When one is confronted by the remarkable scale of the problems in Southeast Queens, it is easy to assume that “there are people who deal with this sort of thing,” or “the problem is so big, there’s nothing I can do to help.” But that’s simply not true. If I learned anything yesterday, I learned that we, all of us – especially those of us in technology, media, and marketing – have the power to help.

We can help by amplifying voices like Delano’s. I asked him when he wrote this poem. He wrote it while hiding. How productive would you be today if you spent most of it wondering how to get down the block without getting shot? Many strong, artistic voices are living in mortal fear. We can help tell their stories.

You can get involved. Erica Ford and Life Camp are in need of any resource you can help with. You can donate your time, your energy, your skills, your money – they need everything. What will you get in return? You’ll know that you are part of a hands-on solution to an impossibly hard problem. You will have committed to reducing gun deaths in the United States by 50% by 2030, and if you are lucky, perhaps you’ll be “blessed for the next 24.”

Previous"Alexa, can you put an Echo everywhere in my life?" NextForever 21 files for bankruptcy. Is Amazon to Blame?