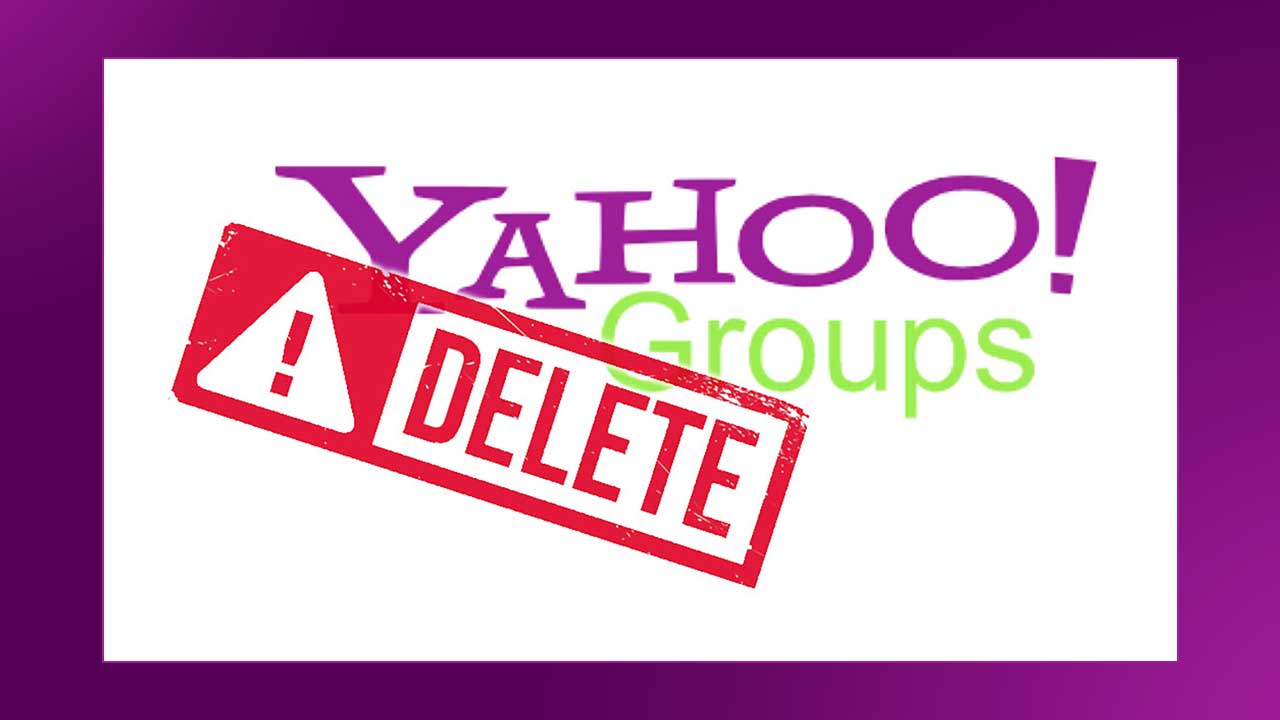 You probably don’t have a Yahoo Group or know anyone who does. So you probably won’t care that Yahoo is shutting down Yahoo Groups. That said, while Yahoo is all but irrelevant today, there was a time when it was at the center of the online universe.

The death notice says, “Beginning October 28, you won’t be able to upload any more content to the site, and as of December 14 all previously posted content on the site will be permanently removed. You’ll have until that date to save anything you’ve uploaded.”

It’s the “all previously posted content on the site will be permanently removed” part of the statement that got my attention. Yahoo lists what they will delete on a help page. It’s basically everything, which raises the question, “Where does data go when it dies?”

I’m not suggesting that Yahoo Groups house great wisdom that may be useful to our posterity. But erasing the virtual history of 115 million users who contributed to 10 million groups seems short-sighted, misguided and simply wrong. It feels like a modern-day equivalent of book-burning.

If nothing else, Verizon’s decision to save a few bucks on hard drive space should give you pause and make you rethink where you put your data. It should help you rebalance your decision-making when considering build or buy. It should also get you to think harder about SaaS vs cloud computing for core business functions.

So long early 21st-century cultural repository. We’ll never know what historical value you might have had. Yahoo Groups data, RIP.