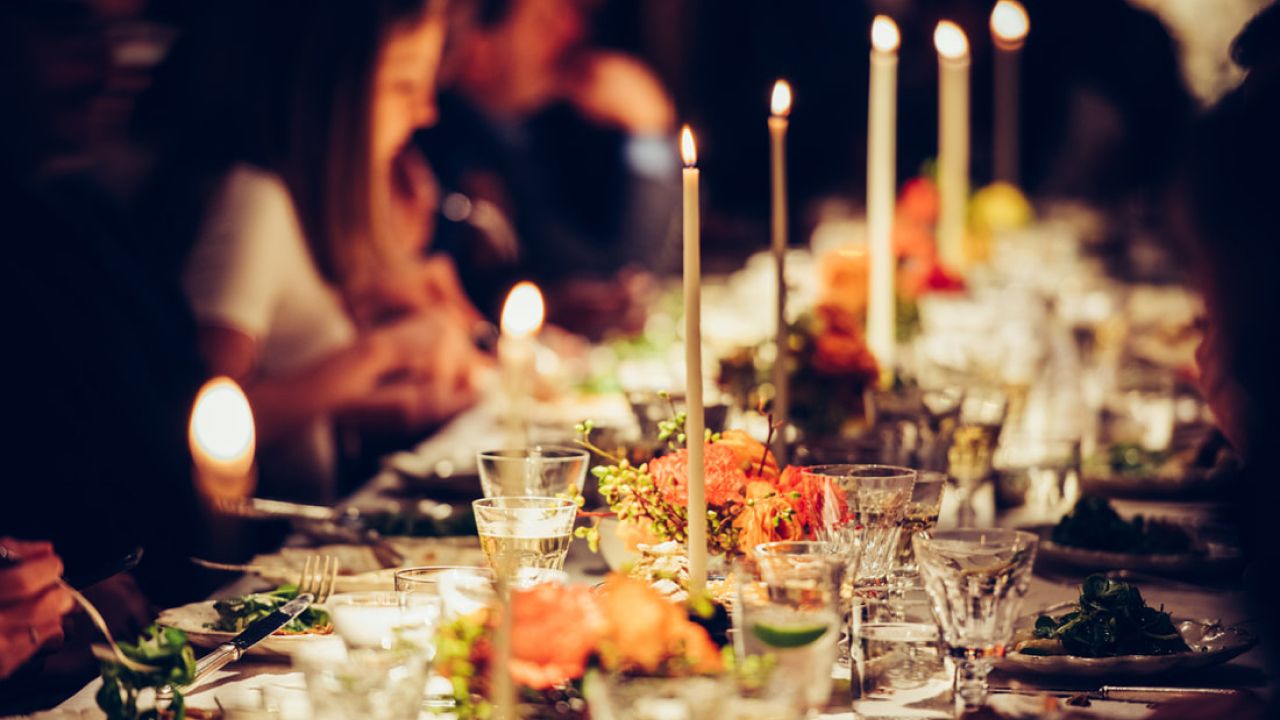 This past week, I sat with my friends to count our blessings and rejoice in the season of winter festivals (Christmas, Chanukah, Kwanzaa, Las Posadas, Diwali, and the Winter Solstice). It will not surprise you to learn that we had some unexpected guests – the President of the United States along with the Speaker of the House, the Senate Majority Leader, several sitting senators and congressional representatives (especially judiciary and intelligence committee members), and most of the Democratic candidates for president. Not in person, of course, but trust me – they were in the house.

I am the product of a mixed marriage (my mother is a Democrat, and my father was a Republican), so when I was growing up, there were good reasons that politics were not discussed at the table. Ah, the good old days.

I resisted all temptation for as long as I had the strength. I tried to change the topic to singledom, potential engagements, delayed weddings, old family scandals, weight loss (a fave of mine), inheritance issues, the quality of the holiday food, people’s portion sizes, child-rearing advice, clothing choices, pet problems, someone’s Multi-Level Marketing scheme – all to no avail. Thank you, Mr. President.

I won’t bore you with the general split. You already know everything you need to know about the topic and what each side believes.

But here’s what I didn’t know. The people who are most influenced by sockpuppeted, bot-influenced, social media-infused, AI-generated, deepfaked content are the ones who are the most certain that they are not influenced at all.

“I’m not on social media!” claimed one individual. I nodded and asked, “Do your friends or colleagues use the Internet?” “Oh, I use the Internet,” she replied. “I use it every day.”

I’m sure you know where this is going. She went on to tell me about what she reads, and how she doesn’t believe any of it. Then she went on to defend a specific political conspiracy theory that a ten-year-old could fact check in 30 seconds. When I pointed this out to her – with actual facts from my smart phone, from a source that she would trust, she said, “That’s what you think. I know what I know.”

Where did her “facts” come from? Forensically speaking, both direct and indirect network effects packaged in a self-reinforcing echo chamber designed to fuel confirmation bias.

Until this particular evening, I believed that we could figure out how to deal with tribal digital warfare, fake news, deepfakes and all of the insanity that is bubbling up around us. Now, I have some doubts.

You cannot begin to solve a problem unless the problem has a name, the problem can be described, and people admit to having it. None of those conditions are met. Which is unfortunate because this is a pandemic problem. “The narrative that makes you the most comfortable” and the absolute ability to filter everything else out is forever woven into our informational DNA. There may not be a way to separate it.

Let me be clear: “Perception is reality” is not new. Neither is “People will believe what they want to believe.” These truisms are as old as civilization. What is new is the relative ease with which you can exert influence at scale.

It took hundreds of millions of dollars to get you to associate “Whassup” with Budweiser. Or, “Just do it” with Nike. Or, “The most interesting man in the world” with Dos Equis.

No, you don’t buy ads. You create bots and sockpuppets and use machines to generate a gigantic amount of content. It’s down and dirty, direct and transactional, and easy to measure, and it is so amazingly effective, people don’t believe they are affected by it.

My key take-away from my dinner had nothing to do with politics. Our conversation was respectful, everyone came and left as friends. After all, this is America. You have the absolute right to believe anything you want, and to think and say anything you like. The full spectrum of political positions espoused at our house probably matched tens of thousands of households across the nation. Not new. Not news.

What I am now sure of is that the real divide is between those who understand the power of data and those who have absolutely no idea how it is being used to influence their lives. This isn’t new either, but considering the newly lowered barrier to entry, it is newly relevant – and more than a little scary.