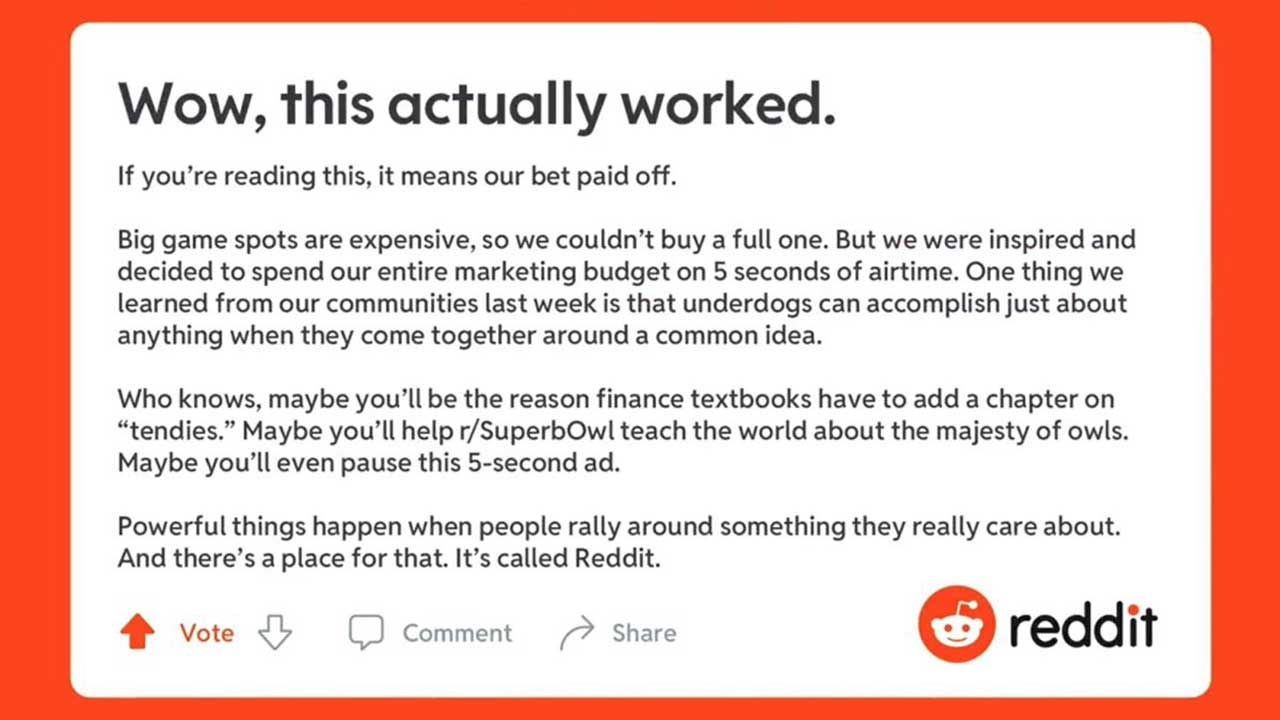 How do you turn a small marketing budget into an awareness powerhouse? Reddit’s five-second regional ad during the Super Bowl did that and more. You may not have seen it (it only ran in nine of the top 10 markets), but it was genius.

The five-second spot started off looking like a car commercial, then flashed a graphic for the remaining few seconds with the headline, “Wow, this actually worked.”

Like many people, I hit the rewind button and paused the video to read the message. Then, I took a picture of the screen and tweeted about it.

Was this a good ad? No. It was a great ad. It leveraged the reach of television’s biggest night to get the most value out of Reddit’s ad spend. Well done, Reddit, and kudos to R/GA, their ad agency. Way to turn a regional spot into a national conversation.