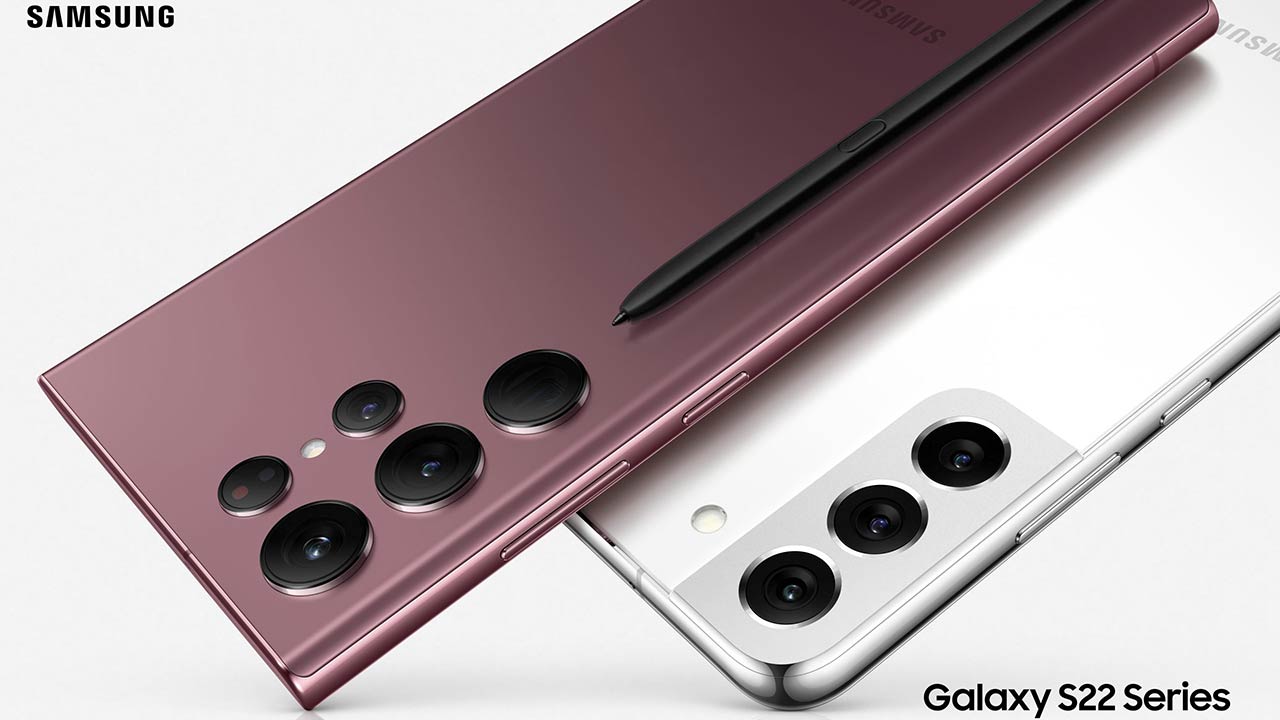 Samsung’s latest and greatest are nearly here. The company recently unveiled its line of Galaxy S22 handsets, which merge the power of its Note phones and the performance of its S phones. Here’s everything you need to know about Samsung’s newest smartphones.

For the first time, the S Pen has made its way to an S Series handset. (It’s been one of the main reasons to get a Note phone.) Now, the S Pen has 70% lower latency than previous iterations, along with all the multitasking and quality-of-life improving features it’s delivered in the past. (The S Pen is only embedded in the S22 Ultra.)

Like every flagship smartphone release, the camera in the S22 Ultra has been improved. This time, Samsung is promising “Advanced Nightography,” which means your photos and videos will look great no matter which camera you use (front or back) or what time of day you’re snapping.

With a 100x zoom and access to the Expert RAW app (for a suite of in-camera editing tools), Samsung says you have more control over your photos (and your edits) than ever before. You can also save your photos in RAW format up to 16-bit.

The S22 Ultra’s 4nm processor powers advanced AI and ML processing, it supports Wi-Fi 6E (up to twice as fast as Wi-Fi 6), and offers more than a full day of use in a single charge. It supports 45W super-fast charging, and Samsung says you can shoot 50 minutes of video after just 10 minutes of charging time.

As is the case on Samsung’s handsets, the built-in Knox Vault security platform isolates sensitive data (i.e. passwords, biometrics or Blockchain keys) from the main OS to keep your private information, well, private. The S22 Ultra lets you easily see which apps are accessing your data and camera to help you decide whether to grant or deny permission to an app.

Pre-orders are open now, and the phone will be available to purchase on February 25.

Samsung also announced its new Galaxy Tab S8 series, including its first-ever Ultra tablet. The tablets (the S8, S8+ and S8 Ultra) all feature a new, super-fast 4nm processor, a smoother-than-ever S Pen in the box, and a large, beautiful display. You can learn more about the Tab S8 here.