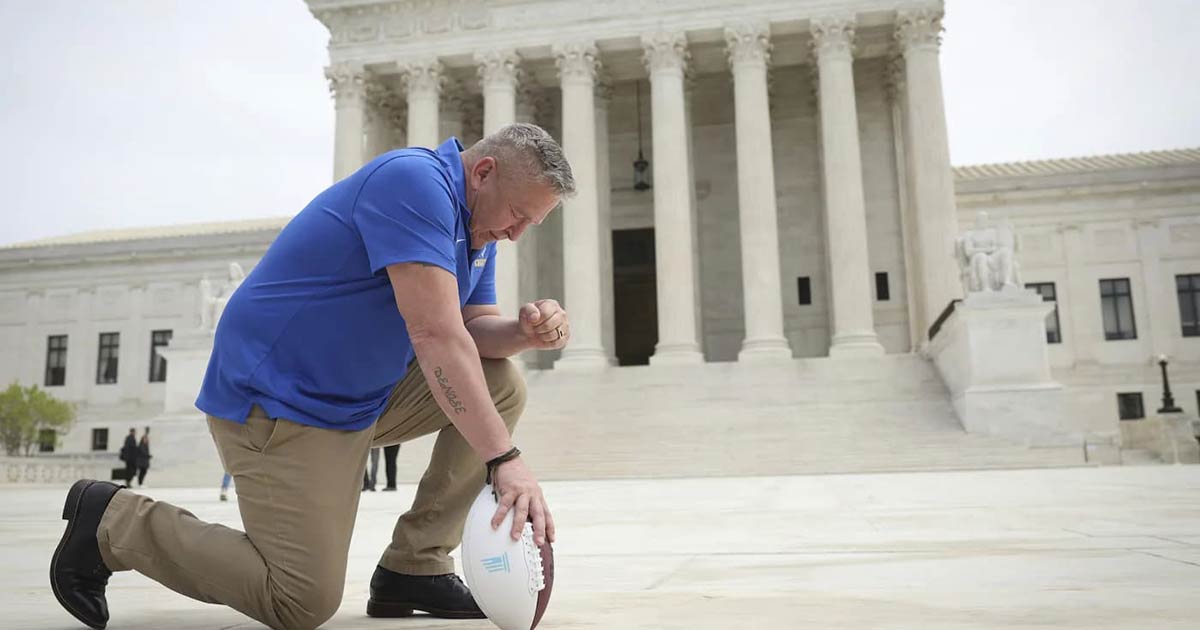 The Supreme Court ruled Monday that a former Washington state high school football coach had a right to pray on the field immediately after games. We’re going to talk about this, Elon Musk’s pending purchase of Twitter, and what “Freedom of Speech” means under the new SCOTUS tonight, June 28 at 6:30 p.m. ET here in NYC at the Newhouse Advanced Media Lab Series event: What is Freedom of Speech? (Attend in-person or online.)

The 6-3 ruling was a victory for Joseph Kennedy, who claimed that the Bremerton School District violated his religious freedom by telling him he couldn’t pray so publicly after the games. The district said it was trying to avoid the appearance that the school was endorsing a religious point of view.

“Both the Free Exercise and Free Speech Clauses of the First Amendment protect expressions like Mr. Kennedy’s,” Justice Neil Gorsuch wrote in the majority opinion. “Nor does a proper understanding of the Amendment’s Establishment Clause require the government to single out private religious speech for special disfavor. The Constitution and the best of our traditions counsel mutual respect and tolerance, not censorship and suppression, for religious and nonreligious views alike.”

In a dissent joined by the two other liberal justices, Stephen Breyer and Elena Kagan, Justice Sonia Sotomayor wrote that the court “consistently has recognized that school officials leading prayer is constitutionally impermissible” and said the ruling did a “disservice” to schools, students and “the nation’s longstanding commitment to the separation of church and state.”

“Today’s decision is particularly misguided because it elevates the religious rights of a school official, who voluntarily accepted public employment and the limits that public employment entails, over those of his students, who are required to attend school and who this Court has long recognized are particularly vulnerable and deserving of protection,” Sotomayor wrote. “In doing so, the Court sets us further down a perilous path in forcing States to entangle themselves with religion, with all of our rights hanging in the balance.”

PreviousAlexa's Most Harmful Feature Ever NextTikTok Must Be Banned (Again)