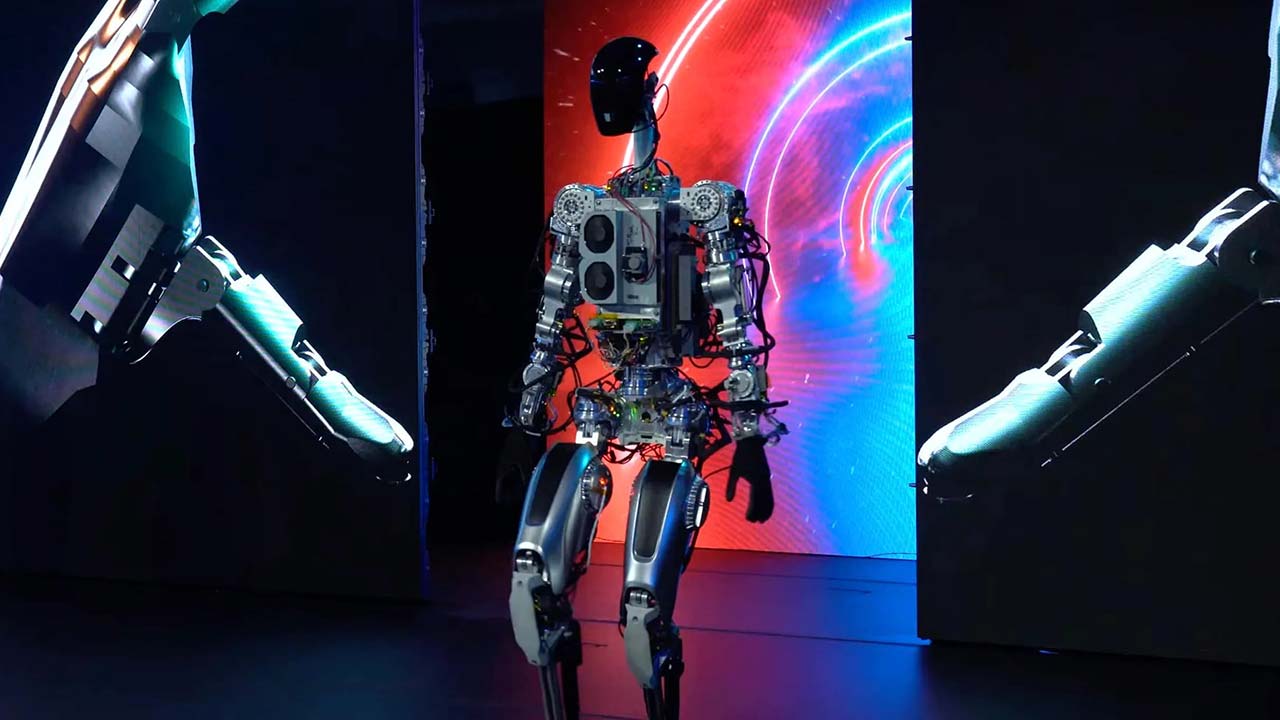 Elon Musk showed off a prototype of a bipedal humanoid robot at Tesla AI Day. Known as the Tesla Bot or Optimus, the “rough development robot” walked around and waved its hands in the air. While admitting that developing a humanoid robot was not precisely in line with Tesla’s mission of accelerating the world’s transition to sustainable energy, Musk said Optimus expands the Tesla mission to “making the future awesome.”

The company also said that it is committed to the “human form,” which immediately evokes scenes from the movie version of I, Robot. If you want to get a little more cerebral, you can think about the premise of Westworld. You could also ask: Do you need to be polite to Alexa? If you believed that Alexa was sentient, would that make you thank it for doing things for you?

With that in mind, if your humanoid Tesla Bot becomes your “assistant” (I’m being very careful with my words here), and its AI can convince you that it is a thinking, feeling being, will people demand that the machines have rights? Where would that line get drawn? Would the AI in your microwave oven or your AI-based media recommendation engine have rights, too?

Moving on, how about Asimov’s Three Laws of Robotics? As quoted from “Handbook of Robotics, 56th Edition, 2058 A.D.”:

2. A robot must obey the orders given it by human beings except where such orders would conflict with the First Law.

3. A robot must protect its own existence as long as such protection does not conflict with the First or Second Law.

Will these need to be codified before 2058? I don’t know about you, but I am loving this!!!