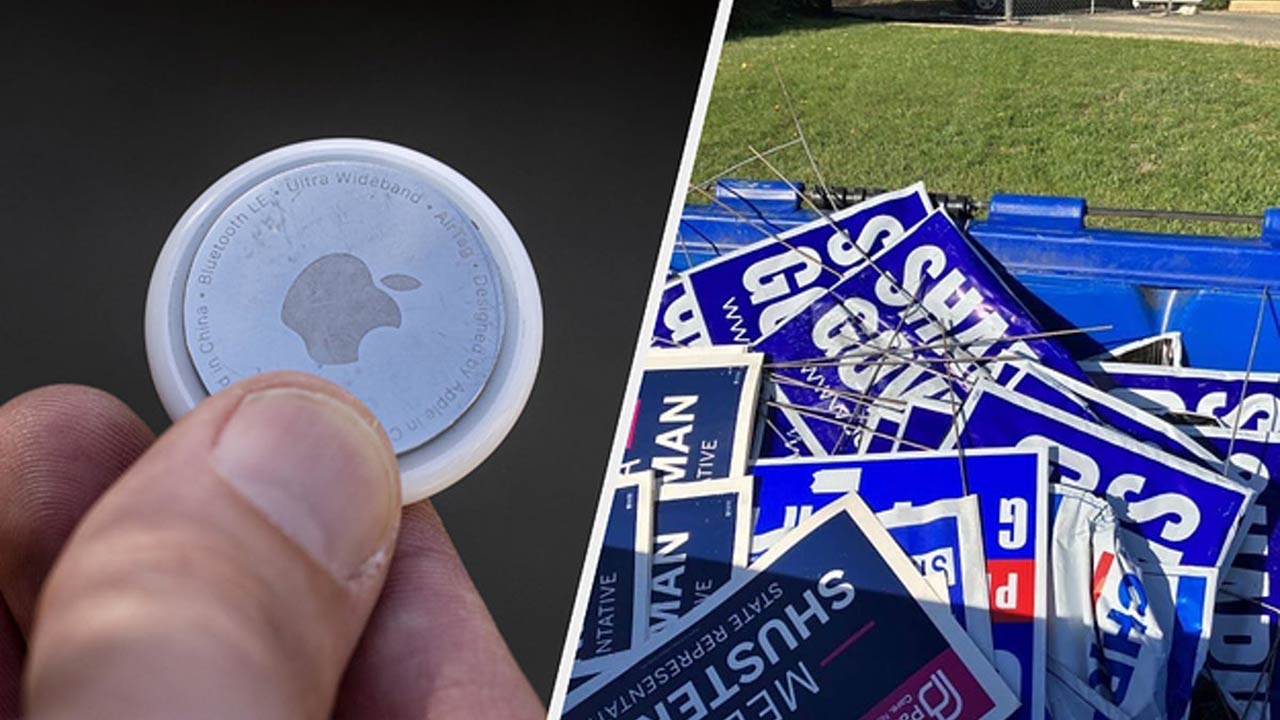 A strategically-placed AirTag led police to a dumpster full of stolen campaign signs. Where have I seen this before?

A long time ago in a galaxy far, far away… Darth Vader: “They’ve just made the jump into hyperspace.” Grand Moff Tarkin: “You’re sure the homing beacon is secure aboard their ship? I’m taking an awful risk, Vader. This had better work.”

Last week in Tredyffrin Township, PA… BuzzFeed News: “Exactly who put the AirTag on the stolen political lawn sign?” Police Spokesperson: “We can’t disclose that information, but the missing lawn signs are in a large commercial dumpster behind a strip mall in the area.”

The BuzzFeed News story is politically charged; I don’t want to go there. This story is awesome because someone who was “mad as hell and not going to take it anymore” dropped $25 on an Apple AirTag and used it as designed. The moral of this story: homing beacons work. The second moral of this story: they’re 25 bucks.