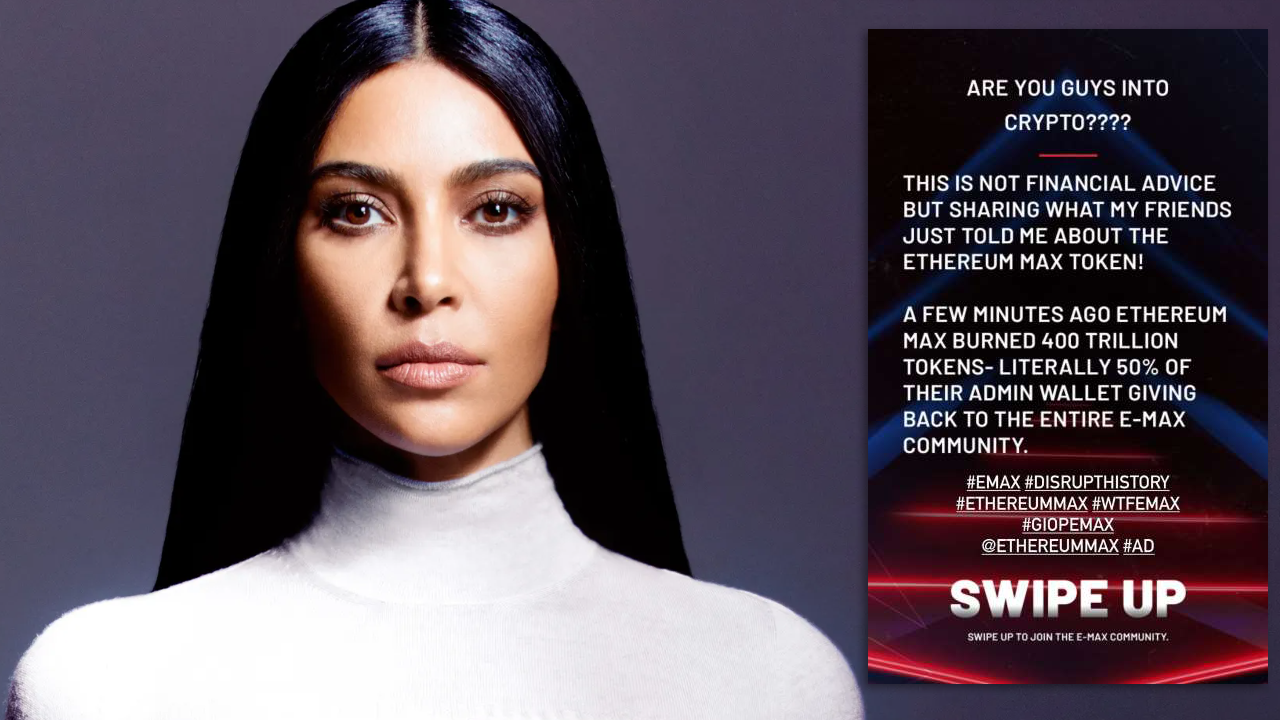 The Securities and Exchange Commission announced charges against Kim Kardashian for touting on social media a crypto asset security offered and sold by EthereumMax without disclosing the payment she received for the promotion. Kardashian agreed to settle the charges, pay $1.26 million in penalties plus disgorgement ($260,000) and interest, and cooperate with the Commission’s ongoing investigation.

When I saw Kim’s original post (in June 2021), I wrote, “I’ve just become aware of the best example of everything that is bad (and hopefully temporary) about crypto-insanity.” Clearly, I wasn’t the only one who was irked by her EMAX post, as EMAX victims sued her.

What concerned me about the lawsuit was that she disclaimed her sales pitch with the (very bold) first line of her social post: “This is not financial advice but sharing what my friends just told me about the Ethereum Max Token!”

As it turns out, the disclaimer was fine from the SEC’s point of view. Instead, the SEC charged her with violating the anti-touting provision of the federal securities laws because she failed to disclose that she was being paid a fee ($260,000) for the social post. She settled with the SEC. I don’t know the status of the class actions lawsuit or what impact the settlement might have on it.

Did the SEC overreach? Is EMAX a security? Does it pass the Howey Test? What does this mean for crypto regulation writ large?

How does slapping Kim Kardashian on the wrist help anyone? Is there someone somewhere who doesn’t know how much Kim Kardashian charges for a promotional tweet? Every post for anything she doesn’t personally own is most likely a paid promotional announcement, so anyone who has any concept of how social media works should give her a pass on the “she was paid to say it” issue. She’s always paid to say it. That’s how she makes a living.

What’s next? SEC Chair Gary Gensler has made it clear that the SEC will be vigorously pursuing other celebrity pitch people, which makes me think that this is more about Chairman Gensler trying to keep himself in the news cycle and his desperation to be relevant than it is about meaningful regulation.