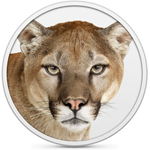 Apple says the next major version of its Mac operating system will roll out to consumers tomorrow morning. The news came tucked inside Apple’s third-fiscal-quarter earnings release where Apple reported earnings of $9.32 per share on revenues of $35 billion. The company pulled the same announcement trick for OS X 10.7, announcing its next-day availability Continue Reading →
July 19, 2012 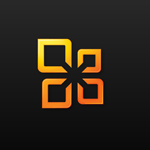 Microsoft unveiled the latest version of its productivity suite earlier this week, which focuses on touch optimizations and deeper integration with Microsoft’s cloud-based services. Office 2013 was shown off at great length for the Windows 8 operating system, but it was curious to some that no mention of OS X was made during Microsoft’s press Continue Reading →
July 16, 2012

Apple previously announced that its next-generation OS X operating system, called Mountain Lion, would launch sometime in July, although a specific date was never announced. According to a report from 9To5Mac, the Cupertino-based company’s retail stores in both the United States and overseas are planning overnight updates on July 24th — the same day Apple Continue Reading →
July 10, 2012

Get your hard drives ready, because Mountain Lion is on the verge of arrival. Apple released the golden master (GM) of Mountain Lion on Monday afternoon through its developer portal, signaling that the company is close to the final release of the next version of OS X. The GM is limited to registered developers until Continue Reading →
July 9, 2012

Apple’s new mapping technology that is set to debut with the release iOS 6 this fall may be making its way to Mac computers in the near future as well, Technically Personal reported. Developer Cody Cooper found an XML file with a reference to disable shading on a set of Intel based graphics chipsets, which, Continue Reading →
June 28, 2012 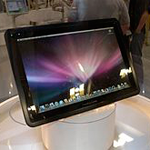 “Finger painting is fun when you’re five years old. But when you start getting into it, you’re going to pick up a pen.” That’s the philosophy of Andreas Haas, creator of the Modbook and the newly minted CEO of Modbook Inc, on why users would choose a Modbook over an iPad. Modbook Inc. is technically Continue Reading →
June 15, 2012 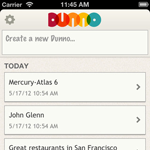 If you actually took the time to search for every little thing or idea that came into your mind, you’d probably never leave Google or Bing. That’s why search has become such a big part of the browsing experience, because it’s something that we do all of the time. But searching for something forces you Continue Reading →
May 20, 2012

Apple has long had a program called “AppleSeed” that seeds upcoming versions of Apple software (both iOS and OS X related) to customers. These seeds typically come to this select group of customers even before they are provided to Apple’s paid and registered developers. Today, the company sent an atypical email to this customer group, Continue Reading →
May 10, 2012 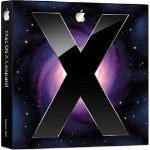 Users who haven’t upgraded their Macs to Snow Leopard, let alone OS X Lion, may be in luck: Apple is reportedly offering a free copy of Snow Leopard to push users toward iCloud.  Read the full story at PCMag Continue Reading →
« Previous 1 2 3 4 5 6 Next »