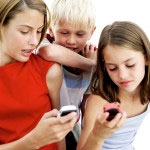 I was fortunate enough to attend a panel at Digital Hollywood’s 2005 Digital Media Summit featuring some of the most prominent players in the P2P (peer-to-peer) world. Just to set the stage, 99% of the attendees were in business suits or similar “serious” business attire – this was not a geekfest, the audience was made up of working media professionals who came to get a better understanding of the issues, “right from the horse’s mouths.”

As with most panels, the individual presentations varied widely in quality and relevance. But, in general, the panelists and moderator did a pretty good job explaining why P2P was the most efficient way to distribute big chunks of content (like movies and television shows) over the Internet to people who had broadband connections. They spoke about the various bits, bytes and schemas that make each of their respective products “the best” flavor of P2P. And, to a person, swore up and down, that there were real reasons to favor P2P over any other distribution methodology.

The piracy issue was discussed and re-discussed. Doesn’t P2P really mean “Pirate to Pirate?” “No … claimed one panelist. We can protect your content using blah, blah, blah.” He really didn’t say blah, blah, blah — but the technical details of his or any DRM (digital rights management) schema are not the focus of this missive. Suffice it to say that DRM is a real science project and we’re going to need some “A” students to work on it for a while.

P2P’s association with piracy is absolute … but, why? Is it because people use the technology to pirate content and break copyright laws in the process? Yes, but there’s a bigger reason for the misunderstanding. “Misunderstanding? Are you kidding – these people steal content …” Calm yourselves … yes, there is quite a bit of piracy going on, but P2P is guilty only by association – and even that assumption must be evaluated on a relative scale with traditional downloading.

The fundamental problem was illustrated perfectly during the session. An audience member from a well-known premium cable movie service asked how P2P could help him deliver movies in a legitimate way to his subscribers and, why he should consider it? One of the most prominent members of the panel answered, “Victoria’s Secret distributed their show using traditional streaming and user demand crashed their servers … this would not have happened if they were using a P2P network for distribution.”

Wow … finally … the problem revealed. The audience seemed to accept this answer with no objection. A room full of media professionals in suits accepted this as a fact. No questions, just a head nod or two, no objections (not even from the panel members), just on to another question about the Grokster case.

I let this go for about another minute and then, in my usual gentle (but assertive) way, raised my hand and said the following: “I think we have a fundamental problem here and I’d like to point it out. A premium cable network executive just asked a P2P expert how the cable network could use P2P to distribute a major motion picture in a positive, legal, cost-effective way. The P2P expert answered, with an example of how a catalog and retail brand could have used P2P to distribute long-form branded advertising over a free network. No one in the room said a word. The fundamental problem here is that the P2P people do not understand the numerous value chains represented by the various current protected distribution models.” I went on to ask a question about private P2P networks and how a one might apply that model to the premium cable channel model so that the panel could save some face.

So, let’s review. P2P guys: TV people make money in lots of different ways. Subscriptions for cable operators, advertising for network broadcasters, local broadcasters, local cable operators, multi-systems operators, network cable, etc. Sometimes ad sales departments are different divisions of the same media conglomerate and, strangely enough, they compete with each other. Even local broadcast stations that are group owned sometimes compete with salespeople from the station group for advertising dollars. TV on your screen can come from a zillion different places with a zillion different business models and each one of these models is uniquely profitable.

The reason P2P is perceived as a mode of piracy is that you (as an industry) have not addressed how this fantastic disruptive technology can work within the fundamental business models of the television and movie industries. As a practical matter, I am sure that P2P will evolve into an extremely efficient method of distribution. And, if the justice system is as wise and they are supposed to be, perhaps they will let the market and the technology evolve naturally. But even if the supreme court rules the “wrong” way (and 50% of us will be on the wrong side either way), P2P advocates and evangelists must take the time to learn how to follow the money.

Not to get too philosophical, but … unlike music, you can not commoditize the production of scripted television or movies – any analogy or metaphor comparing the plight of the music industry to the TV or movie business is seriously flawed. The simple truth is, if you can’t make money making shows … ultimately, they simply won’t get made. This is not to say, that we won’t be treated to a plethora of crap made with loving hands at home and all freely available, but if you want the quality of high-end entertainment to remain high-end, the entertainment business has to be the collective “day job” of the industry professionals.