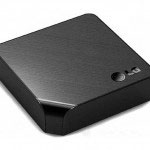 There was a headline in Sunday’s New York Post that really made me laugh: “Idiot Box Rules.” It was an article about how HP’s new “Smart TVs put tube ahead of PC as fun hub.” Did I miss something? When has the TV lagged behind any technology as the center of our entertainment world? When did the PC become a media hub for anybody? Is there even such a thing as a media center? I’m really starting to hate pundits, experts and technology reporters who make guesses about how a technology is eventually going to be used without actually knowing how the technology is currently used.

Sorry for the rant. Let’s talk a little bit about what a Smart TV is and why people might actually like it.

If you are familiar with Microsoft’s Windows XP Media Edition software, you know what Microsoft’s vision of a Media Center is. It’s a Wintel computer with a big hard drive sitting in the middle of your living room attached to a big monitor. In their perfect world, you are sitting 12 feet away from this computer screen and holding a television-style remote control in your hand. I have actually never met anyone who has a Windows XP Media Edition PC set up this way, but that’s not the point. Somewhere in the mind of Microsoft, that is how they see your living room.

HP decided that it would be nice to bundle the software, the computer and the big screen into a form factor that resembles a flat-screen monitor with stereo speakers. And that’s what it looks like. The unit in the paper featured a 37-inch screen, built-in DVR, HDTV tuner, Wi-Fi and Ethernet connections and a nice remote control. The interface looks like the home page of Windows XP Media Edition, but it is not clear whether this software is Microsoft’s or their own.

The consumer value proposition is interesting–sell people TV form factors that do a bunch of stuff, and maybe the people won’t notice that they don’t have the technological know-how to set the system up. Or, better yet, maybe the unit is so consumer-friendly that it sets itself up.

This may actually turn out to be a nice business for HP, since people are tending to spend less and less on commoditized PCs and more and more on big-screen HDTVs. There’s also the idea that people usually think that you plug in a TV set and it works, while very few people have that expectation from a PC.

PreviousYou May Hate Chris, But You Gotta Love Google! NextThe Apple of my Video iPod