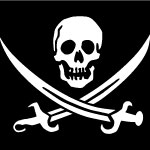 Computer files may be the final form factor, but that is not stopping media companies from extracting every last bit of value from each file. Because most media is delivered through walled gardens or physical copies, even files can be resold. For example: first you pay 99¢ to purchase a song on
iTunes. Then you pay $2.49 to download a portion of that song as a ringtone. You can then pay $1.99 to use a portion of that song as a ringback tone–and $1.99 on iTunes to purchase a download of the video for that song.

Next comes a charge of $1.49–for a still image of the artist to use as wallpaper
on your mobile device. You would rather download it for free from the Internet, but you can’t get it into your phone. (Some people actually take a picture of the computer screen with their cell phone cameras to avoid this charge, but not many.) You may pay $14.99 for the DVD of the movie that features that song and, if you are truly out of your mind, you will pay $19.99 for the CD of the album that includes that song. Then you will pay $3.95 to watch the pay-per-view or video-on-demand version of the movie–and another $6.95 for the HD VOD concert that features the same song.

If the media company has its way, you will pay $12.95 per month for the subscription to HBO that will broadcast the movie and the concert on the cable company¹s linear and VOD channels. Ultimately, part of your basic cable or satellite package will go to pay a per-subscriber fee to Music Choice, where you will hear the song. You may also pay $12.95 per month to a satellite radio company where you can hear the song and, if Apple continues its world dominance over the personal music player world, you will ultimately purchase a co-branded iPod with the complete collected works of this artist (including this same song) for about $200.

How many times can you sell the same master file? There doesn¹t seem to be any limit. You just have to keep the walls in the walled gardens up and keep the formats incompatible.

How many times will you buy the same master file? That question is being answered every day on P2P networks, via email and podcasts. Obviously, some consumers are willing to pay for the convenience of not having to bother converting their own files to be used in all of their devices. But there are far more consumers who would rather not pay for the same thing over and over again. Is there a middle ground? I doubt it, but I’d like to hear your thoughts.