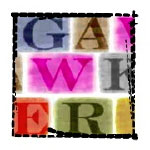 This quote is from a very interesting article by Greg Sandoval and Stephen Shankland entitled: “Gawker Media mystery ads appear on YouTube.”

If the allegations are true, a person using the screen name “belowtheradar” has been taking popular clips off of YouTube, adding Gawker Media ads and reposting the content. I love this! It is a bootlegger’s paradise!

All you have to do is visit YouTube, find a top rated video. Snag it. Open it with some consumer video editing software like iMovie, Final Cut Pro, Video Vegas, etc. Add your advertisement(s) and upload the finished product to YouTube with the same tags and title. If it was popular before you added your ad, it will be popular again. You get all of those gross impressions free!

Useless, you say? Maybe to advertisers who need metrics and accountability? But for advertisers who just need gross impressions, this is perfect. You can bootleg some content from someone who bootlegged it, then add your ad and re-bootleg it. This is a criminal act worthy of Capt. Jack Sparrow himself.

How can you stop it? Well, actually it’s harder than you may think. The hosting sites can take down the content, but this will only happen if the original content holder knows that their content is being bootlegged. What about a piece of content with a legitimate advertisement “baked in?” All the Ad Pirate has to do is download your video, add the counterfeit ad and re-post it. Then who would know? How bummed would your client be if they saw a piece of super-popular content that they sponsored showing up on video sites with someone else’s pre or post-roll?

If you think this is not going to be a real problem, think again. Microsoft Vista shipped with all of the software you need to do this at your desktop. Anyone with a Mac can do it now. Anyone with a little freeware and Windows XP is also capable of this particular act of piracy. In truth, all you need is motivation — and, in a world where fame is the second most important currency, “top 10” content is pretty motivating.

Now, this story has an even darker side: the further down the demand curve you go, the less likely you are to be found out. The cost of perpetrating this heinous crime against man, God and nature is about as close to free as you can get. And, although it is not a victimless crime, it’s close. Screen names are all but anonymous, the consumers have no way of knowing if they were supposed to see an ad or not, the hosting site has no clue unless someone tells them otherwise. I’m surprised that “belowtheradar” didn’t choose “Professor Moriarty” as his screen name — he’s like the first online video super-villain.

This is so much fun, I just want to keep writing the word bootlegged — it has lots of Os and Gs! Oh, gee — what will happen when the lawyers get involved? Who do you sue? YouTube? The sponsor? Maybe the content was bootlegged by someone who likes Brand X over Brand Y and wants to see their favorite clip about two-headed Martians with a Brand Y ad in it — it’s not Brand Y’s fault.

If fame is the currency of the Internet, it was only a matter of time before the counterfeiters started counterfeiting it. Trading on someone else’s fame is not always illegal, but this probably is.

For those of us in the TV business, this is not a new thought. If you live in an outlying area and are serviced by a very small local cable operator or an unscrupulous local broadcast station, you may notice (from time to time) an ad that is less than 30 seconds that was obviously placed over another ad. Most of the time, it is a legitimate ad insertion over a “filler” ad that is baked into the show (in case the local station cannot sell the time). However, if you see this happen in primetime, you can almost bet that the local sales people sold an “extra” spot and played it over a national spot. People schooled-in-the-art know about this practice and do absolutely everything they can to account for every spot billed. However, in the real world — even in a closed network — it’s easy to lose control.

If this practice is hard to police on broadcast and cable just imagine how hard it is going to be to stop it on the Internet. Bootlegging Bootleggers, Ad Pirates or just plain criminals — pick your name, it’s all the same.