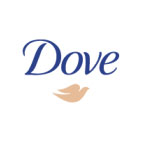 Tweet Article Share Article on Facebook Email Article Share Article on LinkedIn
Lindsay Miller of Sherman Oaks, CA was the proud winner of Dove’s Cream Oil Body Wash submit a commercial and we’ll air it during the Oscar telecast contest. As a commercial, it was simply terrible! My goal here is not to denigrate the director or producer of this spot. Nor is it my intention to take shots at the concept of involving consumers using advanced media vehicles. As a matter of fact, I am a stalwart proponent of nurturing consumer empowerment and brand activation through advanced media CRM programs.

That being said, I would like to point out that asking a consumer to create a finished spot with appropriate messaging and production value is extraordinarily unwise and, frankly, impossible.

I have been in the business of professionally creating broadcast advertising since 1980. In the past 27 years, I have never been involved with a client who didn’t want their product shot redone. Heard a soundtrack that did not need to be sweetened. Saw a fine cut or conform edit that was unchanged from the locked rough cut or, even heard of a commercial that was perfect and approved with no changes upon initial submission. It has never happened in the real world.

Now, before you tell me how old and crotchety I sound. And, how much of the point I am missing about UGC. Let me remind you that I am not suggesting that taste levels have not changed and that something that looks “new” is not always the desired result. I am not against change, or bucking the status quo. In fact, I am highly bullish on all things advanced media, embrace change and have spent most of my creative career trying to move and push the marriage of creativity and technology. This spot accomplished none of the above.

There is a difference between doing something “new” and using new tools that empower consumers and lay-people to pretend that they are commercial producers. Especially when the desired results are to sell more soap. The production concept of this spot was identical to something an agency might suggest and produce — it was a tried and true story arch with a very middle of the road production design.

If Dove wanted to use the creative concept of this UGC, why not reward the creator of the spot with a shoot day on a set with controlled lighting and some professional help. If Dove’s new brand positioning is not “voyeurism is fun if you use Dove” or, “real people shooting sub-optimal pictures of their friends in the shower,” why air a commercial that will make most people feel uncomfortable about watching it?

The conventions of television are well understood by the TV audience. They know, from watching thousands of hours of television, that a normal soap commercial features an actress on a set and are extremely comfortable watching this “play” about getting clean or feeling fresh or whatever messaging the brand is attempting to communicate.

A voyeuristic home movie, looking like it was shot by a friend, backfires immediately as we are now watching something that we perceive to be real and we know we’re not supposed to be there.

Perhaps the goal of the creative director was to take Dove to this new place. Perhaps this was not UGC at all, but an attempt by an agency to “LonleyGirl15” the public and get some press. Or, maybe it was just Dove taking the concept of UGC too literally.

Barry Diller has often said that the talent pool for broadcast television is extremely small. I agree. Chris Anderson would argue that the “ants have megaphones” and that creative success is in the eyes of the beholder. In this case, the medium was not the Internet, nor was it niche or narrowcasting — it was pure “blockbuster” territory. The Oscar telecast is one of the biggest live television events of the year (at least they want it to be). That means that you need a non-offensive host (Ellen), a bunch of clips from blockbuster movies and one or two heartfelt acceptance speeches that offend a few and create just enough controversy to get a few million dollars of post-telecast press coverage to drive ticket and DVD sales. It’s a business.

I think this Dove spot should be viewed as a “teaching moment” for everyone in the advertising business. The concept of a brand empowering consumers to create by giving them access to big stages is perfect! The advanced media engines to accomplish this goal have been built beautifully by companies like Litton Entertainment. Since one of the most important currencies of the Internet is fame, it is the perfect partner medium for such a program. Creating conversations, community and offering the opportunity to attain “street cred” are all part and parcel to the process.

You may or may not agree that this commercial fell short of achieving its marketing and messaging goals. I have not spoken to anyone at Dove or their agency and, for all I know, they are thrilled by the results. If they are, I’m happy for them. From a prospective consumers point of view, the spot did not help reinforce the messaging I have been exposed to from every other piece of Dove creative I have seen. People I have discussed the spot with were left with a feeling that they saw something they weren’t supposed to see — and it bothered them. To me, it looked like a “live-o-matic” demo spot that would have been used in an Agency presentation 10 years ago (only with lower production values).

Now, as the cliché goes, the only thing worse than being talked about is not being talked about so this may ultimately be the most brilliant ad campaign they’ve ever done. Which begs the question, “did it sell more soap?” Oh, wait — the spot was for Dove Cream Body Oil Wash, sorry.